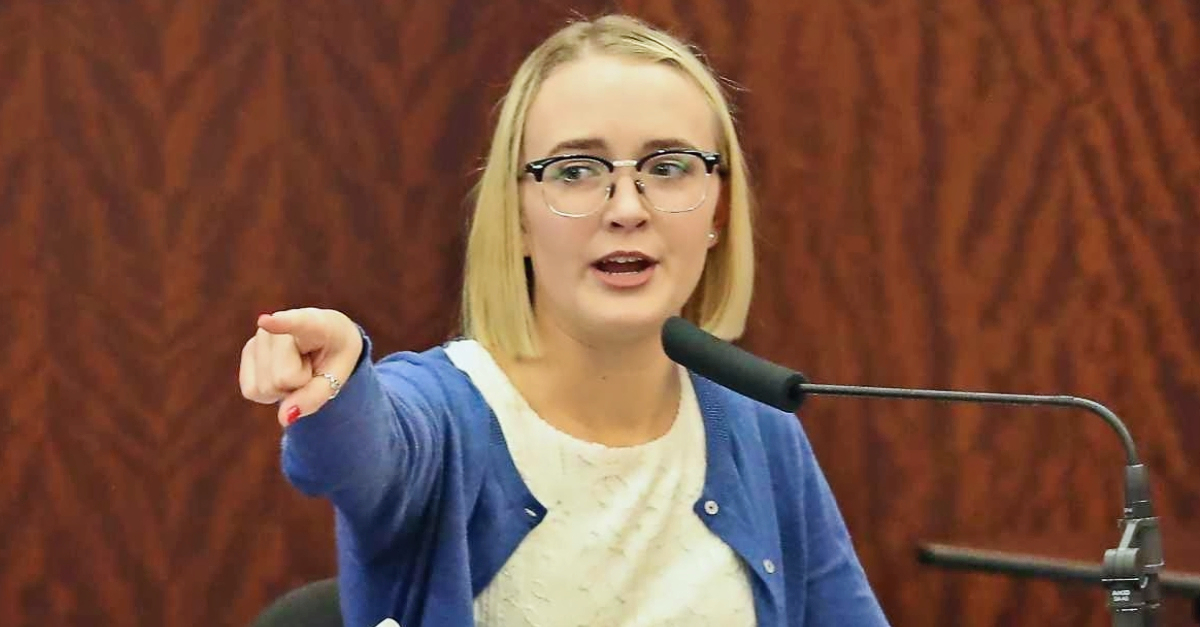 She tried her best to rearrange things and so that she could keep her job and also be a mother. But it seemed that they didn’t want that to be the case.

She had been loyal to the company for ten long years and now that she needed something from them they weren’t budging. She would stop at nothing to make them regret it.

Alice Thompson had always done well as a real estate agent. She was consistently at the top of her firm and always worked hard for her income.

Thompson loved her job, she knew it could be grueling but she loved to challenge herself. She never backed down and always closed the deal.

“I’d put my heart and soul into an estate agency career for more than a decade, that’s no mean feat, it’s quite a male-dominated environment to work in. And I’ve worked really hard to build relationships with clients.”

But she could never have imagined what would happen after she showed just how loyalty and effort she put into her work.

When Thompson was told she was pregnant, she couldn’t believe it. Her dream of being a mom was finally coming true, but she needed to make sure she could support a child.

She took the maternity leave she needed and would look forward to going back to work.

She knew that she was within her rights to ask her firm for some leave. They are supposed to consider all requests fairly.

Thompson knew her rights and decided to exercise what she assumed was fine. But things would turn out quite differently.

Thompson asked for shorter work hours and a 4 day week. She would only work one less hour per day.

Her reason behind it was that she needed to pick her newborn up from the nursery. But it seems that what they would say to her would leave her with a knot in her stomach.

“I made a request for flexible working that wasn’t seriously considered, I proposed what would have worked for me. If that didn’t work for the company, I would have been more than happy to hear a counteroffer, which might work for them.”

“But it was shut down, every avenue, not listened to, not considered. And I was left with no other option…”

She couldn’t believe what she had heard. They didn’t even consider her request, it was flat out denied.

After ten years of working for them, they threw her away like garbage. She hadn’t felt valued at all. After helping the company become what it was they could be this ungrateful.

How could they do this? She just wished she understood why they did what they did. She needed their understanding now more than ever.

“How are mums meant to have careers and families? It’s 2021 not 1971″, she spent a year trying to wrap her head around what had happened until she finally understood something.

She felt like she had no job to return to. It was simply impossible to keep up child care and work a full-time job. She was confused, and hurt. She felt like the industry she worked so hard to contribute to had pushed her out and left her sidelined.

That’s when she decided she needed to teach them a lesson and make them pay.

Thomspon decided to call up a lawyer and ask him where she stood. The lawyer was beaming ear to ear on hearing her case. He swiftly advised her to pursue her case and take them to court under the charges of discrimination.

Thompson had never sued anyone before. She had no idea how this was going to go.

A Ball Of Nerves

She spent hours learning about legal pursuits and how to conduct herself in court. She knew that with a case like this, it was only a matter of time before she hit the headlines.

When she appeared in court, she was trembling with nerves. She looked around the room and spotted the VIP’s in her firm. Before, she did everything she could to impress them.

Now, it was a completely different story. She looked at them with disdain as she made her way to the testimony stand.

She noticed their cold looks as she introduced herself to the court. There was nothing but bad blood between them now. She tried her best not to feel intimidated.

She sat on the chair, facing the court and recounted her unjust experience. Her speech was emotional and inspiring. When she finished speaking, she looked at the judge.

Suddenly, she was thankful the judge was also a woman. Maybe she had children of her own and could relate from her own experience. But Thomspon had no idea what she was thinking. Would her lawsuit hold up in court?

After what Thompson described as “a long, exhausting journey”, the court ruled that the firm’s inability to consider more flexible working put Thompson at a disadvantage among her peers.

The judge upheld her claim and declared that she should be awarded $254,621 for loss of earnings, loss of pension contributions, as well as her injury to feelings and interest. But then the media began to grab hold of the story.

As Thompson predicted, word of her lawsuit spread like wildfire. She hit radio and tv stations around the nation and sparked a big debate on working mothers and their treatment in the workplace.

A lot of people agreed that this was an issue that needed to be addressed – others didn’t.

It’s true that a lot has changed only within the last few decades. But the dramatic change in gender roles could potentially be one of the biggest.

Women are more independent than they ever were. Now, it isn’t too far-fetched to imagine that a woman can have children and maintain a killer career but that doesn’t mean the world is set up for her – quite the opposite.

When the idea of the ideal working week was conceptualized, there were a lot of things that went into consideration that are simply just outdated today.

Back then, it was mainly manual labour. The idea of clocking in and out was because you physically had to be there. Not to mention, the long hours were tailored for a man who back then was the main and often only breadwinner of the family.

Long hours were regarded as the norm so that the man could earn more and provide for his family. But now, there are usually two earners in the family.

Not to mention the complete disruption digital technology has had on working life. Regardless, Thompson knew things needed to be updated and it caused histeria online.

Many people online questioned why she was doing this, suggesting that she was only in it for the money. However, Thompson insists that she was motivated to pursue the legal challenge in order to prompt change.

One of the main motivations she had was her baby daughter.

“I’ve got a daughter and I didn’t want her to experience the same treatment in 20, 30 years’ time, when she’s in the workplace.” She said she’d do it again in a heartbeat to “stand up for what is right”.

The court had this further to say…

“Losing a job unexpectedly is always a cause of unhappiness, shock, and sometimes anger, as shown by the way many employees react to redundancy, even when there has been proper consultation, and even when it is never suggested their performance was not good enough,” the court said.

Ruling In Her Favor

“Here the claimant resented that flexible working appeared not to be considered properly – as in our finding it was not – and felt that this was an injustice because of her sex, which it was.”

The judge agreed that Thomspon received unreasonable treatment considering her circumstance, rights, and history as a valued employee.

Thomspon was relieved that the court ruled in her favor and hoped that the message behind her legal pursuit would reach companies and firms everywhere.

It’s simply not fair to penalize a woman for being a mom and having out-of-work commitments – especially when those commitments are the future generation of their nation. But what do you think?

Stick It To The Man!

Do you believe that this ruling was just and fair for the situation at hand? If so, shouldn’t all companies provide the same flexible working options so that more women can pursue a balanced life of both career and family?

The world is certainly changing, and it’s everyone’s responsibility to keep up with it and encourage an environment where everyone can thrive for better treatment and a better life!