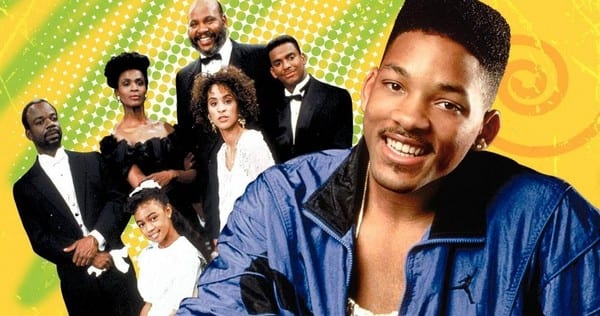 Pop culture is absolutely obsessed with reminiscing about the ’90s. Nostalgia for the ’90s entails remembering a time that seemed much simpler: no social media, cool style, awesome music and amazing television that made us laugh. Nowadays, its hard to walk down the street without seeing a hip millennial dressed in styles from their local vintage shop that mimic that of a 1995 sitcom character. The nostalgia has become a reoccurring theme in music (think Finesse by Bruno Mars and Cardi B), television (the obsession with reruns of Friends) and fashion  (literally anything at your local mall).

Aside from fashion and music, the ’90s are also seen as a golden age for sitcoms. For many, it was a time where the narratives on television were diverse, vibrant and multicultural. Black television, in particular, thrived, and the’ 90s are known to many as the golden age of black TV. Tons of shows depicting diverse aspects of black culture were on the air during the ’90s, and there was something for everyone. These shows not only celebrated black culture and representation, but they also made us laugh while doing it. As if you need any more reason to miss the ’90s, here are five Black TV shows that make us nostalgic.

If you managed to watch Bruno Mars’ latest music video Finesse without going down In Living Color memory lane, then I’d be surprised. In Living Color was a hilarious sketch comedy series created by the Wayans Brothers in 1990. The show was one of the first sketch comedies to feature a cast of mostly people of color, which was opposite of other huge shows like Saturday Night Live. Keenan and Damon Wayans’ bold show often parodied life in the United States and often played with stereotypes and race issues in American society. Actors like Jim Carrey, Jennifer Lopez and Jamie Foxx got their start on the daring sketch comedy. The show’s humor was often crude and didn’t shy away from taking controversial issues and turning them into comedy.

Everyone could use some ’90s dance inspiration from the Fly Girls, the show’s in-house dance troupe. The Fly Girls would perform their iconic high-energy choreographed dances during the opening or throughout the sketches. Jennifer Lopez joined the cast as a Fly Girl in the third season, and we’ve been obsessed with being a Fly Girl ever since!

Tia and Tamera Mowry starred in this hilarious sitcom that followed the lives of twins separated at birth. The identical sisters reunite by chance when they turn 14 and ultimately bring their adopted parents, played by Jackee Harry and Tim Reid, to live together under one roof. The show journeyed through the lives of the twins from high school until college. Sister, Sister also followed the twins adventures through adolescence and how they dealt with their personality differences. Tia was the book-nerd and Tamera was the boy-crazy one, and both were extremely relatable characters who graced the TV screen and made us smile, laugh, maybe cry, but mostly laugh.

Sister, Sister was important for its fun representation of young black teenage girls just simply being themselves in the late ’90s. Be prepared to be shocked at some of the sick ’90s outfits you may see the next time you binge-watch some reruns.

If you never knew how much you missed Sister, Sister, you won’t have to anymore. Rumor has it that a reboot is in the works for Sister, Sister, where all of the main characters will reprise their roles. According to Tamera Mowry, everything is in place for the reboot, they’re just waiting for a network to pick it up.

3.) The Fresh Prince of Bel-Air

If you’ve ever been to a ’90s night at a bar, then rapping along to the catchy theme song to The Fresh Prince of Bel-Air is inevitable. Will Smith’s debut show is one of the most popular ’90s sitcoms in the world and to this day, is guaranteed to still make you shed a few tears from laughter. The NBC show ran for six years, from 1990 to 1996, and depicted the life of a boy from West Philadelphia who gets sent to live with his affluent family out West. The Fresh Prince’s adventures were often fun and light-hearted but also showed the subtle clashes between class and culture in the black community. Will encountered many of these cultural clashes hilariously throughout the show when he went to live like a prince in his aunt and uncle’s mansion in ritzy Bel-Air.

Aside from Will and Carlton’s hilarious adventures, watching an episode of the Fresh Prince will give you all of the style inspiration you need and a healthy dose of ’90s nostalgia.

Six Brooklyn natives navigating their career and love lives sounds like the typical premise for any TV drama, but Living Single was one of the first to do this back in 1993. The show starred main characters Queen Latifah, Kim Coles, Erika Alexander, T.C. Carson, John Henton and Kim Fields. It ran for five seasons, from 1993 to 1998, and is known as one of the most beloved black TV shows from that era. The characters were all single, independent and successful and enjoyed life while sharing a brownstone, something that would be a dream for many millennials today.

Living Single was a game-changer at the time because, while there were a few black sitcoms on air, there weren’t any portraying four successful black women and all of the ins and outs of their dating lives. Living Single was about being young, black and single, and many viewers still identify with the show’s relevance and timelessness.

The ’90s had it all in terms of black TV shows, from parody sketches to family dynamics to the single life. A Different World started as a spin-off of The Cosby Show and followed the life of Denise Huxtable as she went off to college. The show was produced by Debbie Allen, the sister of Phylicia Rashad from The Cosby Show and featured many references to the original series throughout the show. Lisa Bonet eventually left after the first season, and the series developed into a show focused on the experiences of Whitney Gilbert (Jasmine Guy) and Dwayne Wayne (Kadeem Hardison) at their historically black college. The show portrayed life at an HBCU and dealt with issues that were relevant to the experience and time. Even though it technically started in the late ’80s, A Different World is still considered an iconic ’90s hit, since it ran until its last season in 1993. A Different World expanded on the success of The Cosby Show and made it relevant to young people growing up in the then.

What were your favorite ’90s TV shows? Did we miss any? Comment below!

Want more ’90s television nostalgia? Reminisce with our list of the hottest moms from ’90s TV.