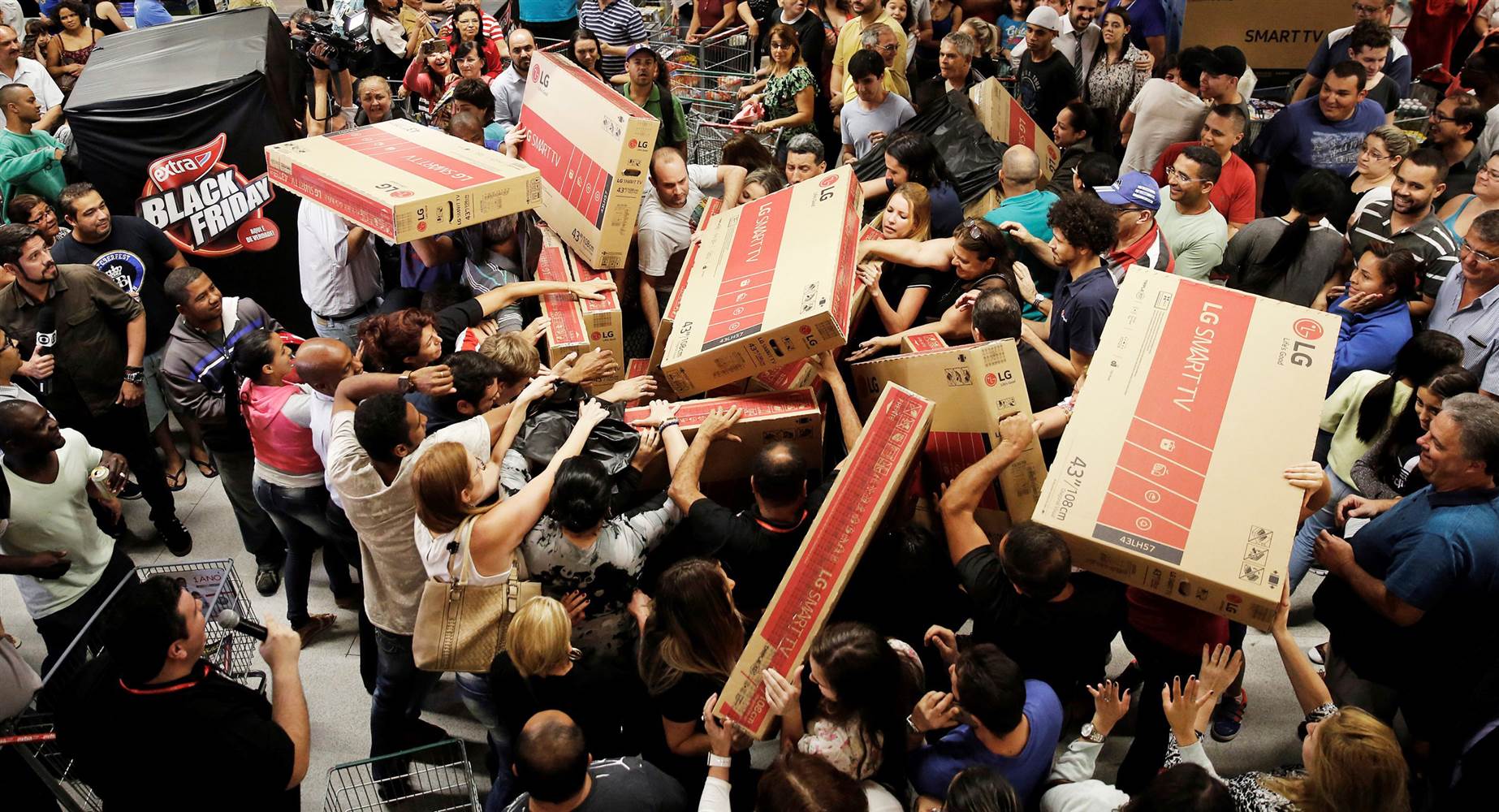 When Robert Smith was singing those lyrics, he had beautiful Fridays in mind. Fridays filled with good friends, fun nights, and lots of love. What he didn’t have in mind was the consumerism version of Mortal Kombat that is Black Friday.

The day after Thanksgiving, which has now oozed into Thanksgiving night, has become ubiquitous with giant sale signs and the illusion that if, and only if, you’re at a store at four in the morning can you possibly get a good deal on a TV, sweater or bonus pack of underwear.

The fact is, like most advertisements, the shinier they are, the more likely they are to blind people.

Personally, I react to Black Friday with a quote from the classic film Friday.

If you’re still considering braving the cold, running out on your family immediately following Thanksgiving dinner and possibly having to dress like you’re in Mad Max to avoid getting run over by your fellow man, here are five videos you should watch so you’ll be fully informed on the true spirit of Black Friday.

Check out this clip that shows the differences between Black Friday shopping in 1983 versus how it looks today.

Thirty-four years ago the worst thing you might encounter is a stray elbow because stores had a few extra people in them. One man in the clip even says of the 1983 version of the Black Friday experience, “I like to be out enjoying the time.”

He liked to be out enjoying the time!!!

What happened between then and now?

Well, the folks who made the video feel this is a sign of the end of civilization as we know it. Personally, I think that may be a bit of a reach. Then again, if someone out there is doing pro wrestling moves on a stranger because they’re trying to snag the last discounted toaster … maybe the people who made this video are onto something.

4.) Every Year It Gets Worse

Hyperbole aside — and there’s quite a bit of it in this video — there’s something seriously wrong with us when we trample grandmas and commit manslaughter on store employees, and don’t then make every attempt to become better as a people. In fact, rather than look at ourselves in the mirror, we regress even further. We’ve regressed so far that even the smallest chimp at the start of our evolutionary model is giving us a look of derision.

But what does a chimp know about a deal on a flatscreen TV, right?

3.) Ellen Breaks It Down

Leave it to Ellen DeGeneres to give it to us straight (pun fully intended).

“Black Friday is a wonderful day for people who don’t like to shop online, but love getting punched in the face.”

Do you like getting punched in the face? I mean, if you’re a mediocre boxer, or MMA fighter, perhaps that’s the case, but unless you’re in one of those professions, my guess is you prefer to keep your face away from people’s fists.

Black Friday can lead to black eyes, so I hope you picked up a bag of frozen vegetables to put on that shiner … at a huge discount, of course.

2.) You Gotta Fight, for Your Right … to Buy Discounted Pants

Take a look at this 1:38 clip from CNN, and ask yourself this: Is it really worth going full on Beyond Thunderdome for a slightly lower price on a pair of pants?

People are out there throwing haymakers to save a couple bucks.

If you value your sanity at all, you’ll avoid this post-apocalyptic mess.

After seeing all of those fights, I’m beginning to think the only good mall is an abandoned mall.

Sure, they may be creepy as heck, but there are no lines, and no one’s trying to fight you over a stuffed animal that laughs when you tickle it.

Be safe out there on Black Friday, folks!

Do you have a Black Friday horror story? We want to hear about it in the comments below!