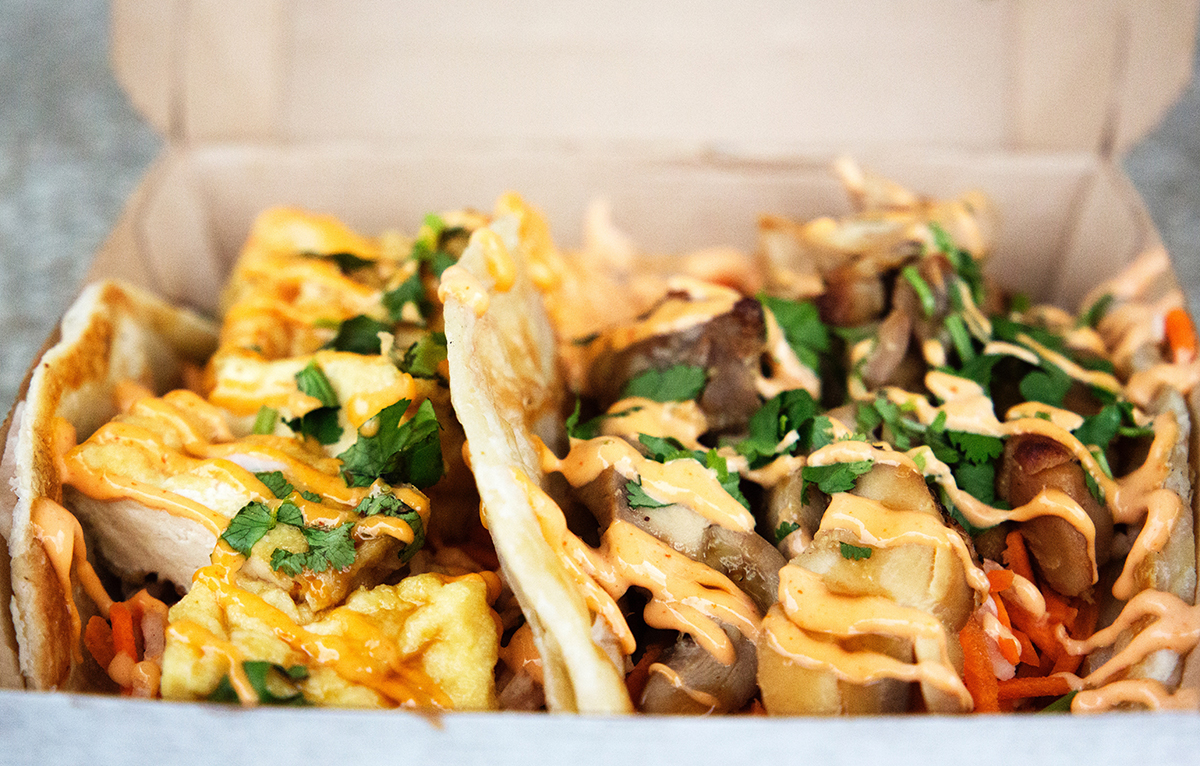 When people think of the best food destinations, it’s safe to say that London doesn’t always make the top of the list. But with celebrity chefs like Nigella Lawson, Gordon Ramsay and Jamie Oliver and the numerous food markets and restaurants popping up in the British city, people are starting to give it another chance as a foodie’s paradise. Despite the growth in London’s food culture and diversity, it took a while for tacos to really make a mark. That is, until now.

While you would probably found a plate of nachos on most pub menus, usually those plates were just chips with melted cheese and some meat — hardly the authenticity some people are craving. So finding an authentic Mexican taco would be a little hard to come by. But as Mexican street food grew in popularity in other locales, London eventually followed suit. Luardos became an early player in the game with its selection of burritos. The food truck has been serving these hefty handheld meals out of their Citroën H Van on Whitecross Street since 2007. They’re also found around the festival market during the warmer days. Although Luardos is a great spot to grab a burrito, this list is dedicated to tacos.

Even though some may think they’re just a flour or corn tortilla filled with “stuff,” tacos have been one of the most popular foods around the globe. You can have them for breakfast, lunch, dinner or even after a crazy night out to soak up all that alcohol. And with London raising its food game and adding Mexican restaurants to the mix, we thought it would be helpful for you to know where the best taco spots are to celebrate Taco Tuesday.

For about £8, you will get a pair of tacos from their interesting menu. From Hertfordshire pork and grilled chorizo, 8-hour braised Pasilla radish, the Tooley Street eatery serves a host of flavors. But don’t knock them until you’ve taken a bite. And to sweeten the deal, they offer a lunchtime menu of two courses for £15.50 and three courses for £19.50.

And if you are vegetarian, the soft shell tacos filled with serrano mayo and cabbage option are the one for you. They also offer a blue cheese tortilla filled with chihuahua cheese and salsa verde, which sounds delicious.

Nestled in Marylebone, Mole Taco Bar will make you feel like you’ve stepped into a little nugget of Mexico. And while they have a pretty substantial tequila and mezcal menu, it’s safe to say that you’ll want to try their tacos. Not only can you nosh on a cochinita pibil one with pulled pork, orange habanero, pickled onion and avocado, but they also have a couple of seafood options like the octopus a la Mexicana, which has octopus, pico de gallo and popcorn shoot. And veggie diets can try their cactus tacos with queso oaxaca, figs and crispy shallots.

Mole Taco Bar also serves some refreshing raw dishes including a number of ceviches including a plant-friendly one that is made with palm heart, coconut milk, pineapple, cilantro and red onion. And be sure to make room for dessert. The Mexican restaurant has two desserts on their menu — spicy mango deconstructed cheesecake and dulce de leche crème brûlée for £5 each.

As we mentioned above, tacos aren’t just for lunch or dinner. You can also have them well into the evening. So if you’re having a long night and need something to get you through your commute back home, El Camion is the spot for you. The Soho spot is open from 12 pm to 3 am, which makes it a great place to grab a midnight snack. The menu has a variety of tacos, enchiladas and burritos that are moderately priced so it won’t be breaking the bank. They also offer mini taco platters — 9 pieces for £18 or 12 for £22. And they make their salsas and sauces in-house. So definitely try one of those while you’re there.

Tacos aren’t the first thing you think of when you walk into a place called Bad Sports. However, the food spot blends the American sports bar and Mexican taqueria pretty well. They offer up the more traditional Al Pastor with chipotle pork shoulder, pineapple and arbol salsa. But they also have some other fun tacos like the fried chicken taco, which comes with pickled watermelon, guacachile and habanero salsa. They also have a sweet potato version that includes pecan mole, guacamole and pumpkin seeds.

Bad Sports is a super chill spot where you can do a casual date with your significant other. Or it can be the start of a night out with your friends. If you’re in for the latter, then you may want to try the BS margarita slushie or a shot called Unnecessary Roughness, which might sound great at the moment but end up being a bad idea later. Carpe diem, right?

And finally, there’s Breddos Tacos. Starting out a taco shack in Hackney seven years ago, Breddos has become one of the best places to grab tacos in London. And if you’re a newbie, check out their original spot in Clerkenwell. However, we’ll warn you. If you’re a Mexican food purist, this spot might be a little too out-of-the-box for you. But that doesn’t change the fact that their menu is mouthwatering. Aside from fish tacos that let you add caviar or carne asada tacos with bone marrow, there is also a lamb sweetbread option. And there’s one with Burford brown egg and a macadamia nut mole. They also have a number of specials that are great for sharing or perfect if you’re feeling hangry.

And if you’re in a rush at lunch, you can opt into their takeout taco box combo, which comes with two tacos, rice and beans as well as chips and salsa for £8. And for an extra £2, you can add an agua fresca.

Looking for something to do before or after stuffing your face with tacos? Check out these one-of-a-kind London experiences!