Oprah Winfrey is one of the most powerful women in the world. She is and was the queen of a lot of things, one of which was the giveaway circuit on her show, The Oprah Winfrey Show. Over the years, Oprah giveaways entailed her lavishing a lot of pretty amazing things to her guests, and they loved her for it. Her generosity knows no bounds: Even Oprah’s dogs are set up for success and set to inherit her fortune one day!

Here are a few of our all-time favorite Oprah giveaways:

According to Oprah, her all-time favorite giveaway was in 2006, during a show on giving back. At the end of the show, one of Oprah’s giveaways was to give each audience member a $1,000 Bank of America debit card. The second of Oprah’s giveaways was a hand-held camera. There was one caveat: Audience members had to “pay it forward,” and use the money to help people in inspiring and creative ways. People could give the entire sum to one person, or split it among various causes. Relatives were off-limits.

Oprah called this “[her] favorite giveaway ever.” “I can honestly say that every gift I’ve ever given has brought at least as much happiness to me as it has to the person I’ve given it to,” Winfrey told her audience. “That’s the feeling I want to pass on to you.”

“You’re going to open your hearts, you’re going to be really creative, and you’re going to spend it all at once on one stranger or spend a dollar on every person,” Winfrey said. “Imagine the love and kindness you can spread with $1,000.”

This is one of our favorite Oprah giveaways, too!

For the premiere of the 25th anniversary of The Oprah Winfrey Show, Oprah wanted to do something major. So she sent her entire audience – all 302 of them –  to Australia!

“Oprah believes it’s always better to share things. So for the season premiere, we filled the audience with ‘ultimate viewers,’ who had written to us with beautiful personal stories about their connection to the show,” said Jill Van Lokeren, senior supervising producer of The Winfrey Oprah Show. “Seeing their reaction when we told them they were going with Oprah Winfrey to Australia – well, let’s just say it really was amazing.” 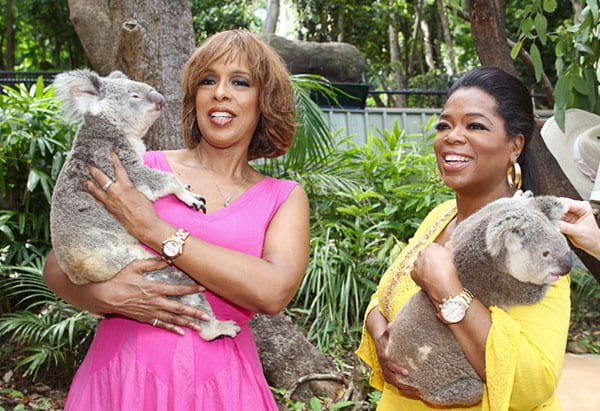 Oprah and Gayle with their new friends. Photo: Oprah.com

Oprah’s best friend Gayle King joined the trip as well. The trip wasn’t the only part of the Oprah giveaway: The group spent eight nights in Australia, met a few koalas, saw U2, enjoyed “shrimp on the barbie,” and enjoyed a fireworks display over the Sydney Harbor. What an epic experience, all thanks to Oprah giveaways!

Oprah’s final “Favorite Things” episode was a doozy, lasting two episodes, and it was by far the best of Oprah giveaways. The audience comprised hand-picked “ultimate fans,” as well as people who had given back to their communities and families.

Oprah surprised her guests with an all-inclusive, seven-day cruise on Royal Caribbean’s Allure of the Seas ship. The ship features a two-story dance floor, an ice skating rink, a zip lining course, rock climbing and even a park!

That wasn’t the only gift that day, though. As this was her final “favorite things” episode, she wanted to make sure it was truly spectacular, so she included a few other things as well: a 52-inch Sony Bravia 3D TV valued at $3,600; a performance by the Black Eyed Peas; a diamond-studded Phillip Stein watch, valued at $2,475; and  a Nikon digital camera. And the gifts didn’t end there! She also threw in Ralph Lauren cashmere sweaters and throws; lasagna and brownie trays a Sony Blu-Ray player and movie collection; a five-year membership on Netflix; four pairs of Nike running shoes; the Black Eyed Peas’ latest CD; and Decoded by rapper Jay-Z.

Talk about a good show to be present at! 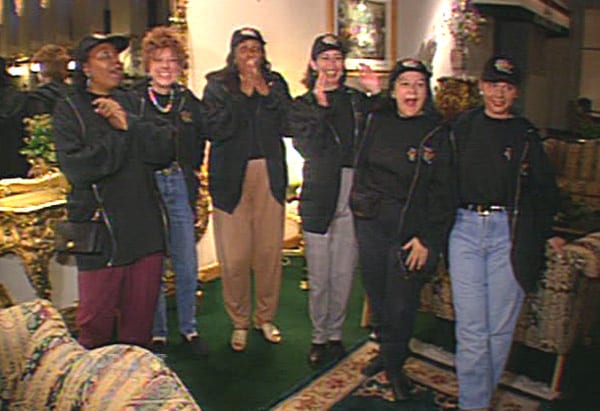 In 1997, The Oprah Winfrey Show went on tour with Tina Turner and brought along a few well-deserving women.

For this Oprah giveaway, Oprah asked her viewers to write in and explain why they – or someone they wished to nominate – deserved to go on tour with the Tina Turner. Close to 76,000 women wrote in and only a lucky six were selected. And lucky they were! The ladies were given the VIP treatment: luxury car service, a shopping spree and front-row tickets to the show.

It’s perhaps the most famous moment of Oprah giveaways and most famous quote:  “You get a car! You get a car! Everybody gets a car!” During the season premiere of her 19th season of  The Oprah Winfrey Show in September 2004, Oprah made history by gifting every member of her audience with a brand-new car. She had asked her staffers to find audience members who were in need of a car, thus, the crowd was very appreciative.

The cars were Pontiac G6s worth $28,500, and 276 audience members received one. The cars were part of a promotion for Pontiac to promote the newly introduced G6. While Oprah got the credit, Pontiac’s advertising budget covered the costs. Frank Brady, chairman of the mass communications department at St. John’s University in New York, called it “one of the great promotional stunts in the history of television.”

The giveaway wasn’t without backlash, however. The cars were agift, but the recipients still had to cover the federal tax on prizes (which are considered income), which came out to around $7,000. A Harpo spokesperson reported that the winners had three choices: They could keep the car and pay the tax, sell the car and pay the tax, or refuse the car.

Were you a fan of The Oprah Winfrey Show? Tell us in the comments which of the Oprah giveaways was your favorite! 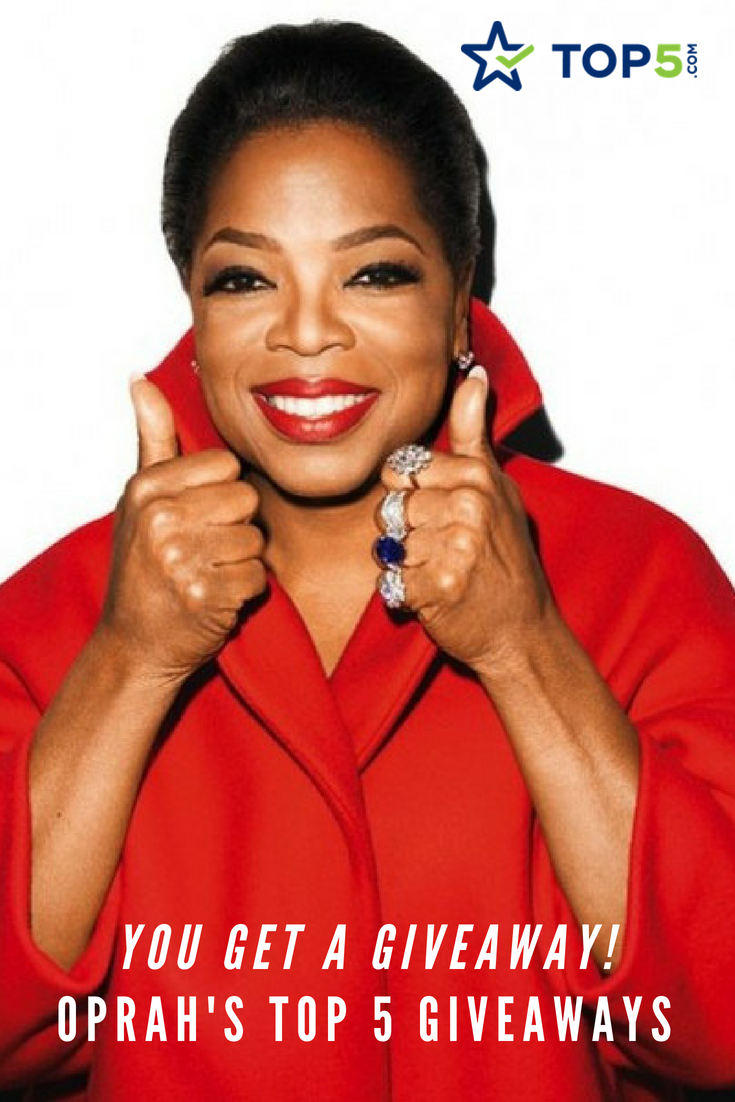