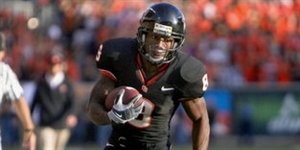 Wide receiver is perhaps the single most exciting position in the NFL. Any fan would be hard pressed to come up with a play more electrifying than a deep, downfield pass, and these guys get to literally be on the receiving end of it.

The men who play this position are lightning fast, freakishly athletic and have some of the most enigmatic personalities in the game (just ask Ochocinco’s wife’s head). They have amazing hands, precision footwork and remarkable amateur choreography skills.

But which of these men can actually lay claim to being among the greatest of all-time? Well if you ask them, all of them can. But luckily, we just went with our own opinions. 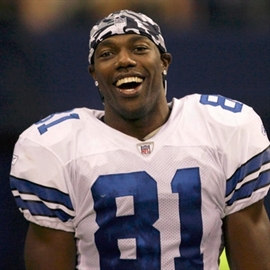 Say what you will about him, but T.O. is up there in the record books. He’s second all-time in yards, third in touchdowns and first in total dick-otry. On the field he was stronger than most any receiver in NFL history, but it was his attitude and off the field antics that most people know him for and which eventually got him cut from every team right down to the Indoor Football League Allen Texas Wranglers (wish that were a joke, but it’s not). But let’s just commend him for his football skills and leave everything else out of it. After all, the guy has feelings. 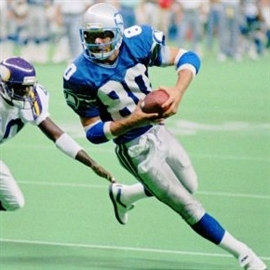 When you look at pictures of Steve Largent in his playing days, the first thought that likely crosses your mind is, “Why the hell is that punter wearing number 80?” Largent stood just 5’11” tall and weighed only 187 lbs., yet he led the NFL all-time in receptions, yards and touchdowns when he retired in 1989, giving inspiration and misguided hope to small white guys everywhere (you’re welcome, Wes Welker). Not only is he known for having some of the greatest hands of all-time, Largent would also put a hurting on any defensive back that dared intercept his ball. We defy you to watch this clip and not laugh out loud. 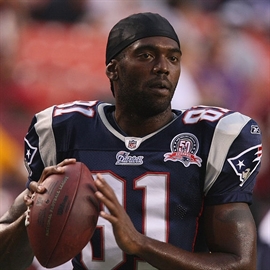 In his prime, Randy Moss was simply unstoppable. He’s second all-time in receiving touchdowns, fourth in yards and holds the record for most receiving touchdowns in a single season with 23. In fact, he’ll probably go down in history as the fastest downfield threat ever, having been so good he somehow convinced us all that Daunte Culpepper was a Pro Bowl quarterback. On top of his blinding speed, measuring 6’4” (6’10” when he let his hair out), Moss could go over the top of most any defender to snatch a deep ball. Sure he was a bit of trouble on occasion, but it was well worth it for us to find out how he paid his NFL fines. Straight cash, homie. 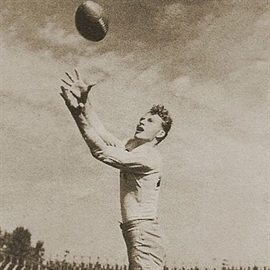 The accomplishments of Don Hutson are perhaps the most impressive of anyone on this list considering he flourished during the Great Depression, on a diet of what we assume was mostly low-grade cheese and potato water. Hutson led the league in touchdowns eight times, a record that still stands and will likely never be broken. He also held the record for most TD receptions for 44 years before Steve Largent broke it in 1989. Don Hutson is without a doubt the father of the modern NFL wide receiver. Or really, probably the great grandfather… but you get the point. 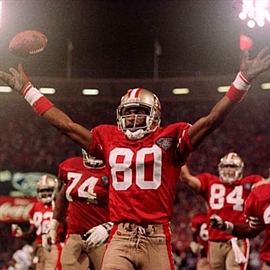 Is there any man in the sport who presents an easier case for being the best ever? Jerry Rice literally runs away with the top spot on this list. He’s the all-time leader in career receptions, yards and touchdowns. He won three rings and owns the record for Super Bowl catches and touchdowns. He had seasons with 25+ touchdowns in three different decades. Basically, Jerry did so much as a wide receiver that he was able to wear this on Dancing with the Stars and still not lose one iota of our respect or reverence. Jerry, you’re the greatest.

Well, there you have it. The top five greatest receivers in NFL history, cut and dry. Was it hard to leave certain guys off the list? Not really. Hines Ward was an easy cut because of his ever-present douchey-ness; Marvin Harrison missed out because Peyton Manning could throw 100+ touchdowns to a three-legged dog; and Lynn Swann fell just short because, well, because he’s just so damn pretty and that should be enough.

In any case, if you think there’s someone who should’ve made the top 5, maybe make a list of your own. But don’t dare include Lynn Swann; that bastard’s already got it all.