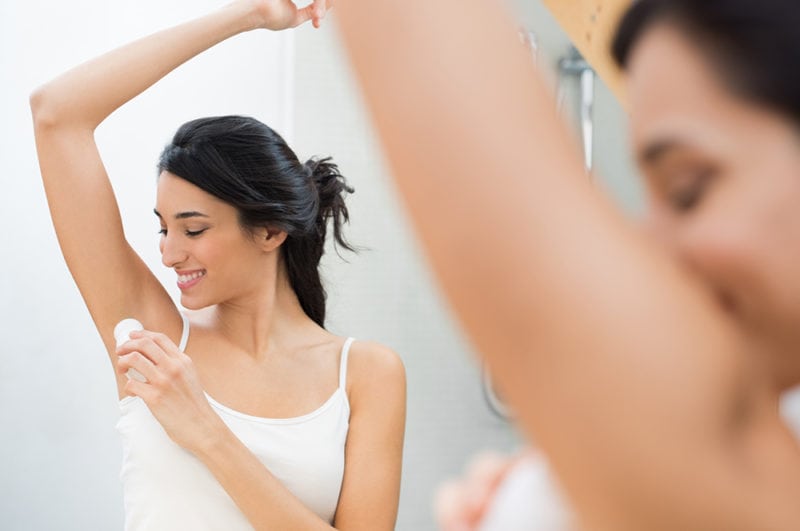 Everyone’s switching from chemical-based skincare and deodorant to natural skincare and deodorant. The reasons are tenfold: essentially, your health and the environment. Let’s be real: using chemicals with harmful side effects won’t benefit you, but switching to gentler products that will still nourish your body and work? That’s a no brainer.

Why should you make the switch from an antiperspirant to natural deodorant anyway?

Antiperspirants block your sweat glands with aluminum salts and other chemicals. Natural deodorants  let you sweat. They just mask any body odor and are totally free of chemicals and parabens. There’s a rumor among the medical community that there’s a pretty clear link between breast cancer and the chemicals found in antiperspirants.

Here are the best natural deodorants that actually work: 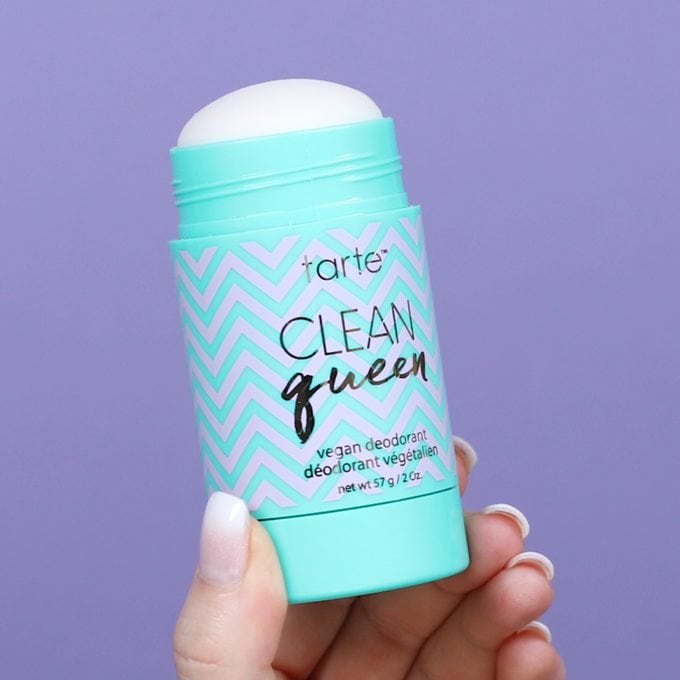 This squeaky clean vegan deodorant is aluminum and alcohol free. Instead its hypo-allergenic formula is full of natural odor neutralizers and conditioners like aloe vera. It’s a cream to powder formula that won’t leave any white streaks or wetness on your clothes. It’s a clear choice as a best natural deodorant — it smells delicious, and is a gentle deodorant that won’t be harsh on your skin.

The cute twist up packaging makes it feel a little more glam than other natural deodorants. It also smells delicious. Think vanilla mixed with a powder fresh scent. 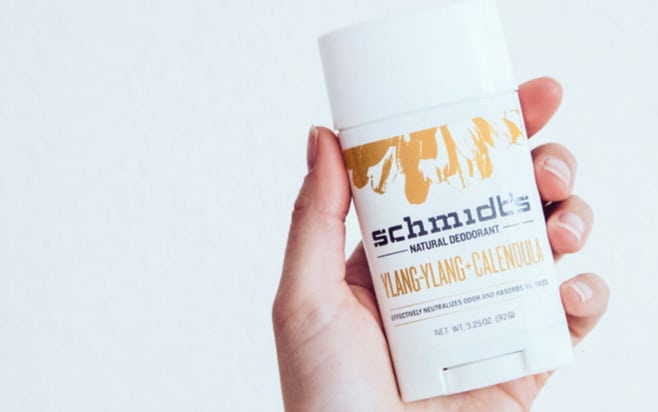 This is the top natural deodorant according to Goop. The ylang ylang and calendula is Gweneth Paltrow and Kourtney Kardashians go to scent. I’m currently a fan of the vanilla and rose. It smells like a bouquet of flowers. Honestly though, all the scents smell delicious.

Schmidt’s natural deodorants are made with serious plant based power. Coconut oil, vitamin e, and shea butter condition your arm pits and natural anti bacterials from essential oils stop any odor from developing in the first place. It’s also the best natural deodorant to help minimize sweat. This deodorant won’t stop you from sweating but it will absorb most of the wetness. 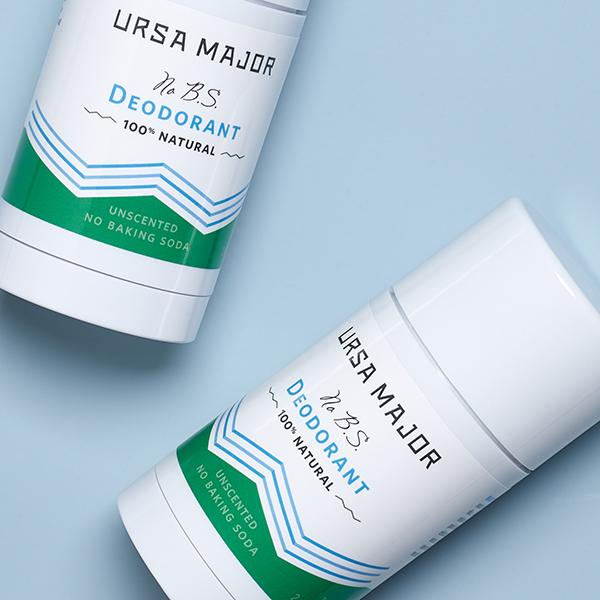 If you’re not a fan of strong fragrance Ursa Major’s hoppin’ fresh natural deodorant is worth a try. It has an uplifting smell that isn’t overbearing. This best natural deodorant also has a nice cooling effect when you first glide it on thanks to the peppermint and eucalyptus. 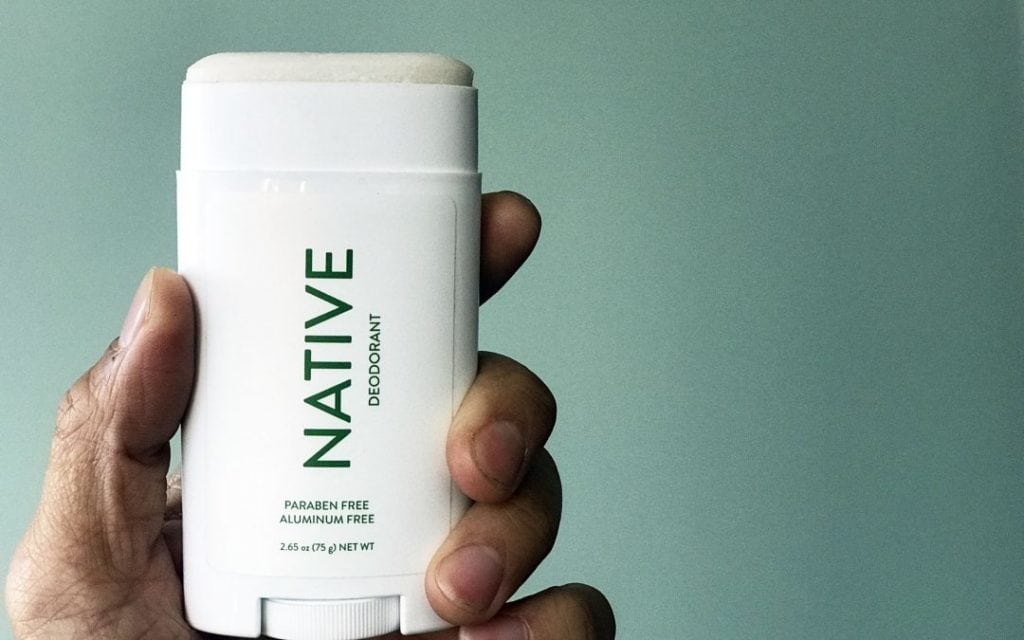 Google Native Deodorant reviews and it’s clear this one’s a winner. It’s one of the best natural deodorant products on the market. If you aren’t convinced, check out this article by Man Repeller calling Native the best deodorant according to two deodorant snobs.

Turns out probiotics are the secret ingredient. No other deodorant company is including it but Native. Probiotics, like acidophilus are bacteria that are found naturally in your gut. When you use probiotics in your deodorant they eat up all the odor causing bacteria inyour armpits. The result is fresh, odor free underarms. 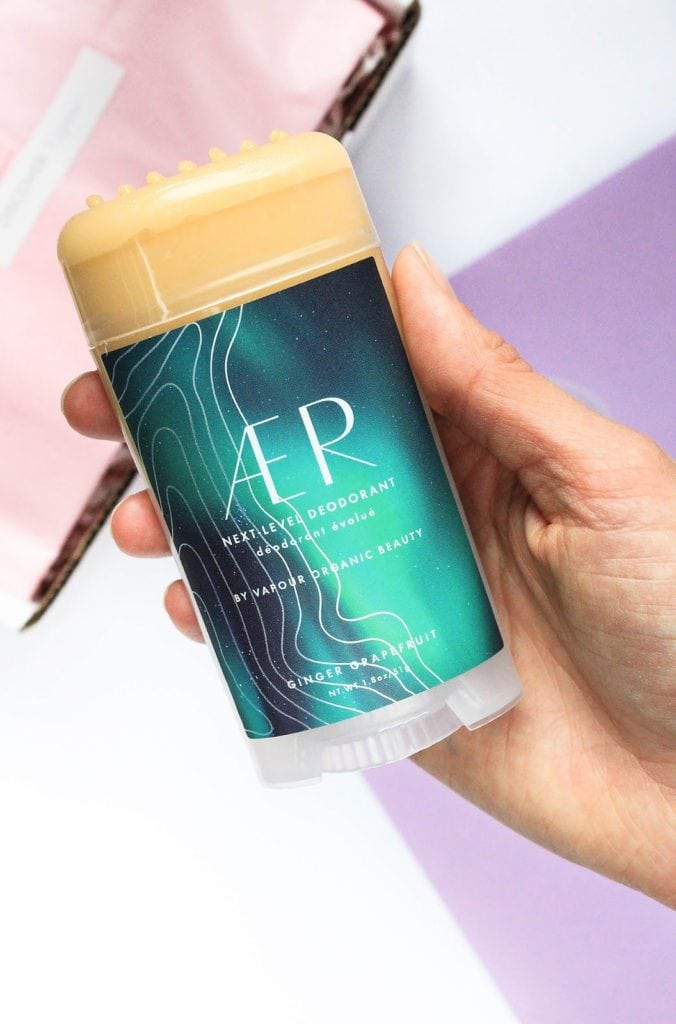 AER uses a gel-to-powder formula that glides on without leaving any wetness behind. According to the directions, a little goes a long way. The formula is made from essential oils, baking soda, arrow root powder, sunflower oil, and coconut oil.

According to Buzzfeed, AER is hands down the best natural deodorant money can buy. Speaking of money, it’s also one of the more expenses natural deodorants on the market. One stick will cost you $24.

Here’s a list of all the natural ingredients you should be looking for when choosing a all natural deodorant:

Alcohol: Inhibits bacteria. A lot of natural deodorants don’t include alcohol, if yours doesn’t make sure it includes another kind of natural anti-bacterial.

Vitamin E: An antioxidant that acts as a natural preservative and helps condition.

Zinc Oxide: Used as an anti-bacterial.

If you’re making the switch for the first time from antiperspirant to an all natural deodorant, your body might need time to adjust before it’s fully effective. Your pits might even do a little detoxing from all the toxins built up from years of antiperspirant use. When your body tries to detox it can sweat and/or smell more than usually.

Don’t be discouraged though. Within a week or two you should notice that your natural deodorant works just as well as your old chemical version. It’s important to make the switch. Deodorant is one thing, no matter how low maintenance you are, that you’re going to be applying every day for years. Make sure it’s a natural one that isn’t causing toxic build up in your body.

What’s pushing you to make the switch to all natural deodorants? Let us know in the comments.