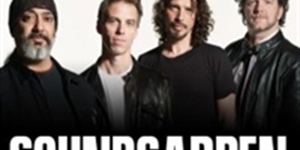 The 90s were one of the most fascinating decades of music to ever grace our ears. Mostly because of how short lived it was, and how much it managed to accomplish in that short period of time. Now, grunge is a term reserved for tumblr girls who wear upside down crosses and have dip-dye hair. This fact is quite sickening. Grunge, as a musical genre, influenced all aspects of pop culture – and the video making that came along with this radically different genre was equally magnificent.

It is all her fault that the “grunge” tag on tumblr is filled with girls with smudged makeup in various stages of undress, and Instagram pictures of creepy stuffed animals. However, that does not detract from the sheer power that Fiona Apple puts forth in the video for Criminal. Warped, untouchable sex appeal, mixed with the dystopia of the song, makes you depressed and aroused at the same time. It’s hard not feel like American Apparel blatantly ripped Romanek and Apple off in every single ad campaign they ever did. But you can understand why. The voyeuristic appeal of Apple’s sexuality as illustrated by the video only makes her vocal prowess that more impressive.

The video for Closer seems more like a movie in and of itself, with the song as its soundtrack. A brilliant smattering of horrific images, this video is like a car crash; you want to look away but you can’t. You actually feel scared that Trent Reznor is going to break through the screen and indeed @#$% you like an animal. You can’t help but admit that the genius of the video doesn’t overpower the song, and that together the song and video make a perfect pair. Though it’s not quite clear if there’s a real “message,” besides animalistic lust, the video for Closer showcases a brilliant combination of visual and musical art. Its imagery is not just pure shock value, but rather it is artistically tailored, edited, and combined with the arch of the music to make one of the most unique videos to come out of the 90s.

Besides being the anthem of a generation (or two) and the song responsible for one of the biggest shifts in music in the last century, the video for Smells Like Teen Spirit is also renowned for being as ground breaking as the song it accompanied. It is almost impossible to watch the video without wanting to trash whatever room you happen to be in. Because the video mimics the rise and fall of the song, with its climactic destruction of the high school gym, your heart races the whole way through. Putting aside the genius of the song, the video has a similar impact of Black Hole Sun’s, managing to bridge the gap between music and visual art to create a seamless representation of the message within the music. Nirvana’s genius is so aptly represented by the video – it shows what Nirvana was about to mean to the world, and what it was about to do to (and for) a generation of kids. It gave them the power to jump up out of their chairs and change something (in this case destroying the confines of their school), and break the barrier between performer and audience. All in all, the video is just as awe inspiring as the song.

Taylor Hawkins makes a surprisingly attractive woman. Fortunately, this is not the last time various members of Foo will dress up in drag. But that’s beside the point. Not only is Everlong one of the most brilliant songs of the 90s, but also the Foos’ video for it is simultaneously hilarious and deeply touching. We are taken through two dream sequences, Dave Grohl’s dream is a warped punk rock party, and Taylor’s is a bizarre horror movie. The video makes you smile and laugh and tap your foot and when Grohl comes to rescue damsel in distress Hawkins from psycho killers Pat Smear and Nate Mendel, the weight of the lyrics somehow set into your heart and you remember what the song is really about.

The five minutes and twenty-one seconds of video that is Black Hole Sun is pure warped, dark-psychedelic genius. Proving that grunge was about more than ripped jeans and flannel, the video seems to have been done in Technicolor, sporting twisted iconic images of white picket fences, dead grandmothers, and fire-roasted Barbie dolls. You might be completely repulsed by the video – but you should be. Its genius comes from the fact that it manages to visually interpret what the grunge movement was about – it was about change, about shedding the conventions of previous generations, and it was about creation. To see it is to believe it. While the song may not be the anthem of the grunge movement, Black Hole Sun is singularly brilliant in its ability to transport the message of the music to a visual medium.

There is a reason that the 90s are one of the most talked about decades in musical history. The juxtaposition of the political and socio-economic climate in contrast to the synthetic pop culture left over by the 80s made for the perfect catalyst for something new – and grunge came in and shook the world. These five videos accompanied some of the most ground breaking songs of that decade. It proved that grunge wasn’t just a change in music, but it a change in art, and as such a change in culture.