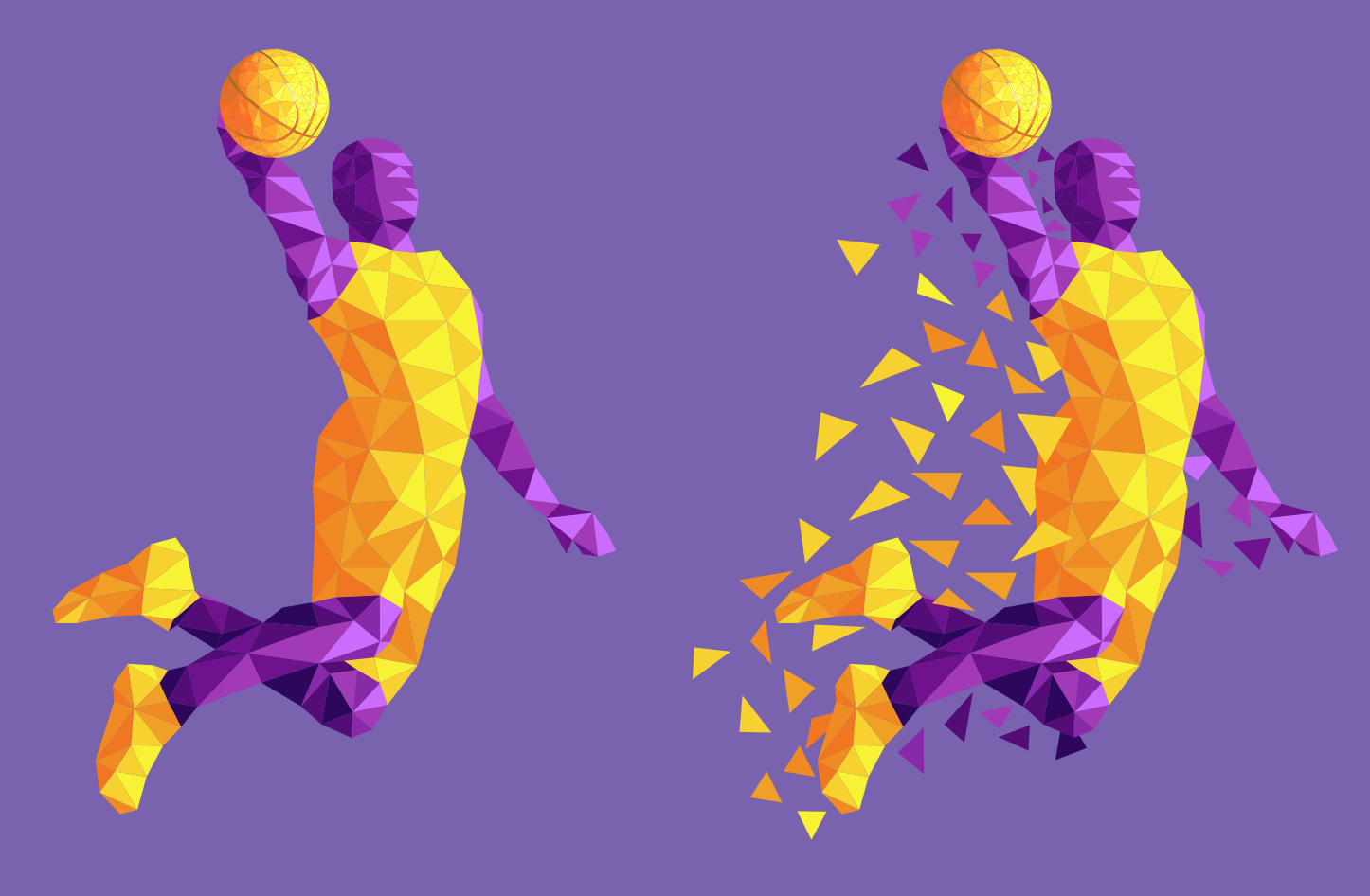 There’s a place where basketball’s elite go to become royalty, to be forever immortalized in purple and gold — of course I’m talking about the Lakers! Now, before you go accusing me of being a hometown kid, let me openly admit it: I LOVE THE LAKERS! My heart beats gold and forum blue (that’s what the purple is actually called, in case you weren’t aware), and I remember rooting for Vlade and Nick the Quick as a child. Those guys were good, but today we’re talking about (drum roll)… The Best Lakers of All Time! Am I excited? Well, daunted and ecstatic. But I know I’m the MVP of this discussion. So sit back and watch me take this list all the way…

Do your homework: George Mikan isn’t just the first great Lakers center, he’s the first great center period. In fact, Mikan is the reason the NBA became a game dominated by big men. Presumably before that, it was just a bunch of short, scrawny dudes wearing high socks and flinging the ball like seven-year-olds at a peach basket. (Thank you, thank you, THANK YOU, George Mikan for changing that, by the way.) But he also provided the beating heart of the first Lakers dynasty, winning five out of six championships in the Minneapolis days. He led all of those teams in points and rebounds.

Yes, the logo himself. Jerry West provided the hard-nosed defense and brilliant scoring ability that came to define what makes a great Lakers guard. First with Elgin Baylor, later with Gail Goodrich and Wilt Chamberlain — West did whatever he could within his game to contribute to some teams that one a hell of a lot of games. Fortunately, Jerry West could do pretty much everything: defend, score, distribute, steal. Unfortunately, he wasn’t the one guarding other team’s centers. So, it wasn’t until he joined forces with Wilt the Stilt that he finally broke through in ’72. But for being the mainstay of the Lakers through the late-50s into the mid-70s, Jerry West deserves your love for maintaining the winning tradition.

The one absolutely unstoppable move in the history of the NBA is Kareem’s beautiful skyhook, which seems to flow through his body like a wave — it courses through every bone and tendon until the ball sails through the net. For further proof, look at Kareem’s resume: the NBA’s all-time leader in field goals made and attempted is also the league’s all-time scoring leader, yielding him six championship rings. He one five of those rings with Magic, and the two of them are the best point guard-center combo of all time. Oh, by the way, he carried the Lakers through the seventies (along with Jamaal Wilkes), making the playoffs every season he wasn’t injured.

For all the greatness that other players have brought to a Lakers uniform, no one seemed as comfortable in the limelight that the uniform brings with it. OK, maybe Shaq. But beneath that jack-o-lantern smile was the heart of a champion, fierce and ravenous to slaughter anything it saw wearing green. Magic’s court vision and passing ability are still, I believe, unrivaled. But his distribution abilities often over shadow his scoring ability. He was able to shoot the three and cut to the hole with the best of them; indeed, the need to pay defensive attention to Magic is part of what made his passing so devastatingly effective. And he was friends with Michael Jackson. Talk about a smooth criminal!

OK, so you like math, right? Well, never mind… but let’s look at some stats. Kobe is the Lakers all-time leader in seasons, games, playoff games, playoff points, career points, field goals made and attempted, and free throws made and attempted. Oh, and he’s tied with Magic, Kareem, and George Mikan for most championships as a Laker. How can you put him any lower on this list when he dominates so many major statistical categories? For naysayers that think Kobe’s off court persona espouses too much braggadocio, I’d like to maintain, that it would only be bragging if Kobe couldn’t back it up. But he always has. So, what you call bragging, I call honesty. Quit hating. Kobe is the best.

Wow, pretty much a history of basketball. Everyone here is a current or future member of the hall of fame. And, yeah, we know — no Shaq, no Wilt, and no Elgin. But this is a town all about banners and rings. The players on this list contributed more of those than the players off the list. But still, you might feel that you’ve just gotta let out your Lakeshow pride. If there’s a player not on the list that you think needs to be, write about it below. If you’ve got the skills that pay the bills, your choice might just make it on to this list. But before you start your grumbling, let us pass a few honorable mentions your way. Namely, the guys I mentioned earlier in the paragraph.