We Need Child Haunting Laws: The Best Ghost Movies of All Time 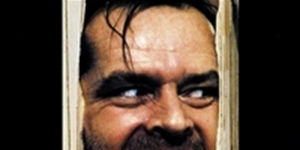 Ghosts have long haunted our folklore, dreams, and, of course, our movie theaters. Throughout the years cinemagoers have wandered through ghost towns, sailed aboard ghost ships, and perhaps most chillingly, been scolded by ghost dads. Though the malevolent spirits of Hollywood have of late been reduced to a parade of sinister children, (thanks, Japan) it was once a mighty community of slimy green gluttons, spectral mass murderers, vengeful victims, and, well… sinister children. Here are the top five celluloid hauntings by such beings:

The kind of family friendly, yet genuinely unsettling haunting that only could have come from the influence of Spielberg, who served as producer, Poltergeist was directed by Tobe Hooper, who also helmed 1974’s slasher masterpiece Texas Chainsaw Massacre. Hooper operates at the other end of the spectrum here, with a studio budget and considerably less violence, telling a supernatural, effects heavy tale of a California family experiencing the anguish of those whose resting place their own home unknowingly sits. The late, great Heather O’ Rourke plays young Carol Anne, who announces the coming of the new houseguests with the famous line “They’re here,” before being kidnapped into their realm for much of the film. The corpse-erupting, house-imploding finale is still rousing and eye-popping today.

This comedy classic is the kind of hit that defines an entire generation of blockbuster filmmaking. Combining the mirthful antics of former SNL funnymen Bill Murray and Dan Aykroyd with some truly terrifying ghouls and goblins (brought to life by some more than capable effects), Ghostbusters simply couldn’t miss. Telling of three paranormal experts who lose their university tenure and go into business for themselves catching and storing New York City’s spooks with the aid of nuclear powered rifles and one hell of an emergency vehicle, the film provides some genuine scares and unforgettable visuals (the library lady, the creepy foamy goddess and her evil dogs) in addition to the mountain of laughs. A film wherein the netherworld resembles a prog-rock album cover as it is glimpsed through a woman’s refrigerator, and the ultimate threat is a giant anthropomorphic marshmallow, was destined to live on in our memories.

A deeply underrated, deeply spooky horror comedy from Peter Jackson (Lord Of The Rings, Dead Alive) starring Michael J. Fox as a man with a tragic past who uses his gift to communicate with the dead to make a living as a con-man, The Frighteners fills the viewer with dread by way of a menacing villain and evocative settings. The roster of the disembodied on hand includes Chi McBride as a seventies “soul brother,” TV’s Gomez Adam’s, John Astin as a decrepit Western gunslinger (awesome), and Jake Busey (toothy spawn of Gary) as a notorious thrill-killer put to death long ago. The Frighteners benefits not only from the always likeable Fox as a lead, but also from some great effects in both the CGI (Thanks to Jackson’s own Weta Digital) and makeup department, lively performances all around (particularly Jeffery Combs in full creep mode as a fed long on Fox’s tail), and Jackson’s typically inspired, engaging direction.

This much lauded and revered ghost film quite honestly does a lot with very little outright horror occurring. An adaptation of Henry James’s play “The Turn Of The Screw,” this film is all about atmosphere, as a recently hired governess (Deborah Kerr, of Black Narcissus fame) senses something deeply awry in the sprawling gothic mansion (is there ever not in such structures?) that is her new home. And how awry indeed, the child siblings in her care are possessed by the spirits of the former groundskeeper and his lover, (James, you sick bastard) who happened to be the previous governess. Much of the credit here goes not only to the black and white cinematography, lighting, and eerie sound effects, but also to child actor Martin Stephens, who sells the idea that he is inhabited by a grown man so fully, its hard to believe the reports that this aspect of his character was hidden from him during filming.

You can find gorier, you can find gruesomer, but you cannot find a better crafted, better acted, more uniquely disturbing film concerning those who have passed, but not passed on, than Stanley Kubrick’s adaptation of Stephen King’s novel The Shining. The spirits and phenomena that plague the Overlook Hotel and guide poor Jack Torrance (Jack Nicholson) on his journey to homicidal insanity have a serene and natural quality to them, (except for the man in the bunny suit thing) they assume forms such as friendly bartenders and butlers, and rely on the cavernous, ominous setting, the coldness of Kubrick’s direction and Nicholson’s ensuing madness to complete a truly frightening picture. Nothing is as memorable as the tricycle piloted by Danny Torrance, (whose psychic abilities allow him to tap into the hotel’s ethereal side) being stopped dead in its tracks as it turns a corner to encounter those famous twin girls at the end of one of the hotel’s yawning hallways. Chilling from the first frame to the last.

The Devil’s Backbone (2001) – A great and beautiful film from Guillermo Del Toro that concerns a haunted orphanage amid the backdrop of the Spanish Civil War. The movie itself is more sad than truly frightening, though the appearance of its ghost kid is among the most shiver-inducing in film.

The Sixth Sense (1999) – M.Night Shyamalan’s first major success (and last truly coherent film) became a Best Picture nominee on the strength of its solid narrative and gripping atmosphere. It managed to be not just eerie, but quite emotional at the same time.

The Ring (2002) / Ringu (1998) – The seminal J-horror classic, and its surprisingly adept American remake would be impossible to ignore on any ghost flick list, if only for their originality (well, in the case of the original) and far-reaching and undeniable influence over the genre.

The Haunting (1963) – Director Robert Wise’s haunted house classic should simply have been re-released for a new generation to enjoy, in place of the hapless remake foisted on the public in 1999.

That’s the Top 5 take on the ghost film situation. If you must vainly insist that Insidious does not live up to its title, or that Paranormal Activity, was in fact, remarkable in any regard, let it be known.

Top 10 Ghost Towns in The World 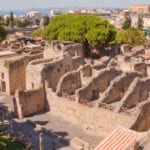