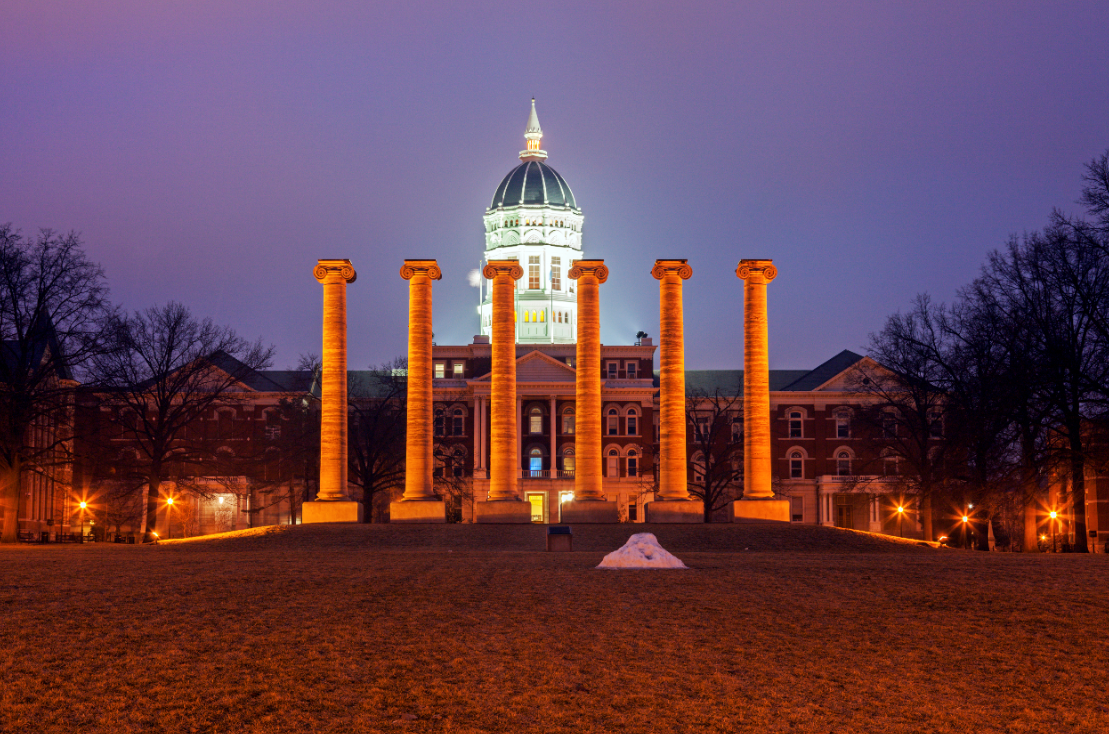 The best college towns in the U.S. have on thing in common: a quality of life that can beat that of a lot of American cities, by far.

College education of the population, diversity, city access, arts and entertainment, youth unemployment, innovation and rent all are factors that have been taken into consideration by the American Institute for Economic Research (AIER) to determine which college towns offer the best life to its residents.

The result? A list of the most outstanding college towns that will stun anyone who visit them, whether they’re a student or not.

If you’re a student, consider studying in one of these 10 best college towns. If you’re not a student, you might consider moving to one anyway!

Based right in the center of Central Illinois, Bloomington is a twin city with the Town of Normal and one of the fastest growing metropolitan areas in the region.

Young students and graduates especially appreciate the economic growth of the town thanks to the presence of large employers such as Country Financial, Mitsubishi and State Farm Insurance.

In Columbia, Missouri, you will work hard and play hard. Its highly educated population is well-known for its progressive politics and protected journalism, alongside a good economic climate—9th rank. The most important employers are the University of Missouri and healthcare companies.

If you like jazz and an indie music scene, this is the place to be. If you’re more of an outdoorsy person, Rock Bridge Memorial, Shelter Gardens and Stephens Lake Park should be your destinations.

Manhattan abides by the 80-20 rule, where 20% of its residents are students. This college town offers a ton of attractive options to the students of Kansas State University: an educated and diverse population, a dynamic social life, stimulating attractions and good employment rates.

It ranked first for “Small Communities for a Business and Career” by Forbes in 2011, in addition to being home for many companies.

One word of caution: check for tornado warnings before venturing outside.

The home of Texas A&M University is truly impressive, not only in size but also in economic growth and research.

The university is considered a land, sea and space-grant institution. What does that entail? A ton of research projects, which makes it an innovation hub in the area. NASA, the National Science Foundation, and the Office of Naval Research, to name only a few, are holding research projects in the area.

The only hang-up here is that art and entertainment venues aren’t as present as in other towns. This town also has high rent prices compared to some of the other towns on the list.

The “Gateway to Scenic Southern Indiana” is one of the best college towns that couple a gorgeous campus with a hot entrepreneurial scene. The town has also been a Tree City, USA, for the past 30 years — which means that your lungs will thank you every time you visit it.

Entrepreneur dubbed it as one of its 50 “Hottest Small Cities for Entrepreneurs,” and Forbes ranked it 3rd for “Best Places for Business Careers.”

If you have caught the entrepreneurial bug, especially in the education, pharmaceutical or tech sector, this is one of the best college towns to start your business.

Looking for a good time in an educated town that loves giving back? Iowa City should be your pick.

The best college towns offer good education and a good time, and Iowa City has it all. Literary students will appreciate that it’s North America’s only UNESCO City of Literature thanks to Iowa Writer’s Conference and writer associations.

For a college town this small, Ithaca boasts a pretty good score on our best college towns list. Its population is quite diverse — 4th in rank, and over half of the population has at least a BA.

This town is proud of its flourishing arts and music scene. After all, it was home for the first wave of hippies. House cinemas, pubs, museums, recommended eateries and local breweries are abundant so you can enjoy yourself. You don’t really need a car to get around it. However, you will need one to get to it. It’s 4 hours away from NYC.

If you’re looking for diversity, this is the place to be. Close to the Grand Canyon, this town offers many recreational activities: theaters, biking scene, and music events—bluegrass is a huge thing there.

Northern Arizona University is central to the life of this college town. This town also has an interesting railroad history and is easily accessible. Only 33 percent of its students have cars.

Transportation will seldom be an issue at Champaign-Urbana. This is the most accessible college town in the US! With projects like “Bike Champaign!” commuters most likely bike, walk or use public transportation.

The city also ranks 8th overall in innovation, thanks to scientific initiatives, such as the University of Illinois I-STEM. This translates into one of the lowest rates of youth unemployment and a high rank in labor force.

The quality of life in Boulder, Colorado is simply outstanding. It not only steals the first place in the best college towns this year, but it also regularly ranks high in the top cities for artists, for foodies, for outdoor activities, and for innovation.

The city became the first to tax itself specifically to preserve open space. In addition to that, buildings shouldn’t exceed a certain height, in order to maintain the mountain view. These genius moves allowed it to have some of the best outdoor spaces. The city also ranks first in innovation, 2nd in labor force, and 14th in youth unemployment, making it an attractive destination for students and young graduates.