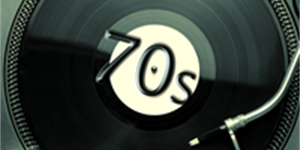 With the swift demise of flower power, there was a gaping hole in the music world waiting to be filled. Despondency was rife, and as we know, some of the best art comes from the biggest strife. As such, the bands of the 70s were radically different from their forefathers despite overlapping in time, in some cases by five or more years. The bands that were the most successful, and the best of the 70s, were the ones who were able to say something worth saying, in a way that made us all pay attention. The world had changed, but like all swinging pendulums, things were spiraling out of control – and these five bands were the kings of chaos in the 1970s. 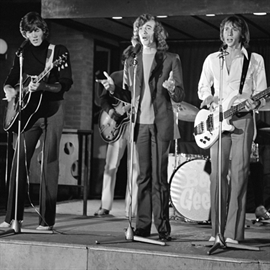 While Disco isn’t exactly a musical genre noted for its depth or importance, The Bee Gees were musically quite extraordinary. The group of English brothers became instantly recognizable due to their near-perfect harmonies. Made famous by songs like “Stayin’ Alive,” The Bee Gees were the hallmark of the disco scene. They rank in the best-selling bands of all time, and while not a lot can be said for the synthetic noise that disco unfortunately is, The Bee Gees are noteworthy. The Bee Gees’ ability to harmonize, and create unbelievably danceable tunes, makes them kings among men who strive to create a perfect harmony. 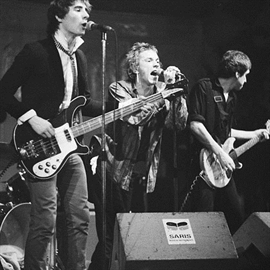 Across the pond, punk was sweeping England by storm. Between the conservative government, the crumbling post war brutish economy, and the ethnic tensions rampant in working class communities, The Sex Pistols’ short-lived career did more than most bands do in decades. John Lydon’s slightly freakish antics, with his aggressive, to-the-point lyrics made The Sex Pistols one of the most influential punk bands. Famous for scrawling, “I hate” on top of Led Zeppelin t-shirts, The Sex Pistols were an amazing explosion of anger and talent. Unfortunately, Bassist Glen Matlock left the band, opening the door for psychopath Sid Vicious – who didn’t even know how to play the bass. Just like their clothes, the band seemed to be held together by safety pins. Regardless, Vicious added the needed sex appeal to the Sex Pistols (sorry, Johnny Rotten). Their one album, God Save The Queen, was all it took to open the floodgates of the world of punk rock, a musical genre that (while some claim is dead) will never be put to rest. True revolutionaries, The Sex Pistols took no prisoners, and their ephemeral music is still the subject of reverie.

3 Bob Marley and The Wailers

The reggae powerhouse of Bob Marley & The Wailers consisted of the most talented reggae musicians the world has ever known. The lyricism is so poetically beautiful, it can easily move the listener to tears. Bob Marley’s own pacifistic views and desires for equality expressed through not only the music, but also interviews, make him one of the most revered musicians of the 70s, and the present. With songs that inspire people to fight for their human rights, while bringing the unmistakable cultural sounds of Jamaican reggae, Bob Marley & The Wailers are the best reggae conglomerate. Peter Tosh is still one of the most common household reggae names. And while Bunny Wailer and Beverley Kelso are the only surviving members of the original group, the music of Bob Marley & The Wailers is still full of life, and encourages us to be so ourselves. 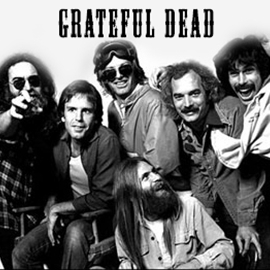 The staple band of every left over hippie, (and Ben & Jerry’s lovers) The Grateful Dead represents what it means to be part of a cult. Commonly known as Deadheads, their fans followed the Grateful Dead literally across the world. And for good reason – The Grateful Dead’s music is unique unto itself. As a band, they fused all sorts of different genres to create a truly exceptional sound. With what seemed like limitless talent, and limitless supplies of LSD, The Grateful Dead continued rocking into the mid 90’s, disbanding with the unfortunate passing of Jerry Garcia in 1995. They have influenced music, visual and written art, as well as politics and social culture. The Grateful Dead are, in and of themselves, a culture – and one that continues to thrive. 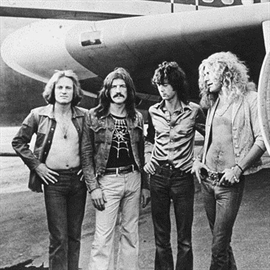 Perhaps the most overplayed band on Sirius XM’s Classic Vinyl station, Led Zeppelin reigns as one of the greatest, and weirdest, rock bands to exist in the 70s. With countless songs of immeasurable success, Led Zeppelins music spanned from the likes of epic opus “Stairway to Heaven” to brief bursts of unbridled lust like “Heartbreaker.” With a range that defied normalcy, Led Zeppelin remains one of the most popular classic-rock bands. Sex, drugs, and unstoppable raw energy ooze from every song – it’s no wonder they were so wildly successful; but like any explosion, there were casualties after the fact. Led Zeppelin’s met its sudden demise with drummer John Bonham’s surprising death in 1980. Robert Plant and Jimmy Page continue to make ground-breaking music, but no music either creates will ever be as moving as Led Zeppelin.

Genre bending as the 1970s were, the bands that came out of that decade continue to define what it means to be classic rock. Punk, psychedelic, and yes even disco, all managed to coexist in one decade, making it musically very confusing. Yet these five bands were all kings of their relative genres, and together created a bizarre musical creature that we all can look back on and appreciate. While a lot of people may not spin Bee Gees records, or put on God Save The Queen when reminiscing about the old days, these bands were the foundations of music to come, and were the trademarks of the decade.