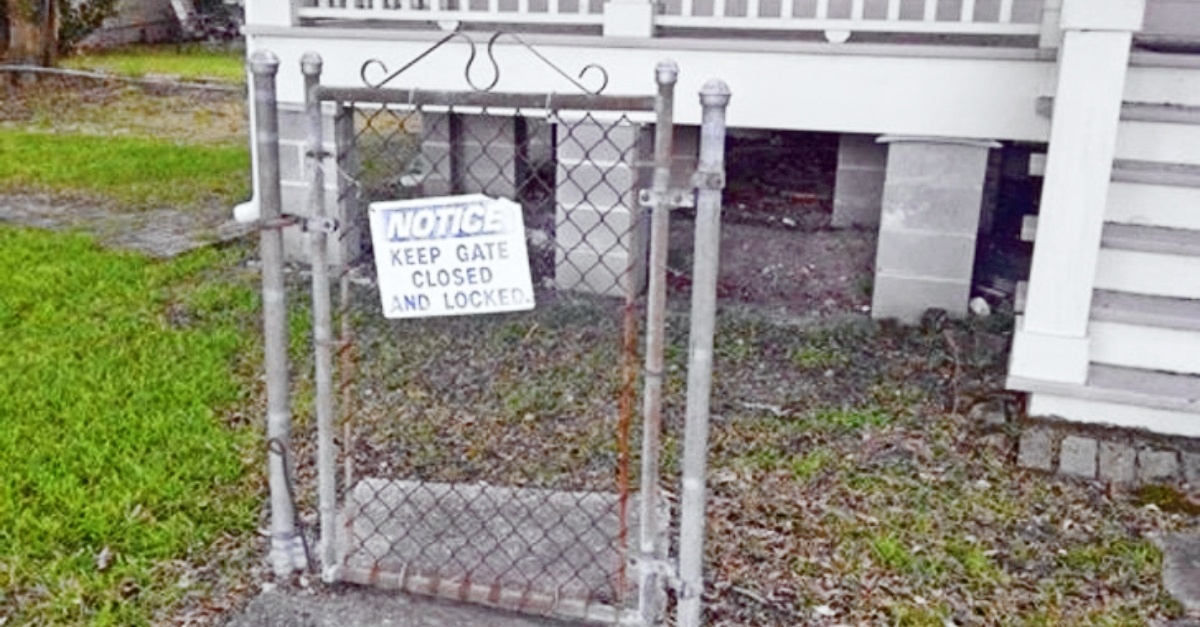 Fails That Need A Double-Take

Everyone knows the saying, “You had one job to do!”

But in the case of these employees, it’s still not good enough. Some are so bad that it’s certain someone got fired…or hurt. A couple are so out there, we have to wonder what was going through people’s heads!

Hopefully, this photo was taken just after someone realized the mistake they made – and that they immediately fixed it. After all, everyone had a “durp” moment now and then.

If not, it’s astounding how the booboo was missed. Seeing the door bounce back instead of sliding into the lock should have put off at least one red flag.

Having marble countertops of any kind will make any space look all the better.

And with the speed that factories put out their products, table and sinks tops aren’t that expensive. However, someone on the design end failed to see how this particular marble top would be the worst possible choice for a bathroom.

Did you know that during Victorian times, there wasn’t a standard way to build stairs? They were often too steep. One man made a mathematical equation to make stairs standard and safer.

Apparently, the person who designed his house didn’t get the memo that had been laying around for decades.

Even if storm drains are sitting at the perfect level, they can still be overwhelmed with sudden, heavy rains or flash floods.

This drain, however, wasn’t going to do its job no matter how much water gathered around it. Hopefully the picture sparked a large enough discussion that the city fixed the booboo.

So Close, But So Far

You know that someone, somewhere was crying about how much money had just been wasted.

The question is, as the two sides built closer to each other, how as the problem seen only after it appeared mere meters away? There’s just no quick fix for this disaster.

Was the ship stacked over capacity? Or maybe they weren’t tied down properly? It doesn’t look like there were any major storms present.

Either way, it doesn’t matter. The gut dropping feeling was felt by all as the massive stack of shipping containers plummeted into the ocean. Who knows what was lost to the depths?

“Yes, our apartments are wheelchair friendly!”

…But only if the wheelchair has a race car engine attached or the person has the upper body strength of a bodybuilder. It looks so dangerous that anyone would cringe at this construction debacle.

But how did someone not see the food in the cup didn’t match what was on the sticker? You have to wonder what the customers said – especially if there was a price difference.

Look closely and you will find the mistake.

Granted, no one really pays attention to the direction arrows on any surface – at least pre-Covid. Also, it might be understandable how this could have been missed. But still, it makes for a great giggle.

Did the fan go up around the post? Or did the post go up after? Since it looks like a load-bearing beam, we’re leaning towards the first option. Maybe a construction worker saw it was wrong on the plans but didn’t give a hoot and went ahead anyway. Who knows.

The previous wheelchair photo was already bad – but this one takes the cake!

It’s not like there wasn’t any room to finish the decline in the ramp. The end result is reserved only for people who are into extreme wheel-chairing … and new sport that was just invented because of this dangerous ramp.

It Wasn’t That Hard!

The arms on these things come off, you know.

But whoever dressed this mannequin must have been having a bad day … or was on their last day … or just didn’t care in general. Anyone would love to be a fly on the wall when the manager walked around and saw what had happened.

Do not stack! … But they went ahead and stacked.

Sadly, there’s not clear label that tells us what’s inside – so we can further assess the damage. It’s probably mirrors or something similar, because TVs aren’t packaged that way. Still, someone, somewhere got a busted product in their Amazon delivery.

This also falls into the “How did someone miss this?!” category.

Hopefully, the automatic floor was turned off and there were no human pileups – because it’s not hard to imagine someone looking down at their phone instead of to the abrupt stop at the end of the path. Ouch. Lots of ouch.