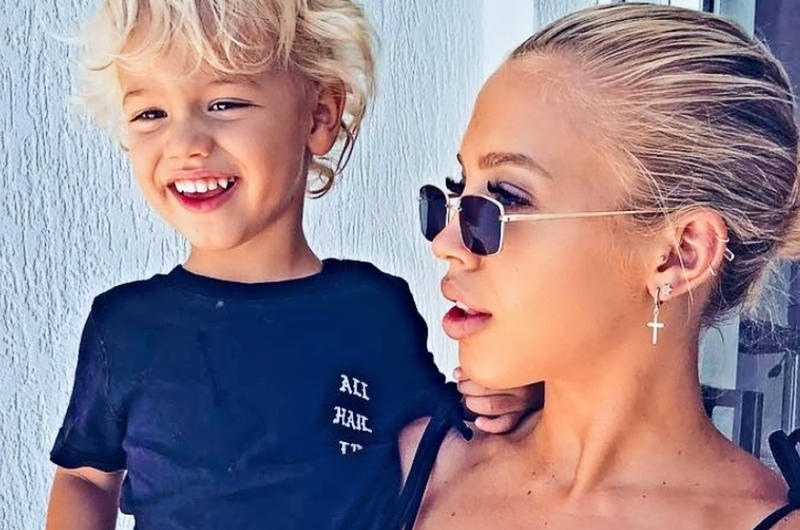 Years In The Making

She started her dieting habits far before she even found out that she was going to be a mother.

She had an action plan as soon as she found out that she was pregnant. But she had no idea that other people’s opinions would be so rude.

Shan had health complications for as long as she could remember.

She always felt exhausted no matter how many nights of rest she tried to get. She had tried nearly everything and was willing to try anything that came her way.

Cutting Out A Lot

It was called a Paleo Diet by some people.

Shan didn’t worry about the fact that she’d be eating food of the “ancestors”. She just wanted to find something that would work for her and her body.

Then she heard about the amazing news.

She was pregnant! She had to get groceries to make sure her baby got the best diet while it was growing inside of her. She only wanted the best for her child.

A big factor in a Paleo diet is that it restricts dairy.

Shan agreed that she would breastfeed after her doctors asked her to. She had to stay healthy so her milk was healthy for her infant.

Then the devastating news hit her.

Her husband of six years had been unfaithful. Now she was a single mother and would have to deal with the mortgage to deal with.

She then decided that she would go straight into her dieting and healthy living.

She would share plenty of her journey through motherhood on social media. But then people would have a lot of things to say.

People would be calling her an abusive mother and try to get her baby taken away from her.

She would feel a knot tighten in her stomach as she read the comments trying to pry her and her baby apart. But their comments never acknowledged one important piece of info.

Shan knew exactly what she was doing, she had a degree in agricultural science after all.

She was a regular face on food-boards and healthy eating councils. She was always staying up to date on scientific papers. Her know-how didn’t come from a 5-minute Google search. This was literally her specialization. But there was another thing she couldn’t wrap her mind around.

“This is my daughter. She’s happy and healthy – even according to doctor visits. Also, she doesn’t get sick as often as the other kids around her.”

It wasn’t like she was depriving her baby girl of food. She just wasn’t allowing sugar or anything processed. So, what did her girl often eat?

What Do They Eat?

Breakfast was eggs or fruit.

Lunches and dinners were cooked meat and roasted vegetables. Pasta was shredded vegetables. It was common to see her girl munching on a cooked broccoli flower or slurping back homemade apple sauce. She was eating all the things that other parents were begging their kids to finish off their plates, “then they could have dessert.”

More than one know-it-all threw another comment Stan’s way that just infuriated her.

“But what if you’re girl goes to a birthday party. She will have candy! What will you do then?! See how your plan doesn’t work!” Her response was simple.

“I won’t send my daughter to parties with a bag of kale.”

“By that age, she can choose to eat anything. She will just come home jacked-up on sugar, have an exhausting meltdown, and then a tummy ache. Then, she’ll learn to have 1 cupcake rather than 10.” Even Shan doesn’t adhere to the diet 24/7.

Not Set In Stone

When she goes out to restaurants, she eats what’s on the menu that best fits her diet.

She doesn’t ask for substitutions. She knows that a little won’t hurt. All she wants is for her child to grow up strong and healthy – and away from modern additives and chemicals, and most of all from sugar. She also had one final comment for all the Negative-Nancys.

To Shan, she didn’t understand why she was the bad guy for handing her daughter carrot sticks while these people were dumping things like colas and candies into their kids.

How was that any better? In the end, all she wanted was for people to respect other’s choices. Her daughter was thriving, and she wasn’t going to stop.