Warning: This article may cause you to quit your job and camp out for Avengers: Infinity War.

Iron Man. Hulk. Spider-Man. And the most recent MCU addition: Black Panther. It is virtually impossible to not know these characters.

When it comes to Marvel, it seems like every single installation gets better and better. From the first, rock-solid film, Iron Man, in 2008 to last year’s hilarious Thor: Ragnarok and now Black Panther. Like seriously, who doesn’t know Black Panther has been an impossible force at the box office since its release? Wakanda Forever, right?!

But Marvelisn’t pumping the brakes anytime soon. Avengers: Infinity War is on its way to a theater near you only a month after its last gem. Are you ready for the epic, action-packed movie of the year that every MCU film has been leading up to?

Don’t worry. We’re here to hyperventilate with you as we go through all the reasons Avengers: Infinity War is going to be the most exhilarating superhero film ever.

5.) Literally ALL The Superheroes Are Finally Together

This one is a no-brainer for sure but what can we say? Fans go crazy when there’s just one superhero crossover. Infinity War isn’t satisfied adding one bright-eyed and bushy-tailed new hero into an Avengers film. Nope, that’s old, tired and totally already happened with Spider-Man in Captain America: Civil War. Instead, Marvel has added literally every important MCU character, causing even the casual fan to completely lose their minds.

This is The Avengers meet Guardians of the Galaxy meet all of Wakanda; battling from earth to Thanos’ home planet, Titan, to plain-old open space. We’ll wait for you to stop panting.

The best part of uniting all these top-notch superheroes is seeing them team up. And this film’s trailer alone has some major kick ass teams. There’s the witty foursome of Iron Man, Hulk, Doctor Strange and his sidekick Wong. Or, how about Shuri and Bruce Banner? We can already hear the two geniuses sharing next-level ideas. But one of the coolest mashups may be (if you have a thing rooting for the bad guys) Loki and Thanos. Somebody’s gotta give the uber-villain the Tesseract.

4.) Black Panther Is Back! And He and His Elite Wakandan Army Could Be The Strongest Force 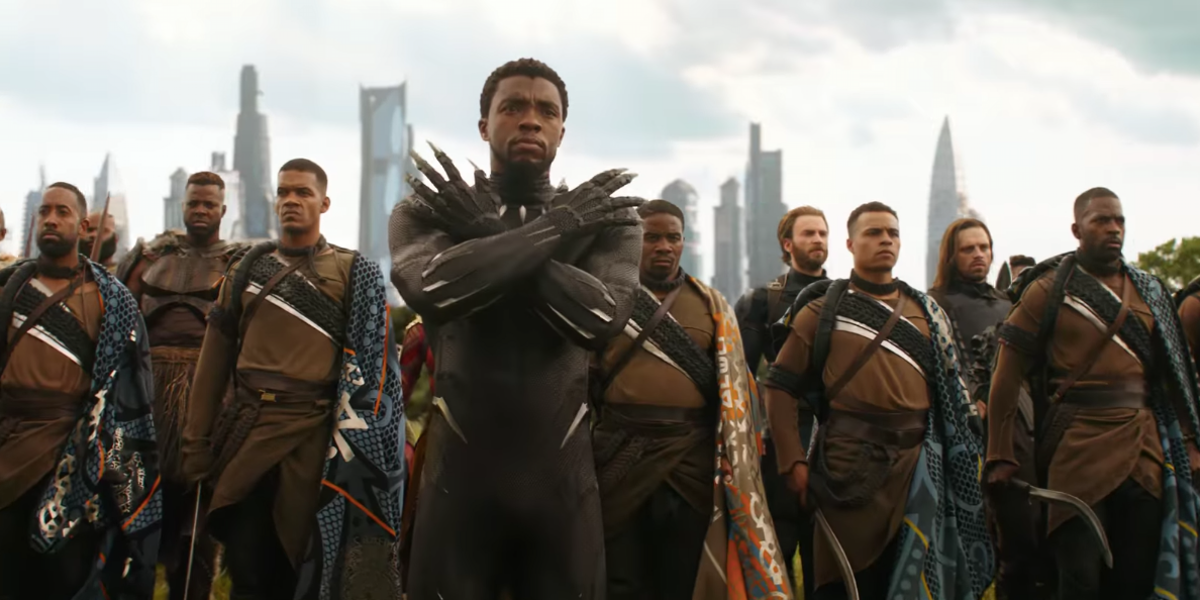 It’s plain to see how Wakanda can easily hold their own after watching the latest MCU installment. But it’s more than Black Panther. Sure, he is as strong as any hero we’ve ever come across — maybe better. He’s level-headed, his vibranium suit can ricochet bullets while absorbing its kinetic force and, above all, T’Challa is dreamily diplomatic. This is where his true strength lies and why Avengers: Infinity War brings an epic battle to Wakanda.

In the trailer we see Captain America and the Winter Soldier alongside T’Challa and his Dora Milaje. This is no mistake. The “first Avenger” has faith in Black Panther’s warriors and rightly so. These women can fend for themselves and protect their king. Something Steve Rogers has picked up on. If Wakanda can defend themselves, surely they can protect little ol’ earth.

That’s not all Wakanda fans can look forward to. The nation has one more trick up its sleeve: Shuri. This woman is mad smart and tech-savvy. And it looks like she has a mega role to play in fixing “broken white boys.” Have you seen Bucky’s new vibranium arm?

There’s one more little thing Shuri can “fix”: Vision, the android created by uploading Tony Stark’s AI J.A.R.V.I.S. into a synthetic body, who has one of the many Infinity Stones Thanos is after. She is the key to understanding how Vision’s Mind Stone works and how to safely remove it before Thanos destroys Vision to acquire it. Ouch.

Which brings us to the next reason Infinity War is gonna leave us shook.

3.) The Elusive Soul Stone Whereabouts Might Finally Be Revealed and That Is TERRIFYING

Marvel’s epic superhero and/or alien films have been weaving together one larger narrative and that’s one about the Infinity Stones. Captain America: The First Avenger reveals the Space Stone, Thor: The Dark World has the Reality Stone, the Power Stone is first seen in Guardians of the Galaxy, Vision is born partly out of the Mind Stone in Avengers: Age of Ultron and, most recently, Doctor Stephen Strange wields the Time Stone to defeat Dormammu in Doctor Strange.

So, yeah, you can say Marvel has been not so subtly building up these shiny gems for awhile now. Still, you may be wondering what gives and why these stones are so precious. Don’t worry. That part is a piece of cake. Basically, these six stones have unique and powerful capabilities — and if any one person were to control them all … well, that would be the whole Spidey, “With great power comes great responsibility,” except UNLIMITED power is more accurate.

Thanos is not your friendly neighborhood blue alien either. He wants all sixstones to destroy half the universe.

Luckily for our Avengers, the Mad Titan is missing one stone: the Soul Stone. But many fan theorists have guessed its whereabouts in Avengers: Infinity War. Many believe the Soul Stone is hidden somewhere in Wakanda, which is not good news since it looks like Thanos is headed straight there.

2.)  Thanos, a Supervillain Unlike Any We’ve Ever Seen 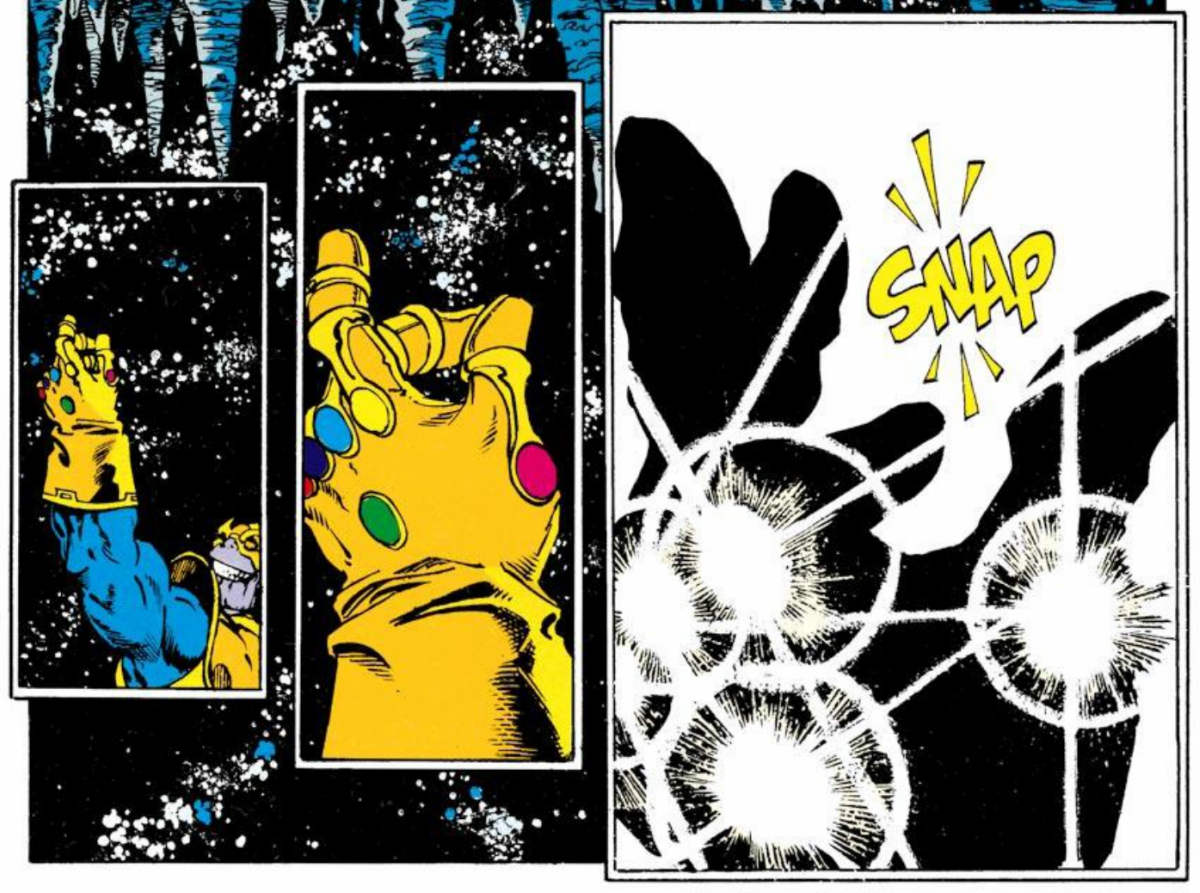 Thanos is the evilest, most powerful Marvel villain ever on the big screen. Here’s why you should be trembling in your boots too.

Thanos crushes the Tesseract like nothing.You know, that powerful weapon Loki used in Thor: Dark World to open wormholes so that an evil army could invade earth. The same lethal weapon Red Skull utilizes in Captain America: The First Avenger. Thanos squashing the dangerous Tesseract like a bug proves that he is the biggest, baddest villain in town (sorry, Loki!).

Anyone else notice the lack of Hulk appearances in Infinity War’s trailer? Many are speculating this isn’t what it looks like. Hulk may very well be a predominant force throughout the film — except he’s in the Hulkbuster. That’s the robototic lovechild of Iron Man and Hulk visibly getting a beat down from Thanos’s army. You know if the strongest Avenger needs a major upgrade just to fight minions, Thanos ain’t no joke.

And lastly, Thanos’s quest for Infinity Stones can result in him easily destroying half the universe, something that actually happens in the comics. Gamora also alludes to this in the trailer when she says he can destroy half the universe “Just like that” and snaps her fingers.

1.)  A New Hero Will Be Introduced and Some Might Die 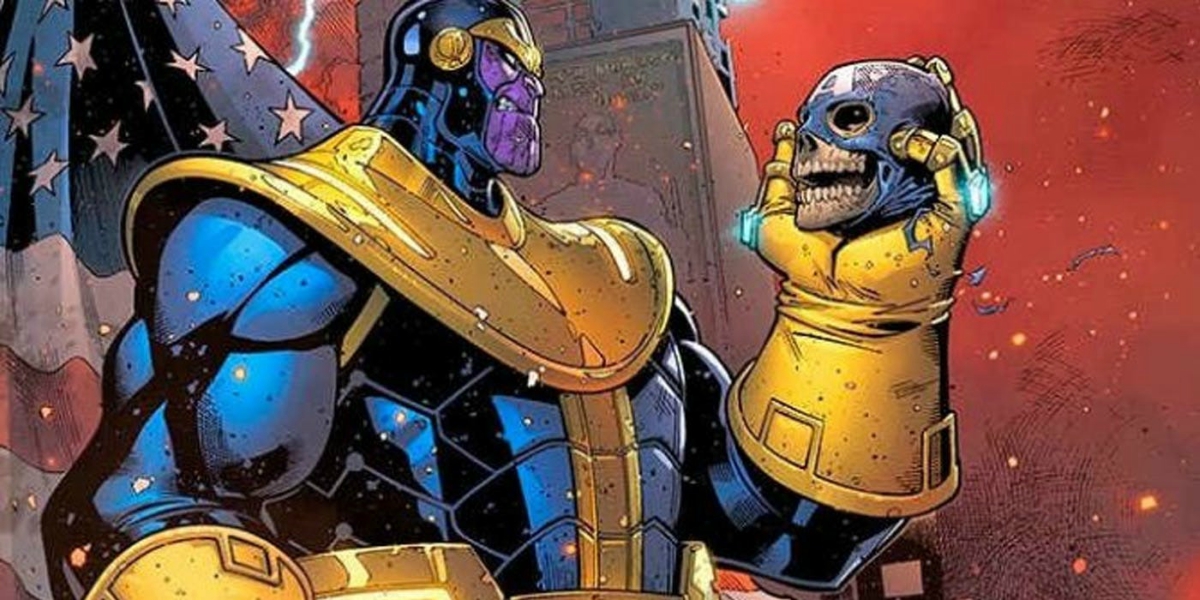 Let’s start with the good news first. Then the bad. And then the worst.

The good news is that Marvel has already announced a new hero will be introduced in the Avenger’s movie. Carol Danvers, AKA Captain Marvel, is reported to be the newest superhero addition and she’s strong. MCU head, Kevin Feige, has already said Carol will be the strongest hero in the universe. “Her powers are off the charts, and when she’s introduced, she will be by far the strongest character we’ve ever had.” Phew! We thought Thanos was unstoppable.

Oh, wait! In a confusing turn of events, Marvel has backtracked, stating actress Brie Larson will not be part of the franchise until the second installment of Avengers 4 but then have continued alluding to her appearance in Infinity War. So, there’s a only a small chance Captain Marvel can help save the day. That’s potentially the bad news, which leads us to the worst …

With or without as powerful a hero as Captain Marvel, the Avengers will still be at a real disadvantage against Thanos and his all-powerful Infinity Gauntlet. This, along with the fact that many of the first Avengers casts’ contracts are running out, leads us to believe (hold on to your seat) some heroes might never be returning to the silver screen again.

Sadly, major death(s) seems highly likely as it has been heavily implied. There are hundreds of death predictions floating on the web but one is unanimously accepted: the death of Captain America. We can’t say for sure but Steve Rogers is the number one do-gooder and has shown time and time again he is ready and willing to sacrifice himself if need be.

Save your handkerchiefs for April 27. Nothing is certain until then.

What are you most looking forward to in Avengers: Infinity War. Let us know in the comments and check out our Top 5 Things We Love About Black Panther!