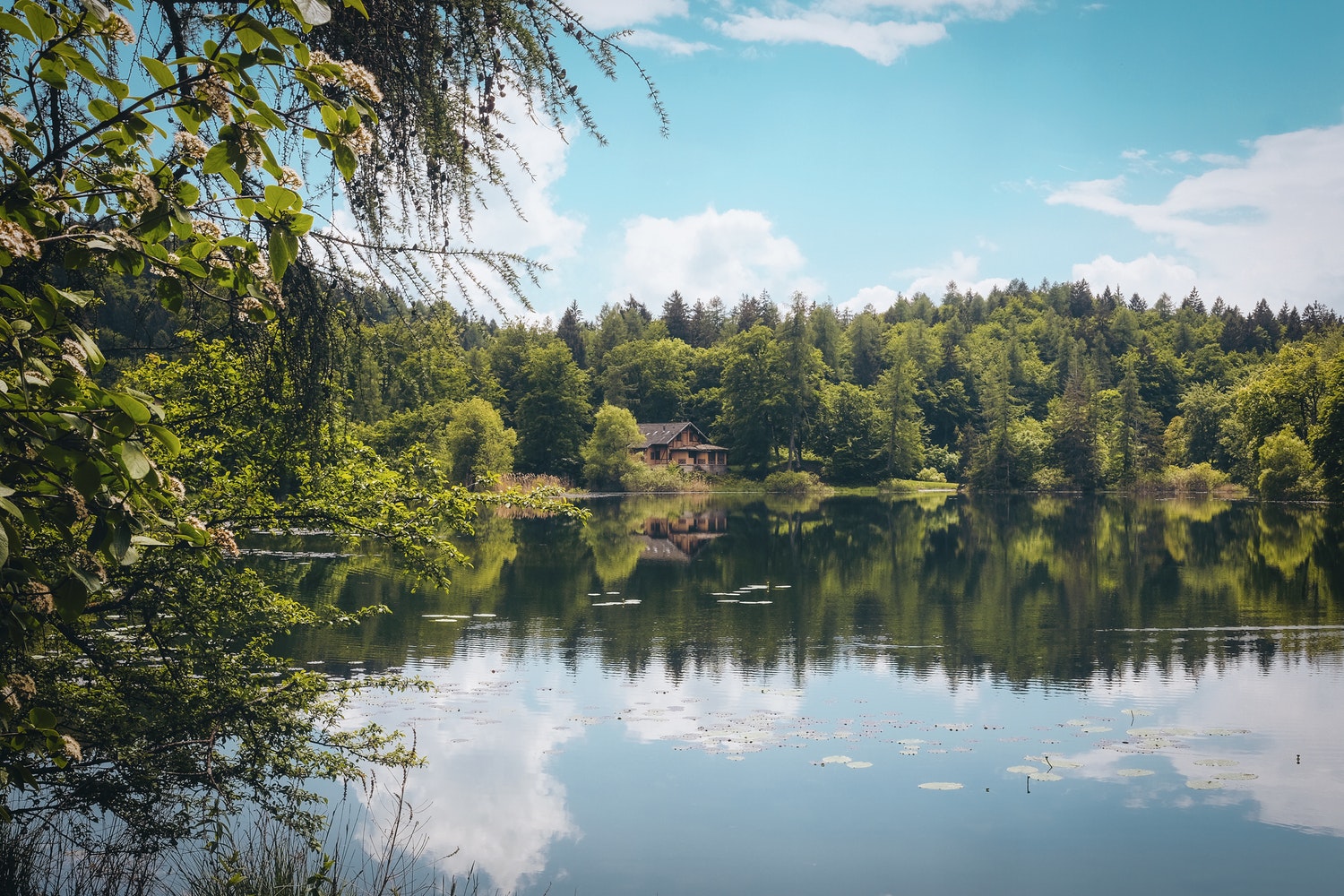 Summer is finally upon us, which means one thing: it’s vacay time. While European beach getaways are always magical, they’re expensive, involve long flights, passports, and a lot of planning. If you’re looking for an easy getaway, check out the best American lakes. There are approximately 125,000 lakes in the U.S., so, even if there’s not one in your neighborhood, visiting one of the American lakes is infinitely easier than flying to Europe.

Need a little inspo? Here are ten of the  best American lakes:

Lake Superior is not only the largest of the Great Lakes, it’s the largest lake in the world! At 31,700 square miles, Lake Superior is approximately the size of Austria. It holds 2,900 cubic miles of water, which would be enough to flood both North and South America with one foot of water. Shared by both Canada and the US, it’s US coasts include Michigan, Minnesota, and Wisconsin.

Lake Superior differentiates itself from most alpine lakes due to its sandy coastline, which looks more beach-like than lake-like. With its crystal clear waters, it’s a popular spot for families, singles, and college kids. Fishing is popular, and in the winter ice caves attract the adventurous type.

Due to its massive size, Lake Superior isn’t overpopulated with summer crowds – there are so many places to go!  Popular lakeside towns include Whitefish Point, Grand Marais, Munising, Marquette and Copper Harbor, all of which remain relatively uncrowded, even during the busy season. If you’re looking to get away to one of the best American lakes this summer and enjoy crisp, cool waters, white sandy beaches, and a bit of nature, consider a visit to Lake Superior.

If you’re an outdoorenthusiast and/or looking for a great party lake, Lake Tahoe is one of the best American lakes for you. Straddling the line between California and Nevada, it’s the largest lake in the Sierra Nevada region.

While Lake Tahoe is beautiful any time of the year, it really comes alive in the summer and attracts an adventurous crowd. You’ll find fishermen, boaters, jet skiers, waterskiers, hikers, and so much more. Lake Tahoe has something for everyone.

Looking to party? Check out South Lake Tahoe, where boaters throw booze-fueled boat parties (but please be safe). Looking for something a bit more relaxing? Take a cruise through the turquoise waters of Emerald Bay. Looking for sporty? Try golf! Many resorts, including Northstar and Squaw Valley, offer courses in the summer after the snow has melted. Looking for adventure? Many ski trails turn into mountain bike trails in the summer, some of which offer ziplining.

Often called The Queen of American Lakes, Lake George is located in upstate New York, in the southeast part of the Adirondack Mountains. If you’re looking for one of the best American lakes for outdoor activities, Lake George should be at the top of your list. With swimming, boating, biking, bird watching, and hiking,  it’s got something for everyone: including hot air ballooning! One of the nation’s oldest hot air balloon gatherings occurs every September in nearby Glens Falls.

The west side of the lake, Millionaires Row, was once the playground for the jet-setting rich and famous with its sprawling estates. While many have since been torn down or turned into restaurants and hotels, a few remain and should not be missed, including Melody Manor, Sun Castle (Erlowest), and Green Harbor Mansion.

Located in the lakes region of New Hampshire, Lake Winnipesaukee has long been a resort town for those looking for a summer escape. Particularly popular amongst the Boston and New York City crowds, notable residents and visitors include Kurt Vonnegut, Paul Newman, Drew Barrymore, Jimmy Fallon, and Dustin Hoffman. The lake is perfect for those seeking relaxation, as well as those wishing to do a bit of fishing and boating.

In addition to a few key shore towns, the island boasts 258 islands, most of which are less than a quarter of an acre in size, but many of them livable.

Lake Winnipesaukee is not only one the best American lakes, it also boasts Wolfboro as one of its shore-town. Wolfboro is the oldest resort town in America and offers an old-school America vibe, with locally owned ice cream shops and Inns.

Located approximately two hours northwest of Denver, Grand Lake is a 50-acre lake surrounded by snow-capped mountains. The largest natural lake in Colorado, it’s just one mile from Rocky Mountain National Park, and thus oft referred to as the “Western Gateway” to the Rocky Mountain National Park. It’s a quaint, charming lake, catering more to families and couples than partiers.

The shores are lined with cute cabins and summer cottages. The charming downtown offers a boardwalk with over 60 shops, restaurants, and galleries. If you like hiking, Grand Lake isone of the best American lakes for you! In the summer, hiking, biking, horseback riding, and even ATVing are available on the shores, and boating, sailing, and fishing await water enthusiasts. In the winter, Grand Lake doesn’t shut down but becomes the “Snowmobiling Capital of Colorado.”

Are you a lake person or a beach person? Tell us in the comments what your favorite lake is and why!