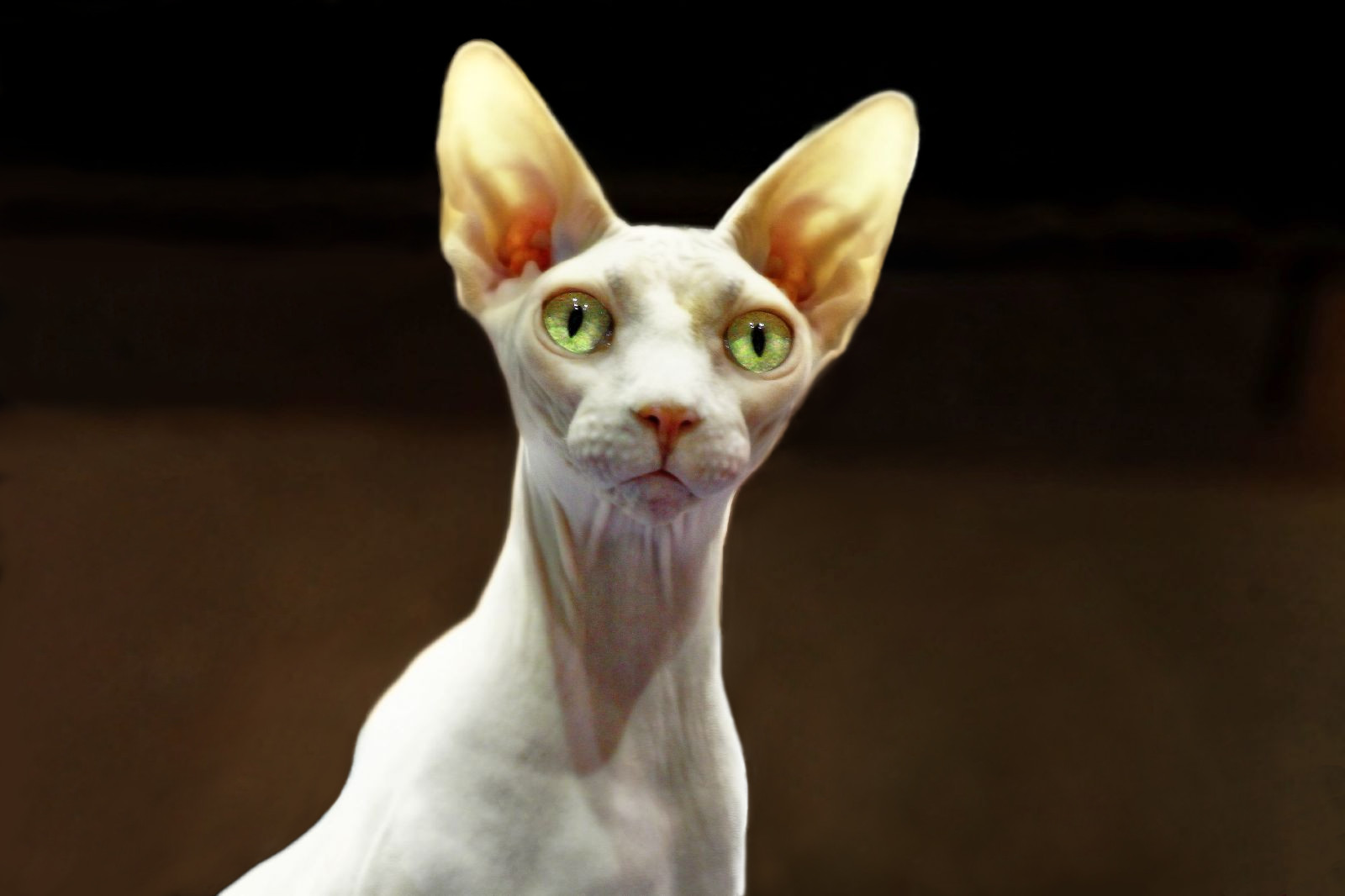 The desire to own a pet is a near-universal human impulse. Sometimes the satisfaction of owning an animal comes from caring for something; at other times, it comes from being cared for by your pet. And occasionally, it’s just nice to spend time with anything that isn’t human.

But caring for a pet is also hard. There are the practical issues—for apartment-dwelling, 20-somethings, many dog breeds are out of the question. Then there’s the massive time and energy commitment that is hard to reconcile with a conventional 9-to-5 work schedule.

One major and particularly heartbreaking obstacle that prospective pet owners face are allergies. And this isn’t just a problem if it’s your own animal—it can make living with cat or dog-owners impossible. (Or at least, very uncomfortable.) If you’re someone prone to allergies and still want an allergen-producing pet or you’re constantly in the presence of an allergen-producing animal for any other reason, you have a couple of options. A HEPA filter—which stands for “high-efficiency particulate air”—can help trap animal dander, decreasing their allergic potential. Another option is immunotherapy, or allergy shots, that have been shown to eliminate animal allergies in the majority of patients who opt for this treatment.

But thankfully, there are also quite a few animals that are hypo-allergenic—in other words, animals that are unlikely to trigger symptoms in the majority of those with allergies. There are even some cat and dog breeds that fit into this category. In our opinion, these are the best hypoallergenic pets.

This one’s pretty straightforward: a fish’s scales do not produce dander, which means they’re one of the only bona fide nonallergenic pets. But the species’ ability to relate to their human caretakers is severely limited. And while some research suggests that fish actually can identify human faces you still can’t, you know, cuddle with them.

Hedgehogs may not seem like the most obvious choice for a rodent companion; their spiny hides communicate anything but “cuddly.” But seasoned hedgehog owners can attest to the rich relationships that form between the small animal and humans. It’s reported that hedgehogs can recognize their owner’s voice and likeness. Hedgehogs also produce only a small amount of dander, making them one of the best hypoallergenic pets.

In popular culture and iconography throughout the world,snakes are depicted as the mean-spirited pariahs of the animal kingdom. But at best, snakes can actually be quite friendly. And at their very worst, they’re mostly just indifferent to human affection.

Much like fish, snakes’ scales produce no dander, making them some of the best hypoallergenic pets. And unlike fish, snakes are a more rewarding pet than live screensaver. But if you’re squeamish, be warned: Snakes are mostly carnivores whose diets consist of mice, insects, and other small animals. And like all reptiles, snakes require highly-specialized care, which is preferable to debilitating allergies.

Like snakes and many other reptiles, turtles aren’t likely to cause allergies in people.  Watching these stoic, routine-driven creatures can be highly entertaining. The downside—turtles are notoriously unaffectionate towards the owners. The species’ indifference combined with their extremely long lifespans can result in eventual owner boredom and abandonment. And while they aren’t likely to produce allergy symptoms, turtles are salmonella carriers: You should keep the animals away from small children and wash your hands thoroughly after handling them.

The mini rex rabbit is regarded as a relatively hypoallergenic breed. This type of rabbit is also one of the species’ gentler breeds. Mini rex rabbits typically respond well to being played with and handled. If you own—or are looking to own—this type of rabbit and experience allergies, take note: According to the website Magic Happens Rabbit Rescue, rabbit food and cage bedding can sometimes be a bigger allergy trigger than the animal’s fur. The site also claims that a rabbit’s saliva is more likely to cause allergies than its dander, anyway. Huh.

Assuming you’re looking for a pet that’s hypoallergenic and similar in size to a cat or dog, then a pig might be the choice for you. (Also assuming owning one is legal where you live.) While there have still been some reported cases of people having an allergic reaction to their pet pigs, it’s less common due to the animal having hair (as opposed to dander-producing fur).

However, purchasing a pig to have around as a house pet is not a decision that should be made lightly: Many pigs grow to be full-sized, despite being advertised as “mini” or “teacup” pigs as piglets. Many pigs that stay this size as adults are deliberately underfed by breeders. Sadly, many of those who grow to be full-sized are given to shelters or euthanized when they grow larger than what their owners were expecting. Despite the challenges in adapting a large pig for urban or suburban life, the animal can be a lovable, rewarding pet. Just make sure you go in prepared.

Parakeets are probably the most popular avian pet species that also happens to be hypoallergenic. While a small fraction of allergy sufferers might be affected when handling a parakeet, these birds produce minimal dander during molting periods, which makes them a generally safe bet.

Like their larger parrot brethren, parakeets are capable of miming human speech. They can be endlessly entertaining—but the fun can just as quickly turn into annoyance.

On first glance, these animals look more alien than cat. But after spending time with a sphynx cat for just a short while, it becomes clear that these animals only seem strange because we’re so used to seeing them covered in hair. To some, the sphynx is an acquired taste, but to others, it’s irresistible. Without all that fur, the sphynx highlights the domesticated house cat’s gawky mannerisms and (literally) naked expressiveness.

While not completely allergy-free, sphynx cats are typically recommended over many other cat breeds for allergy sufferers due to their lack of dander producing fur. One trade-off, is the amount of work that goes into caring for a sphynx’s oily, fur-free body. These cats require baths at least once a week with a specialized shampoo, to remove the buildup of dirt that accumulates on their skin.

Perhaps the dog most commonly associated as hypoallergenic, the poodle is a loyal and fiercely intelligent companion. Thankfully, poodles happen to produce less allergy triggers than some of its canine kin. The poodle—which is covered in tight curls—sheds less, meaning that only a minimal amount of dander is produced by this dog. Additionally, this applies to all of the breed’s size variants and crossovers, including the ever-popular labradoodle.

It’s worth mentioning that scientific opinion on whether larger pets like dogs and cats can truly be hypoallergenic is split. In 2011, Time reported on a Henry Ford Hospital study that ultimately found no strong evidence to support the theory. In the same article, labradoodle breeder Gail Wailman claimed that many of the people with allergies who took home her puppies displayed no allergic symptoms. Others reported initial allergy symptoms that decreased in severity over time.

The Portuguese water dog is the de facto mascot for hypoallergenic dog breeds, for one big reason. Bo, the Obama family’s dog, was the “First Dog” during Barack Obama’s 8-year tenure as President of the United States.

Bo was gifted to the family by senator Ted Kennedy at the beginning of the Obama administration. Selected specifically due to Barack Obama’s daughter, Malia’s, pet allergies, Bo quickly found love with the presidential family. The dog takes it’s name from the seminal rock ’n roll icon, Bo Diddley.

Understandably, Bo’s popularity skyrocketed to near-celebrity proportions. The Washington Post was given exclusive press coverage to the puppy in early 2009. In the summer of that year, the writer Ben Greenman wrote a piece reflecting on the Obamas first 100 days in office from the dog’s perspective.

In 2013, Bo was joined by Sunny, another Portuguese water dog whose pure black coat complimented Bo’s black-and-white “tuxedo.” The dog was introduced to the world via Michelle Obama’s Twitter. While Sunny didn’t shine in the spotlight quite like Bo, the dog made headlines a few times: she knocked over a small child at a military event, and bit awhite house visitor in the beginning of 2017. The Humane Society of the United States was initially critical of the Obama family’s decision to purchase from a breeder instead of adopting an animal. Later the organization thanked the Obama’s for making a contribution in Sunny’s name.

For millennials who came of age in the Obama administration, Bo remains an icon in his own right. And Barack Obama’s endorsement of this hypoallergenic dog breed taught many that you could be an allergy sufferer and still own a pet.