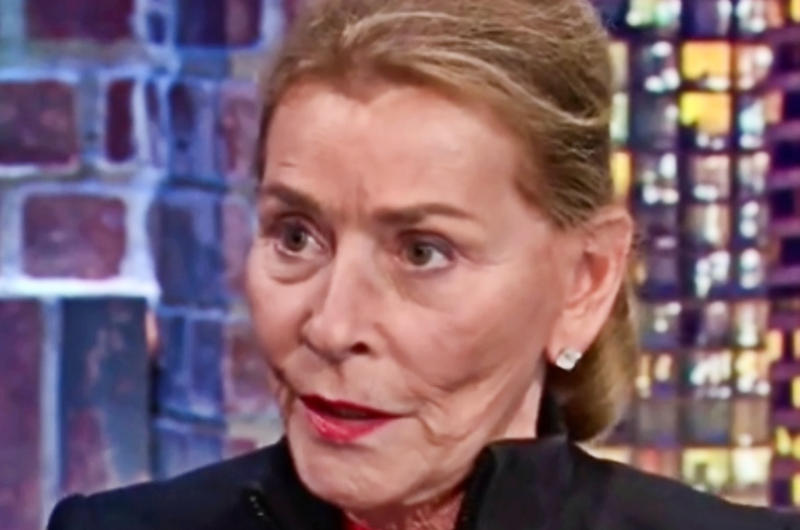 The show has been going on since 1996 and has been a golden show for CBS.

So after nearly a quarter of a century, why is such a successful show coming to an end? But some light has finally been shed through interviews like The Ellen DeGeneres Show.

But even if some people haven’t watched the show they know the name, Judge Judy.

Her name is like Oprah’s. It chimes in anyone’s head.

Over the course of its running, the show has aired nearly 7,300 episodes. Judy herself has won three Daytime Emmy Awards in the category of Legal/Courtroom Program

Perhaps the reason why the show is ending is because of Judy’s stress. She says she’d dodged more than one bullet over the years.

Judy says that hosting a family court show definitely comes with its fair share of stress.

She says that she needs to use her common sense and intuition because even though it’s a show she’s still dealing with real people with real lives.

The final straw may have been when Judy tried to act on a clause in her contract that was buried in the fine print.

They dropped the shows in favor of ones that had bigger names attached to them even if their ratings were lower.

There have even been rumors that the shows didn’t even let her give creative control. This doesn’t make sense because her ratings were through the roof for 5 years in a row.

But even at 70 Judy is still going strong and has no intention of stopping anytime soon.

Judy just wants to keep doing what she loves. But CBS has made it more difficult with the next stunt that they pulled.

Judy held all the rights to all previous shows.

She had also planned to sell them off to other stations for a dollar amount that had a boggling number of zeros behind the offer number. It turned out CBS wasn’t going to stand for it.

The station swopped in, and through tricky legal manoeuvres, bought the entire back catalogue to sell on their own.

“Out of respect” for her long career, they were going to let her finish out the season then stop running the cameras. After that, they were just going to monopolize on the 25 years of previous material. Judy has this to say…

“I wish them good luck with their experiment. But I’m not tired. So, [my new show] Judy Justice will be coming out [on a different network]. Judge Judy, you’ll be able to see next year – all new shows.”

So, it seems she will still keep the iconic boat floating. But what about the old staff?

Judy said to herself that there will be people she will bring over from the old show.

One important face is her bailiff, with whom she had an excellent on-camera rapport as well as an off-camera friendship. But there is also another program she wants to push.

Aside from going to IMDb TV, which is part of Amazon, she’s also created a show called Her Honor.

It’s a drama loosely based on her life – with plenty of glimpses into her life before she went in front of the camera. Judy also made a point about any rumors of retirement.

“I’m not tired. I don’t play golf or tennis. I have no desire to learn how to play mah-jong, chess, or checkers.

I know what I like to do. Why, at my stage in life, would I try to find something else when I already know what I like?” She goes on to explain about other aspects of her life…

Doing What She Loves

It’s not just her job she loves. Even if she will continue with her passions and media creativity, she is also still going to spend time with her children and grandchildren. Life will still come with stress, and she will “clean her home” to wind down.
There are, however, some interesting speculations that the public have unearthed that might lend to a secondary reason for the entire upheaval.

Everyone is quite aware that the courtroom is simply a television set to look like it’s in New York (when it’s really in California) – complete with harsh attitude and equally harsh accents.

But there’s a level of fakeness that perhaps the Judge is getting tired of – or at least not being able to control so it’s not as superficial. It starts with the audience.

There aren’t any family members crying in the background, hoping the verdict will go their way. There aren’t even those who are waiting for their turn.

Everyone in the background has to send in a headshot and acting resume to be considered. If they get in, they’re paid 8 bucks an hour to pretend like they care about what’s going on in front of the cameras.

Since all the cases are small claims, the producers make a very enticing promise to the participants.

If the defendants lose, the producers are the ones to pay the costs. That, plus a paid flight out to California makes it a win-win for everyone involved. Many people rely on this loophole to get out of paying under normal circumstances.

It’s not just the lure of paid legal fees.

Some people just wanted to be in front of the camera and get a free vacation. This was the case for four roommates who concocted a story around a cat and broken television. It wasn’t real at all. After the show aired, they even asked for appearance fees to anyone who wanted to interview them aboShe Knows Ahead Of Time
ut the event.

She Knows Ahead Of Time

The questions are harsh and seem like they intended to peel away the layers of lies until the truth comes out.

However, each and every case is thoroughly reviewed by Judy ahead of time – to the point she knows that the verdict will be. She just asks the questions to keep the scene looking fresh.

Perhaps Judy is tired of the façade that goes along with her show? Maybe she doesn’t mind it and still loves to serve the law.

But the reality around her show has actually dug up some darker truths that raise some eyebrows.

While one case had her so moved that she went as far as to shut down an entire elementary school because it was so horrible, another case didn’t work out so well.

The producers made one man look “money hungry” (which wasn’t the case of his real personality), but it came across so bad on set that his friends and family believed it was true. Judy also accidentally outed the guy without permission.

According to staff, Judy is a hard person to work for. But this can be taken with a grain of salt.

There were rumors of unwritten rules that, if broken, came with harsh consequences. For example, former staff said they weren’t allowed to make eye contact, talk with her, or ask “stupid” questions.

Many other non-television judges have made some pretty strong comments about Judy’s entire career.

She’s allegedly been labeled as rude and unprofessional, while Judy has apparently insisted it’s necessary sometimes to cut through the niceties. Some want her to dial back with the New York “mouth”, but she’s stayed strong to her approach.

One one hand, Judge Judy is known for being no-nonsense and straightforward.

But some people who appear on set just aren’t ready for how intense the experience can be. So, if we swirl all of this together, there seems to be another possible nudge for a new change of venue and format.

She’s just moving on to a platform that gives her a little more creative freedom. There will still be arguments, quippy comebacks, and quick sentences. The beloved face of law television is here to stay.