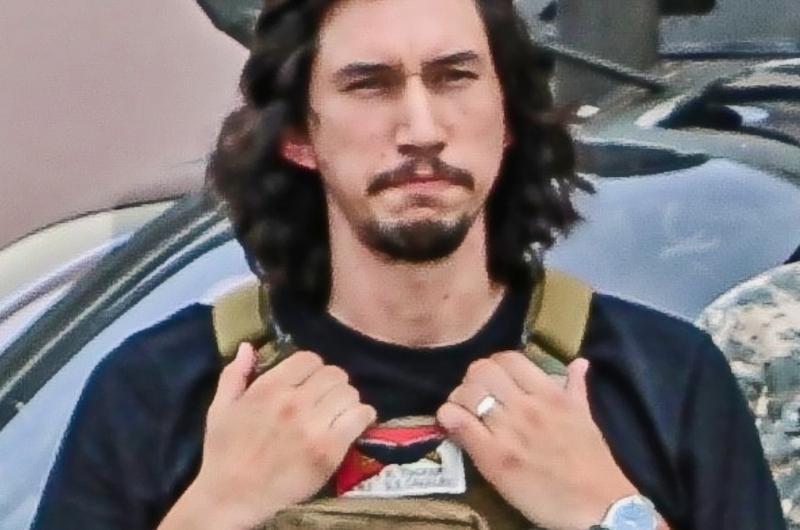 He might be known for wielding a lightsabre in Star Wars, but it’s Adam Driver’s pre-acting career that leaves most people stunned. Because, while most actors pretend they’re dealing with life or death scenarios, he’s actually encountered them – and it’s something that has seeped into his on-screen life.

It had started with a self-admitted “mischievous” childhood. One day he would be singing in the church choir and the next he would be lighting random fires. And, after seeing the movie Fight Club, he went ahead and made a real bloody-fist version with his misfit friends. But this was just the beginning of his unusual journey. 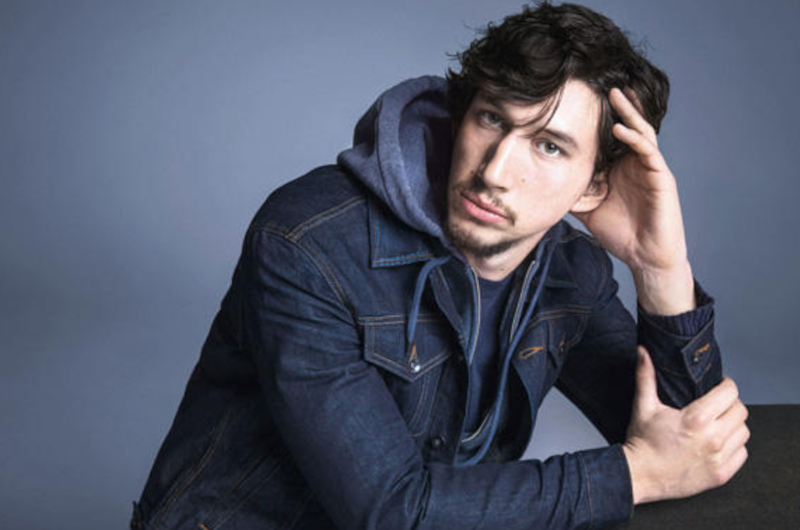 Next was a string of odd jobs that would suck the soul out of anyone – from vacuum salesman to telemarketer. There was the odd role in a play and the persistent dream of making it in the movies. However, there was also the relentless string of rejections. The hardest one was from his dream school. 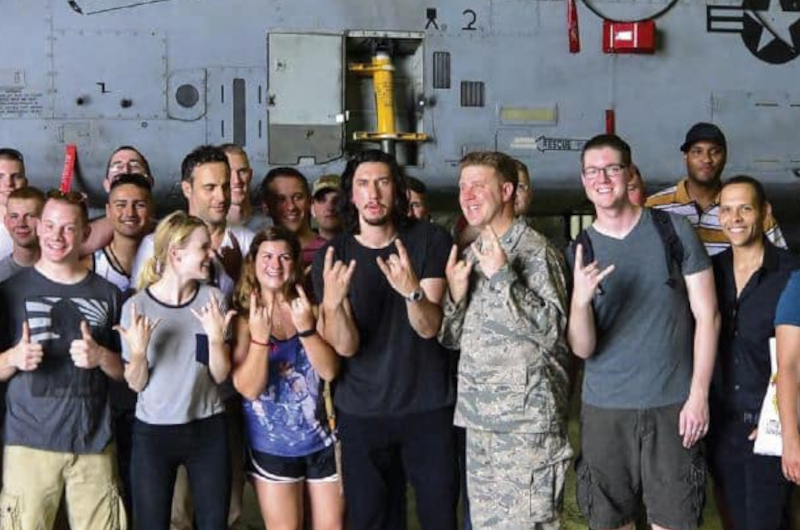 Juilliard gave him a hard pass, and it was no secret that this particular rejection was one of the hardest things he had to deal with at the time. Things got so bad, and so many people said “no”, that he eventually developed an unusual coping mechanism going into any audition. 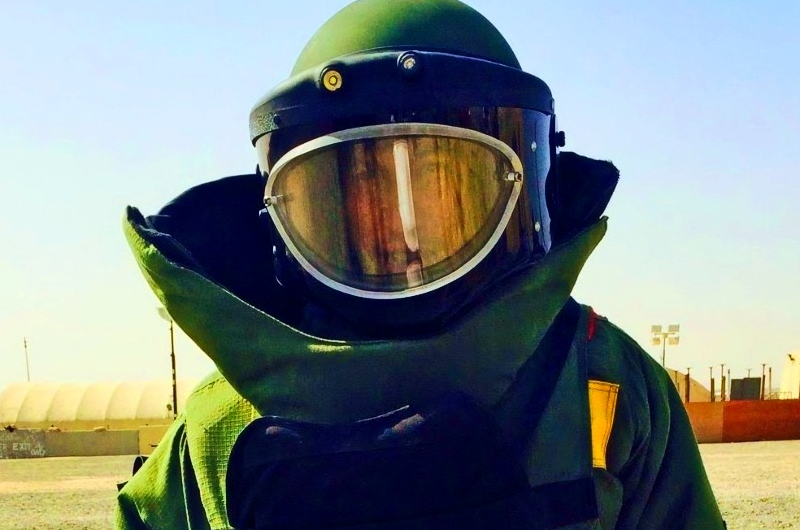 Driver said he would pre-emptively “hate” anyone and everything on the other side of the table. So, if he didn’t get the part, it was fine because he “didn’t like them anyways.” Now, most people would expect that he would get his big break soon. But, that just wasn’t the case. A wide-reaching tragedy forced him in a different direction. 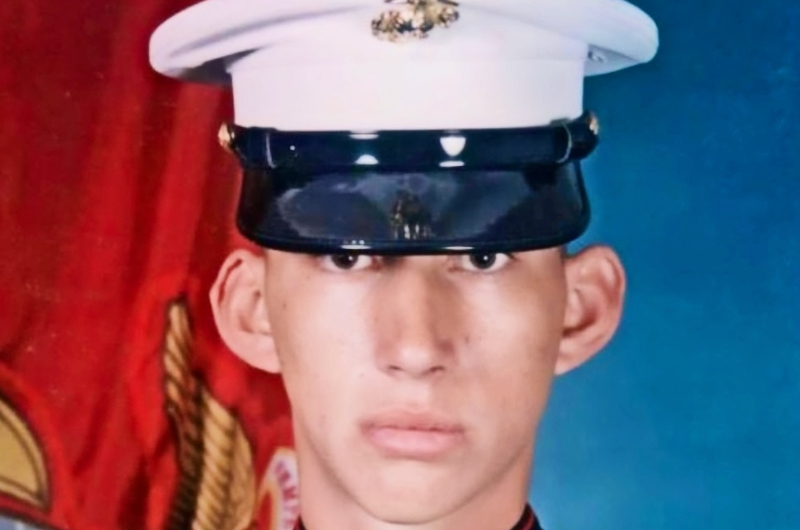 9/11 hit and the first thing Driver did was enlist in the Marines. But even with the spike of enlistment, it was still a rare thing for someone to want to join the Marines. Even the recruiter was convinced he was only there because he must have been a criminal on the run from the police. 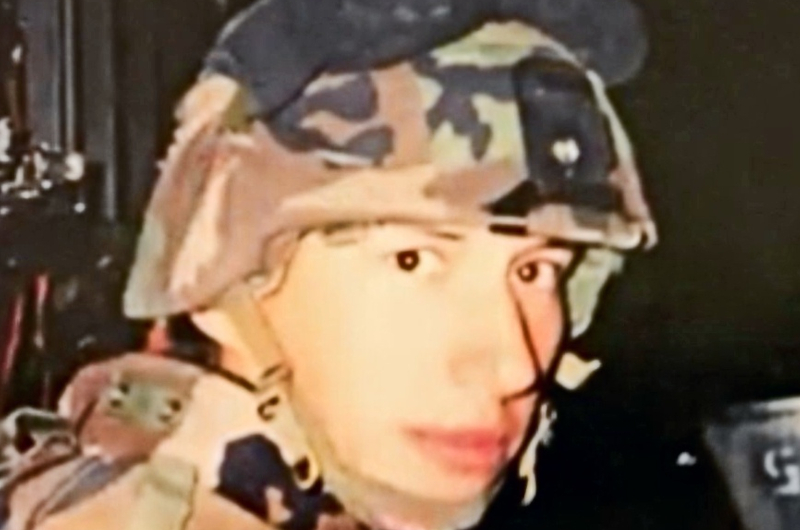 So, for two years, Driver held real weapons and encountered real danger. And the only thing that kept him from another term of service was a mountain biking accident that left him medically discharged from the Marines and he had to quit. It’s this part of his life where an unusual “perfect storm” appeared. 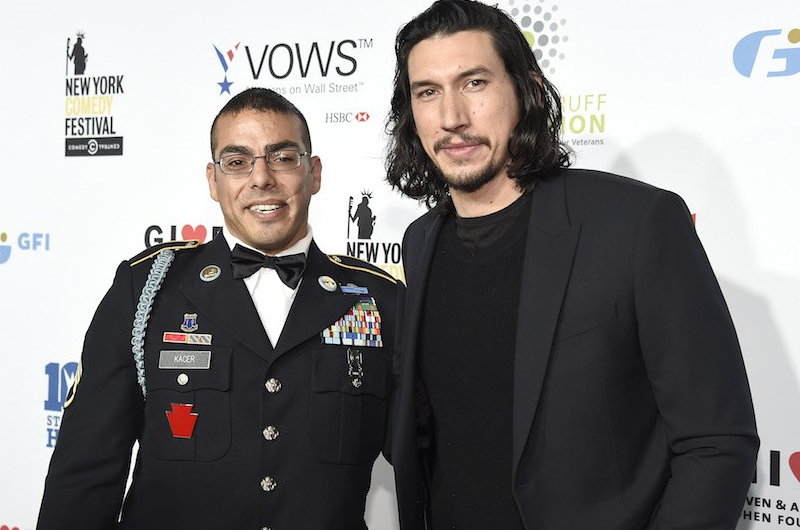 Driver never gave up his love of acting. It was so strong that he brought it into his military service – using the arts as a means of helping soldiers cope and enriching their lives and the lives of their families. He would eventually be the co-founder of “Arts in the Armed Forces.” But how did his life in the Marines affect his post-service years? 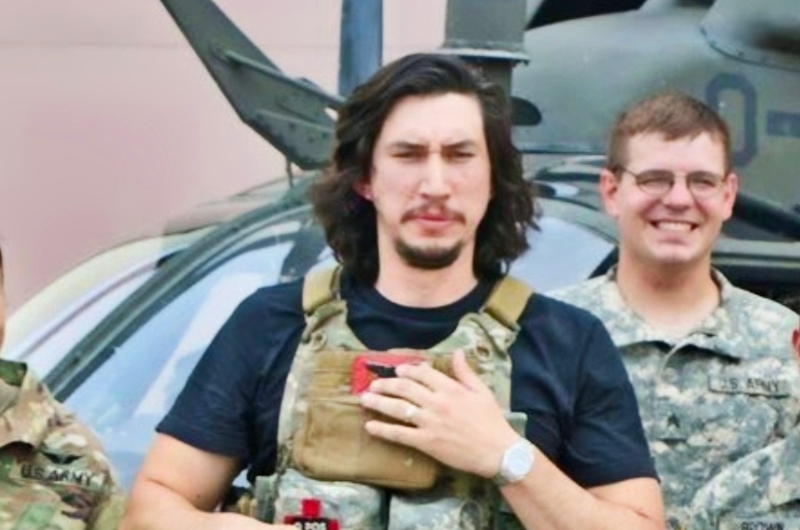 A new burst of determination finally got him into his dream school of Juilliard. After that, he landed a role on television that would give him the second chance and big break he had longed for. The problem was, the stern and direct attitude he developed in the military ended up making other cast members uncomfortable. 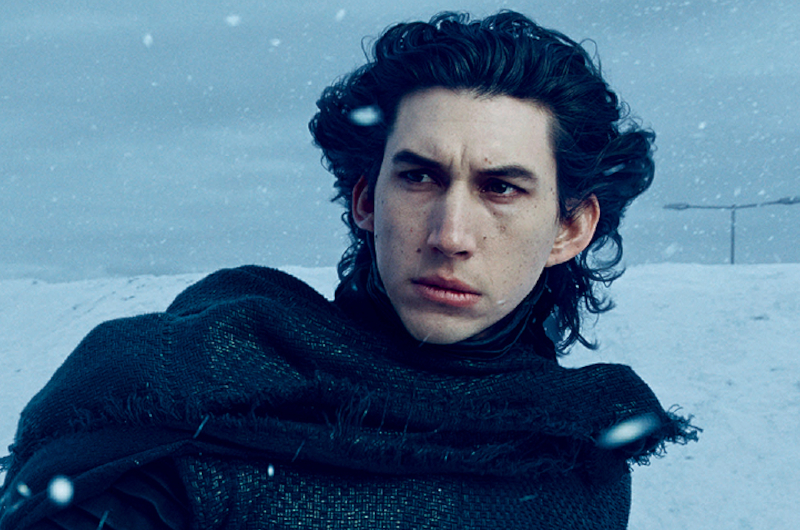 He realized he had to dial things back … a least a little. Driver focused his energy and passion for the arts into a special kind of focus that is often confused with method acting. According to Driver, the army made him realize his own mortality and just how much you can accomplish in one day. It would push him to go the distance with his roles. But why does he keep this unique journey on the down-low? 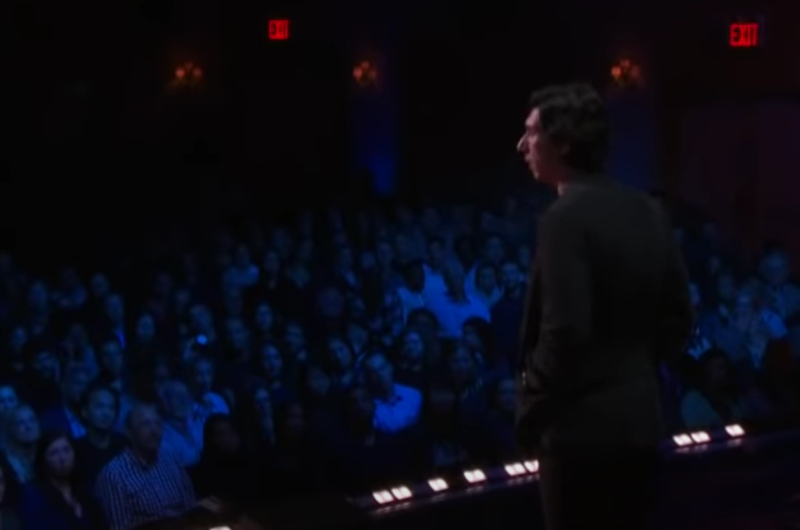 First, Driver prefers to keep his personal life as private as possible. He also dislikes and distrusts all forms of social media. It wasn’t until one particular TED talk and another “actor roundtable” show did he finally disclose more details about his military life. 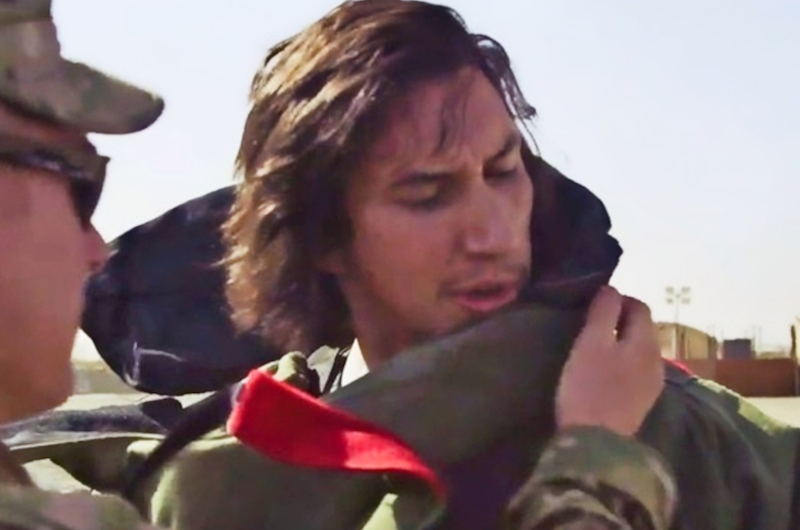 The weapons were fun, and the explosives were “cool”, but it was the camaraderie he loved and missed the most. “Self expression is just as valuable a tool as a rifle on your shoulder.” Even his role of Kylo Ren was greatly influenced by this attitude. 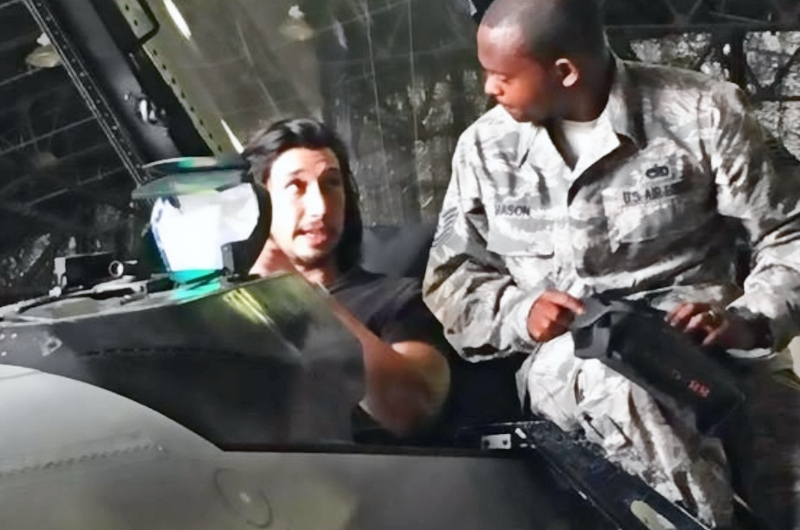 It made it easy to get back into shape for his shirtless roles. It made the lightsabre training something enjoyable. And leading a grand army (even if it was the dark side) wasn’t that far out of his wheelhouse. But as much as he loves his job, there are a couple things he really doesn’t like about it. 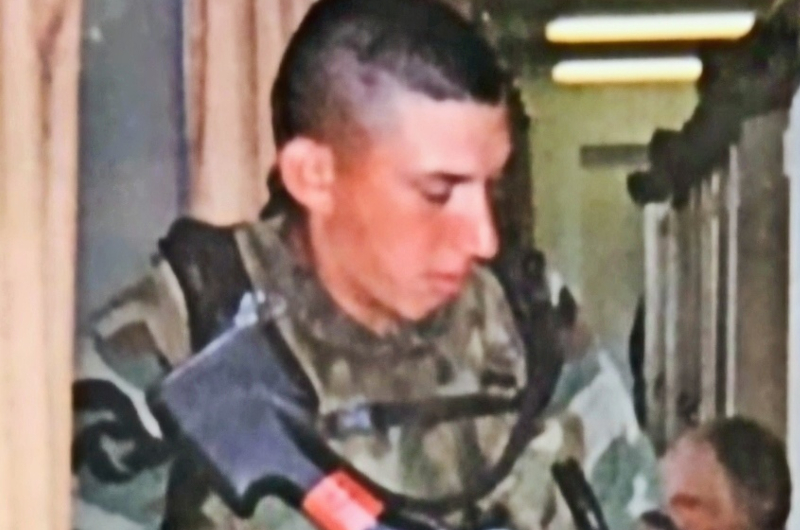 First, he doesn’t like green screens. He stays in his character’s “zone” as much as possible just because it’s easier to get going when the director says “action.” But when he’s fighting with a stick in front of a boring backdrop, it’s so much harder to picture what’s going on.

Taking The Next Step 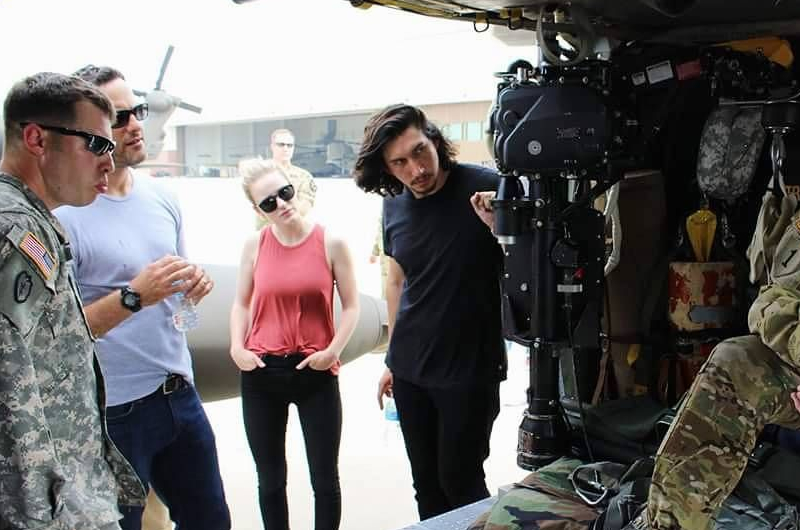 Secondly, Driver hates watching himself on screen. He will only watch when he has to and even then, he usually is uncomfortable what he see. Still, he was such a huge Star Wars fan, he made an exception for The Force Awakens. So, the next time you see Driver on screen, you’ll know so much more of what’s going on behind the scenes.