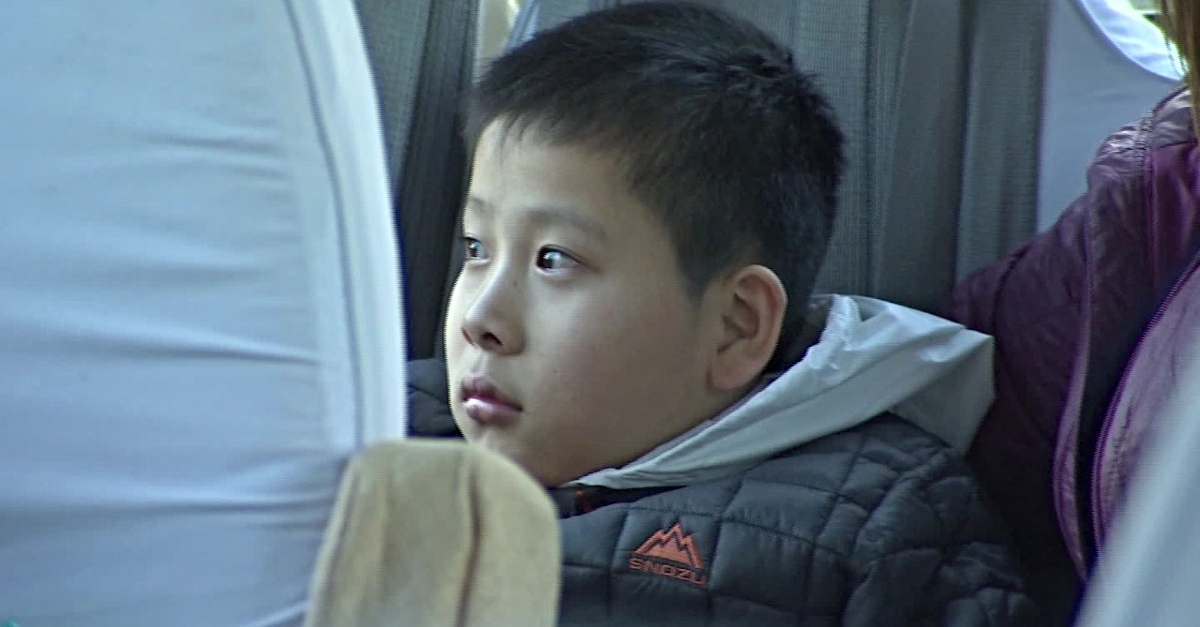 The 5-year-old Chinese boy had believed his mother when she said she was making a quick trip to the city. She had said that she needed to buy some food and that she would get a toy, but she never returned.

The child still believed his mother would come back from the city despite having been left alone in the family hut for so long. The villagers knew the boy could not survive like this.

Chen was five years old and the son of his single mother, and he lived in a small hut. They lived on the edge of a small distant village where most residents worked in agriculture to earn an income. Chen’s family did the same.

Chen’s father had abandoned them in search of something better in the big city. They hadn’t seen him since. This was only the start of the young boy’s misadventures.

The boy and his mother lived a poverty-stricken life. Their hut looked as though it was going to collapse any second. He was unfazed by their circumstances so long as he had his mother with him.

They were no exception, as many others in the village lived in the same conditions. They did what they could, but things only got worse when it grew colder. How had they survived so long in these conditions?

Their hut only had one room, but this was a luxury compared to what other families had to deal with. Many villagers had larger families they struggled to feed.

Chen’s mother used whatever she could get her hands on like old rusty pots and mattresses, and had to find ways to cook their food. They didn’t have much, but they had to make do.

His mother was depressed when his father abandoned them for the big city. She could not provide him with the life he wanted because she stayed in the village.

She resented him for leaving her behind, alone to care for their son. It was not easy being a single mother, especially in her conditions. She was struggling.

The man had left them in the worst of times. They still didn’t have much, and although the villagers empathized with the single mother and her son, there wasn’t much they could do to help. They were struggling, too.

Everyone thought the mother would become the new pillar of the household, someone her son could still lean on, but the woman had plans for her own life.

Trip To The City

His mother had told him that she was making a quick trip into the city. She said that would return with food and some toys for him.

The boy was on his best behavior while he waited for his mother, looking forward to his new toy. He had even cleaned their home after he waved his mother goodbye with a huge smile on his face. He never thought that it would be the last time he saw her.

His mother had still not returned after two days. Two days turned into ten, and the boy couldn’t help but wail at night, afraid to be alone.

The neighbors worried for the 5-year-old and thought of sending him to his relatives, but the boy didn’t budge. He didn’t want his mother to come back and find him missing. He said that he didn’t want to make her sad.

The villagers left him alone while they tried to find another plan. For the time being, they gave the boy water and rice whenever they could afford it. The 5-year-old would cook his own rice whenever he felt hungry.

He had seen his mother do it plenty of times but he never managed to fully cook his rice. He was too hungry to care and ate, learning to blow on the rice to cool it down before he burned his mouth. The 5-year-old did what he could without his mother.

The boy felt alone and cried, but he was strong and courageous. The villagers were in awe of how strong this little boy was.

The neighbors, however, still worried for the boy. There wasn’t much else they could do to help him because they were also still poor. How long would he survive without his mother?

When the neighbors heard from the little boy that he would not go no matter what because that would make his mother sad, they were heartbroken.

Hearing this from the little boy, all the neighbors couldn’t hold back their tears. Everyone worried and wondered what they could do to help the 5-year-old child, but they were stumped.

It turned out that the child was still waiting for his mother to return. The people in the village believed that his mother didn’t want him anymore. However, the boy still thought his mother went out to earn money and would definitely come back, as she promised.

No one could change his mind no matter how much they tried. He was a stubborn 5-year-old boy who trusted his mother with all his heart.

When he was hungry, he would cook his own rice. He would also wash the dishes after eating, just like his mother did.

His life like this lasted for half a month, and the rice supply was also almost gone. The neighbors often assisted, but the boy was still waiting for his mother and refused to leave the house.

After half a year, one neighbor decided to take matters into his own hands, realizing they would not be able to take care of the boy when the winter came.

The man called the authorities, and the child was placed in an orphanage in a nearby town. It wasn’t the best, as Chinese orphanages can be tough, but it was better than what he had at home.

There are many abandoned children in China, and Chen was unlucky enough to be one of them. Luckily, he was placed in an orphanage, but his story impressed millions. The story of how Chen was abandoned and managed to live by himself for almost half a year touched people’s hearts worldwide. His story went viral, and everyone hoped he would have a happy life.