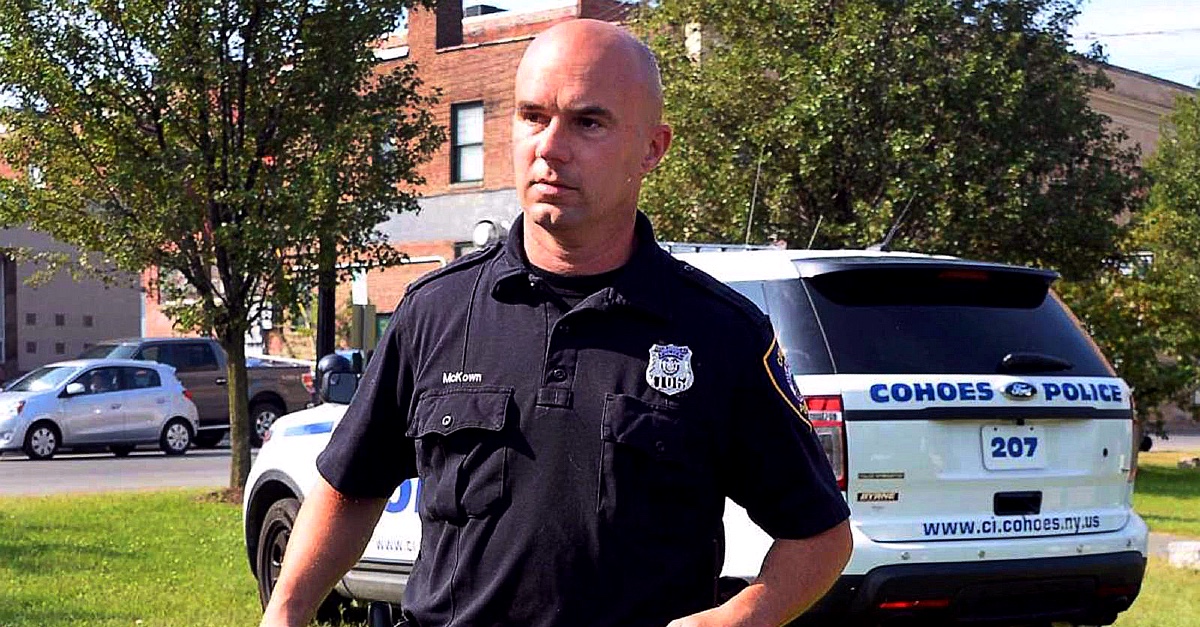 Officer Valdez cruised around the small neighborhood. Teenagers looked down and turned in the opposite direction.

His heart pounded as he stopped outside a small house. Things were quiet—too quiet. He grabbed her radio. “Are you sure this is the address?” Then, a small boy came running towards him. Randolph didn’t know how to react.

Randolph didn’t join the force for the pay, or the power, or the recognition. He joined the police to serve and protect. But he never expected the hardships that would come along with his career choice.

Was he ready for the real world? Could he handle the incidents that would come his way? He was young and naive. But he would quickly realize the reality that came with his decision.

Life On The Job

Randolph passed with flying colors. He was immediately offered a job with the Mesa Police Department. Finally, he had been rewarded for all the hard work and sleepless nights.

He quickly became accustomed to the regular calls—domestic disputes, physical brawls, vandalism, accidents, and pranks. Randolph was happy. For years he did his bit to keep the peace in the community. But some calls still managed to surprise him.

For as long as he could remember, Randolph was determined to become a police officer. His father was an officer, and so was his father before him. Loyalty and bravery seemed to run in the family.

And so, after years of hard work, finally Randolph Valdez became Officer Randolph Valdez. He wore his badge with pride, but this dedicated officer had no idea what was coming to him.

One Spring afternoon, dispatcher Anthony Bonilla got a strange call from a young boy. “Hello? Hello?” He called. “Do you have an emergency?”

“One Mc-Happy Meal,” the boy responded, before hastily hanging up. But something about the call didn’t sit well with Bonilla. So, instead of dismissing it as a prank, he decided to investigate.

Situations involving children always made Bonilla tense. The boy had been unable to communicate his address, his emergency, or his surroundings, so the emergency operator was worried.

He knew that people who called 911 sometimes used code words if their surroundings weren’t safe, so he ran a trace and called the number back.

“Hello?” a man answered. Bonilla’s heart jumped into his throat. “This is Anthony with the Mesa Police Department. We received several calls from this location. We just wanted to confirm that there was no emergency?”

“No. Sorry. I don’t know. The kids must have had the phone,” the man replied. But something still wasn’t sitting right with Bonilla.

Bonilla decided that he wouldn’t feel at ease until he sent someone to check in on the boy. “Can anyone pick up a welfare check?” He asked through the radio.

Since he was already in the area, Randolph volunteered. Bonilla explained the situation and how Randolph would have to make a stop on the way, but he never could have expected what awaited him at the scene.

Knocking On The Door

Randolph walked up to the front door of the traced location with a Happy Meal in his hands – the pretense for the welfare check. He knocked a few times and looked through the window. He was halfway to his vehicle when a woman opened the door.

“Can I help you?” He asked. “Is everything alright, ma’am?” Randolph craned his head to see inside the doorway. “Just yourself, is it?” Then, a toddler charged through the door.

Turns out, 5-year-old Charlie Skabelund was having an emergency… albeit a small one. “Get back in here, Charlie!” his mother called.

“Do you have the Happy Meal?” The boy confidently asked the officer. Randolph couldn’t contain his amusement… or his relief. But, now that he was here, he decided to teach the boy a valuable lesson.

Teaching Him A Lesson

“I have your Happy Meal right here,” Officer Randolph said. “But before I give it to you, I want to teach you about 911.”

Officer Randolph Valdez explained to the little boy that the 911 service is always there for him, but that it’s only to be used in emergencies. Charlie’s mother couldn’t believe her eyes.

Charlie’s mom was so touched by Officer Valdez’s handling of the situation that she posted the story on Facebook.

“Officer Valdez was really sweet and went over the rules with Charlie about when you’re supposed to call 911. He explained how if he’s busy bringing Happy Meals to kids, he can’t help people who really need him. He couldn’t have been nicer,” she wrote. But how did she feel about her son calling 911 for a Happy Meal?

“What touched us the most is how this whole situation was handled with such love and kindness,” Kim said.

“When we found out Charlie had called 911 we were a little shocked and quite embarrassed! I didn’t know he even knew what 911 was!” she added. But the story still had yet another heartwarming twist.

Looking Out For His Sister

The cheeseburger Happy Meal that Charlie had ordered wasn’t even for himself. “That’s what Jadyn gets,” Kim explained. “Charlie only eats the chicken nuggets, he’s always looking out for Jadyn.” Jadyn is Charlie’s little sister.

And when the Mesa Police Department found out about Officer Valdez’s Happy Meal delivery, they made a statement of their own.

Both Officer Valsez and Dispatcher Bonilla were lauded by Chief of Police, Ramon Batista: ‘We are very proud of how Officer Valdez and Dispatcher Anthony Bonilla responded. They showed compassion and concern for a young Mesa community member and turned this encounter into a teaching moment.’

Officer Valdez took time with this young boy, to share the importance of 911 and its proper use for emergencies only. It’s another example of the character and strength of our Mesa Police Department.’