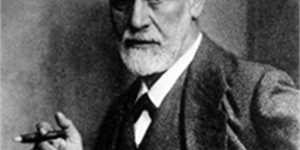 Freud was an avid smoker, first of cigarettes, then exclusively of cigars. In 1923, he developed cancer of the jaw. Physically sick and tired of the increase in antisemitism, Freud committed suicide with the help of his doctor and his daughter Anna, just 22 days after the beginning of the World War II. He injected himself with a two-centigram dose of morphine, which threw him into a coma from which he never awoke.

4 A Nazi Saved His Life

Most people know that Sigmund Freud was persecuted by Nazis when Germany invaded Austria in March 1938. What is less known is that the Nazi komissar assigned to run every Jewish business in Austria, Anton Sauerwald, arranged the escape of Freud and 16 of his family members. Not only did Sauerwald admire Freud, one of his professors was a friend of Freud. Later on, Sauerwald also arranged for Freud’s Vienna doctor to visit and operate on him in London. It was an operation that, in Freud’s opinion, game him an additional year of life.

For someone who considered himself an atheist and who thought God and religion were infantile illusions that blinded the masses, Freud was extremely superstitious. For instance, he saw magical properties in numbers. He claimed repeatedly that the numbers 23 and 28 appeared in dates, telephone numbers and hotel reservations throughout his life. He even predicted that he would die at 51, the result of adding 23 and 28. Happily for him, he was wrong. He died at the ripe age of 83.

2 He Was a Cocaine Addict

Depending on your opinion of Freud’s insights into the human mind, the fact that he was a cocaine addict may not come as much of a surprise. What will definitely surprise you is the reason he became a cocaine junkie—namely, to help his friend, Dr. Ernst von Fleischl-Marxow, overcome his addiction to morphine. Freud’s dedication to his friend moved him to experiment on himself when researching the potential of cocaine as an antidote for morphine addiction. Needless to say, that didn’t work so well for von Fleischl-Marxow.

1 He Was a Polyglot

Although most of his theories are now considered pop-psychology claptrap, there’s no denying Sigmund Freud was a brilliant man and an outstanding student. Not only had he graduated from medical school and become a neurologist by the time he was 30, he also spoke—or at least read—eight languages: German, Hebrew, Latin, Greek, French, English, Spanish and Italian. German was his mother tongue. As a Jew, he learned Hebrew at home. Latin and Greek he acquired as part of his classical education, and he taught himself the rest.
Must Read
They Think They Rescued A Cat Until Its Fur Starts To Change Color
Renewed or Canceled: The Status and Budget of Every TV Show
Entitled Neighbor Keeps Using Her Yard, She Gets Spectacular Payback