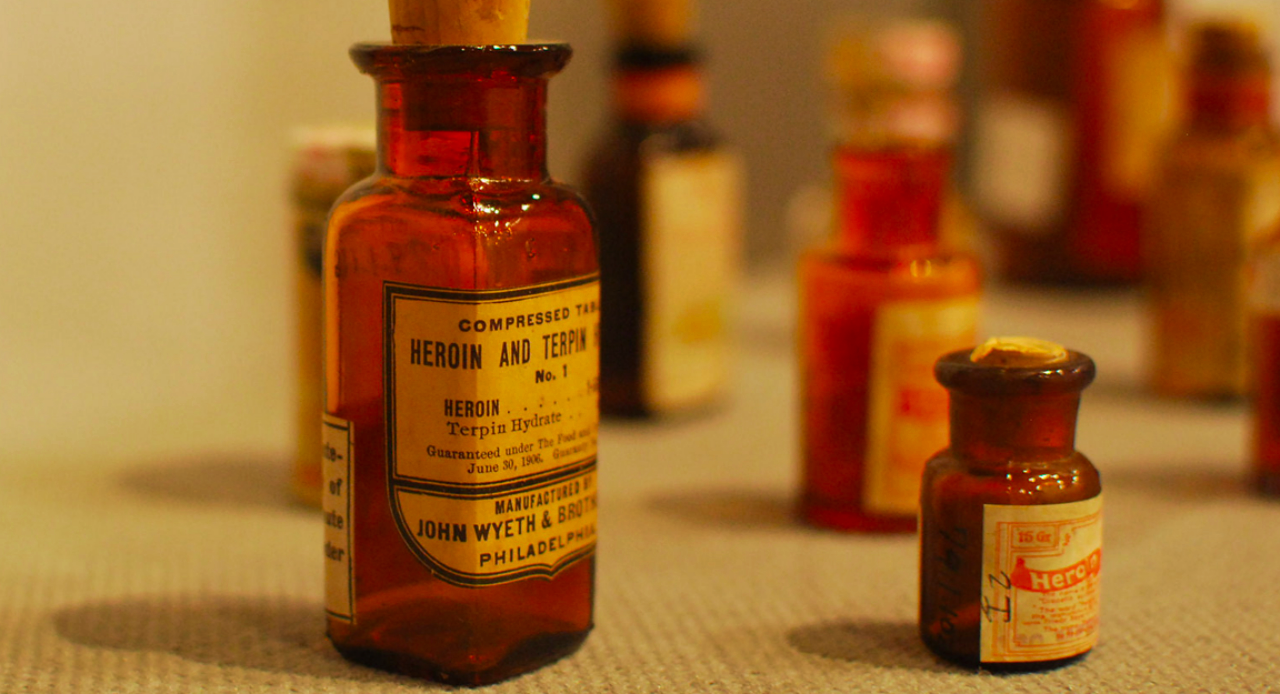 If you’re somehow lucky enough to have the smarts to make the first time machine and travel back to the ancient world, try not to get sick while you’re there. Those ancients did some crazy, terrifying things in the name of “medicine.” Some ancient medical practices seem insane and barbaric today.

Sure, Hippocrates might have said “do no harm” nearly 2,400 years ago, but there were still plenty of pseudo-medical practices going on that we’re pretty sure did some harm. Even if some of these medical procedures did help the patient, they’re still horrifying.

See 15 such ancient medical practices that may shock you.

Heroin might be the street name given to a form of morphine no longer used in American hospitals today, but it used to be a medication given over the counter. Herbs, among many other things, have been used to make medication since ancient times, but heroin took a special kind of pain away from issues.

People used it for headaches, coughs, and much more. They even gave it children, with one medical “professional” saying there was no risk in developing a habit of its use. Well, it did get rid of that cough once.

For centuries, people assumed that the things that came out of humans, as well as their remains, could be used in medical treatments. Not only did people think urine could help their teeth, but they also felt human blood and skulls could be used to help treat sicknesses.

People felt this could be useful as far back as the 1500 and 1600s, which was a time when other, better medical knowledge was present. The poor who could not afford human blood, for example, would attend executions and grab some. Vlad the Impaler, you have more possible vampires near.

Not to be confused with “The Rock” Dwayne Johnson, a rock like you might find right outside was used as a tool for centuries. They might be part of some of the oldest ancient medical practices known to man. It was used most often in dentistry where a doctor of sorts used it to help knock a tooth out. Over time, hammers made more sense and slowly gained prominence.

Today, hammers and drills are still used in some forms of dentistry, just not to the extent as it was used ago. Rocks were also ancient forms of anesthesia too. We’ll let you figure that one out.

While things like Lobotomies were eventually put to an end, people felt this practice was useful. They never once showed accurate results in this practice that could not be attributed to another source. However, this was not the first time a method like it existed.

Despite this, the concept behind a Lobotomy was that it could cure any horrible brain condition a mentally ill person might have. It was proven not to work, so seeing ancient medical practices as crazy as this go until the 1980s is shocking!

People have used cocaine for several different things over the years. Just like most things, people thought it helped with headaches. Cocaine did help for this, as it helps in the sinus department. However, the real idiotic assumption was that it helped with depression.

To be fair, it is hard to be depressed when you’re on a cocaine high, so technically, it sort of worked. However, using cocaine to cure depression belongs in the list of ancient medical practices we shouldn’t try.

While doctors to this day will induce medical seizures, they are only done for specific reasons under proper care. Decades ago, the idea was less intelligent. The concept in the 1940s and 50s was the use of electroconvulsive therapy that shocked someone into seizing or convulsing. A common problem afterward was the brain damage or death the seizure called.

The concept of using seizures as treatment dates back to the 1500s, but the early use of electricity was pretty much zero. They’d use various forms of light to cause them, similar to how they can be started for some even today.

If you have one life-threatening disorder, it makes sense to battle it with another potentially deadly thing, right? Well, not so much. However, malaria being used to treat syphilis during the 1920s.

The concept was invented by Austrian Physician Julius Wagner-Jauregg, who discovered that malaria-induced fevers had some effect on syphilis symptoms. The man even won the Nobel Peace Prize for this too. Seriously!

Forget the fact that fevers alone have been shown to help with numerous things, regardless of Malaria. To the shock of no one, several patients died from this. Ancient medical practices like this make you realize how lucky we are to live today.

Arsenic is often used today as a bioweapon of sorts, and it has been mostly eradicated from medical use in civilized nations around the world today. Before this, people used arsenic in several ancient medical practices around the world for a long time.

The typical things it treated were fevers and headaches. Funny enough, in small doses, arsenic can assist in several medically useful treatments. However, we no longer need it today due to having other medication that does not also kill people as easily as arsenic does.

The medical use of castration was rare because men generally don’t want this procedure. However, Babylonians felt that it could be useful as a last resort. Some people used this practice for what we’d call a UTI today or even a kidney infection. At the time, no one knew what these were or how to treat them.

However, the most common usage of castration came for eunuchs. For several harems under the Assyrians and Babylonians, the testicles needed to be removed to be a eunuch. Turkish people forced the removal of both the testicles and penis. By the way, they were not put to sleep to do this, and the testicles were crushed to do the castration. Ouch!

People have used mercury for hundreds of years to help with countless different ailments. Its use is one of the most common ancient medical practices known to man. Ancient Persians and Greeks felt it was useful as an ointment while second-century Chinese felt it increased lifespan and vitality.

The most famous use of mercury gone wrong was with Chinese Emperor Qin Shi Huang, who thought a mercury pill would make him immortal. From the time of the Renaissance all the up to the 20th Century, we used mercury to treat sexually transmitted diseases too. Most who used mercury died from liver or kidney damage caused by it poisoning them.

One of the ancient world’s most common methods of warding off or curing illness and injury was to sacrifice something (often someone) to the gods. This practice might seem silly today, but it did not feel ridiculous if you were the cow, sheep, or human being killed to repair the health of the emperor, chieftain, or another important person.

You might even find this personal at times. Humans who were sacrificed often volunteered, shockingly. Some found it to be a great reward to die for someone else. They were what we call weird people.

Modern anesthesia (and similar anesthetics) were not in regular use until well into the 19th century. However, there were a few methods for helping reduce the suffering of a patient during a medical procedure. They boiled down to essentially three things: drugs, alcohol, or being knocked over the head.

The latter was especially popular in ancient Egypt, where doctors started most surgical procedures by a Stooge-esque clunk to the noggin. Remember the rock from before? It was less common for Egyptians. They typically used something more practical when doing ancient medical practices like that of early brain surgery.

The Greco-Roman physician Galen (Greek by heritage, Roman by birth) is considered one of the first people to practice some modern surgical techniques. Galen was the first to implement such things as trying to use a clean, sterile area to perform operations in eye surgery.

We’re still glad not to be one of the patients whose cataracts was being “cured” by injecting a needle directly into the eye, hoping to sort of suck the thing out.

Believe us when we say there is nothing humorous about the “humors.” The humors were those pesky (meaning nonexistent) bodily fluids that ancient and medieval people thought had to be kept “in balance” to keep you healthy. They were blood, black and yellow bile, and phlegm.

See? Not funny. Even less funny was the usual way doctors of the Old World tried to restore their balance: bloodletting! Using either a blade, leeches, or some other awful method, the doctor would remove a portion of their poor patient’s blood. As we now know, this is one of the worst things you can do to a sick human being.

There is a statue in the Public Gardens of Boston, MA, commemorating the first use of an anesthetic during surgery. It dates from the 1840s. The brain surgeries we’re talking about here date as far back as 4,000 years and range from modern Turkey to Peru. So ouch. But also amazing!

The most common brain surgery practiced by ancient peoples is known as trepanation, wherein a hole is drilled through the skull to allow a reduction of brain swelling, usually caused by trauma. The examination of many specimens has conclusively proved that multiple ancient individuals not only survived this process but lived for years after it.

Luckily for all of us, we’ve now learned things that are scientifically backed to help us improve our lives. Click next to read about daily habits that will help you feel healthier and happier.