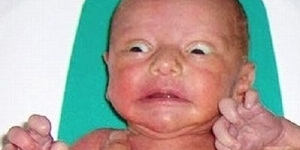 At long last, it’s finally happened! The royal baby is here! And the world will forever be exactly the same as it was going to be before he was born.

Seriously, not to attack a newborn or anything, but why on earth is everyone so captivated by the birth of the royal baby (which by the way, would be an AWESOME name for a punk rock band)? It’s one thing to have some marginal interest and maybe be happy for a young couple that just brought a new life into this world, but treating the arrival of this kid like it will usher in a new era in which we will forever be changed, seems like it may just be a bit of overkill.

These days, once a news story catches on, it isn’t long before it’s a trending topic on Twitter. Everyone wants to give their two cents about a story, crack a joke, or be the first to break the latest tidbit. Thanks to this constant-news culture, #RoyalBaby has been trending on Twitter for what seems like the better part of a month, mostly yielding tweets that let us all know he still wasn’t born. Please, calm down and leave Twitter to do what it was truly meant to: document celebrity breakdowns as they occur.

Can anyone explain why the hell the United States is so interested in all of this? Sure, Britain has the right to be sort of excited, but why are US news outlets flooding the airwaves with royal baby updates too? Didn’t America and Britain break up like 200-something years ago? This is just strange. It‘s like obsessively looking at your ex’s pictures on Facebook and somehow convincing yourself that you’re just checking in and that you really want them to be happy. Go away America; you’re being weird and creepy.

While it’s understandable that media outlets sometimes struggle to fill time in a 24-hour news cycle, the impending birth of the royal baby has shone a spotlight on just how heinous today’s news coverage can really be. First, the story was given an asinine name, “The Great Kate Wait” (though that’s better than the geniuses who dub storms “Snow-pocalypse” or “Rain-mageddon”), then, they cover everything at the scene, even if there’s nothing to cover. In this case, it was live, 24-hour coverage of a hospital door. Riveting stuff.

Everyone is looking to get the first glimpse of the new royal heir. After all, he could one day sit on the throne and that would mean… well, absolutely nothing. Why does anyone care who the heir to the British crown is? It’s no longer relevant in a time where indoor heating exists and children who live past 11 aren’t considered to be “getting on in years.” Sure, the royal family is fun to look at, but they’re powerless figureheads. The only thing this kid is truly inheriting is the ability to create another kid who will for some reason be famous the moment he pops out of his mom.

It’s hard to quantify exactly how little this child will genuinely change the world as a whole, so let’s just break it down in terms of how much it will affect your life. You’ve been watching the coverage, reading the articles and waiting anxiously to hear what the little fella’s going to be named. But the royal baby’s existence will literally not alter your life one single bit. His arrival will have about as much real-world relevance as the outcome of Groundhog Day has scientific significance. He’s the Punxsutawney Phil of babies.
Must Read
Ex-Army Dog Jumps At Girl And Dad Decides To Take Him To The Vet
Man Hears Noise In Yard Sale Dresser, Finds Hidden Drawer Inside
Stepfather Asks Wife's 8-Year-Old To Pay Rent, Learns Valuable Lesson