5 Most Hated Teams in the NFL 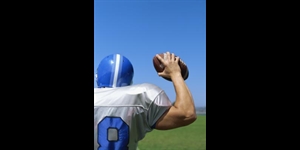 Although every football team has that one rival all their fans hate, a universal dislike for certain football teams is simply part of the sport. Whether stemming from jealousy, disapproval or valid criticism of undeserved praise and unsportsmanlike behavior, some teams are detested by NFL players, fans, the media and the public at large. Putting aside local rivalries, these teams are the current front runners for most hated.

The New York Giants may well be hated for one simple reason: They win when they shouldn’t. Everyone expected the Green Bay Packers to destroy the Giants during the NFC Divisional Game played at Lambeau Field on Jan. 15, 2012, yet the Giants creamed the Packers on their own field. The Packers had been expected to go on to win the Super Bowl. The Giants crushed a lot of dreams that year, and in recent memory. Whether this hatred will continue remains to be seen, but there are still plenty of fans rooting against the team as payback for defeats that still hurt.

The New Orleans Saints have fallen hard since their once-loved status following the devastation of Hurricane Katrina. The Bounty Scandal, their heavily disliked owner Tom Benson and their fans’ lack of graciousness are just some of the reasons the Saints are no one’s favorite anymore. Hatred may not be as fresh as it was after last year’s Bounty Scandal broke and the Louisiana State Police found no evidence to back up the bogus wire-tapping accusations, but the Saints are still looking anything but saintly.

The Oakland Raiders have long been disliked for their attitude and their unruly fans. The Raider Nation may be the most hated of all that is football. However, a recent accusation of sabotage has given people a new reason to look down on the Raiders. Former receiver Tim Brown claimed during a radio interview in January 2013 that Bill Callahan sabotaged his own team’s chances of winning the Super Bowl a decade ago by gaming the game plan days before the important game. The Raiders suffered an embarrassing defeat at the hands of the Tampa Bay Buccaneers. Brown’s accusations came out weeks before the 2013 Super Bowl, pulling attention away from the upcoming game while also insulting the Buccaneers, who boasted one of the NFL’s best defenses ever seen at the time.

Despite poor performance, the Dallas Cowboys still claim to be “America’s Team,” just one of the reasons many NFL fans will root for anyone but the Cowboys. ESPN recently debated whether the Patriots or the Cowboys were 2013’s most hated team, and it may very well come down to personal opinion. Some people may actually resent the Patriots because of their winning record, while the Cowboys have little redeeming value.

Baltimore Ravens linebacker Terrell Suggs isn’t the only one who hates the Patriots, but he may be the most vocal. Suggs called the New England Patriots the most hated team in the NFL in an interview with radio station WEEI, and he claims his sources are other players. Public opinion could support this statement. Many people are not fans of coach Bill Belichick and his no-nonsense attitude. He’s not known for being a gracious loser either. Jealousy over the Patriots’ success could have something to do with their hated status as well. 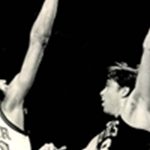