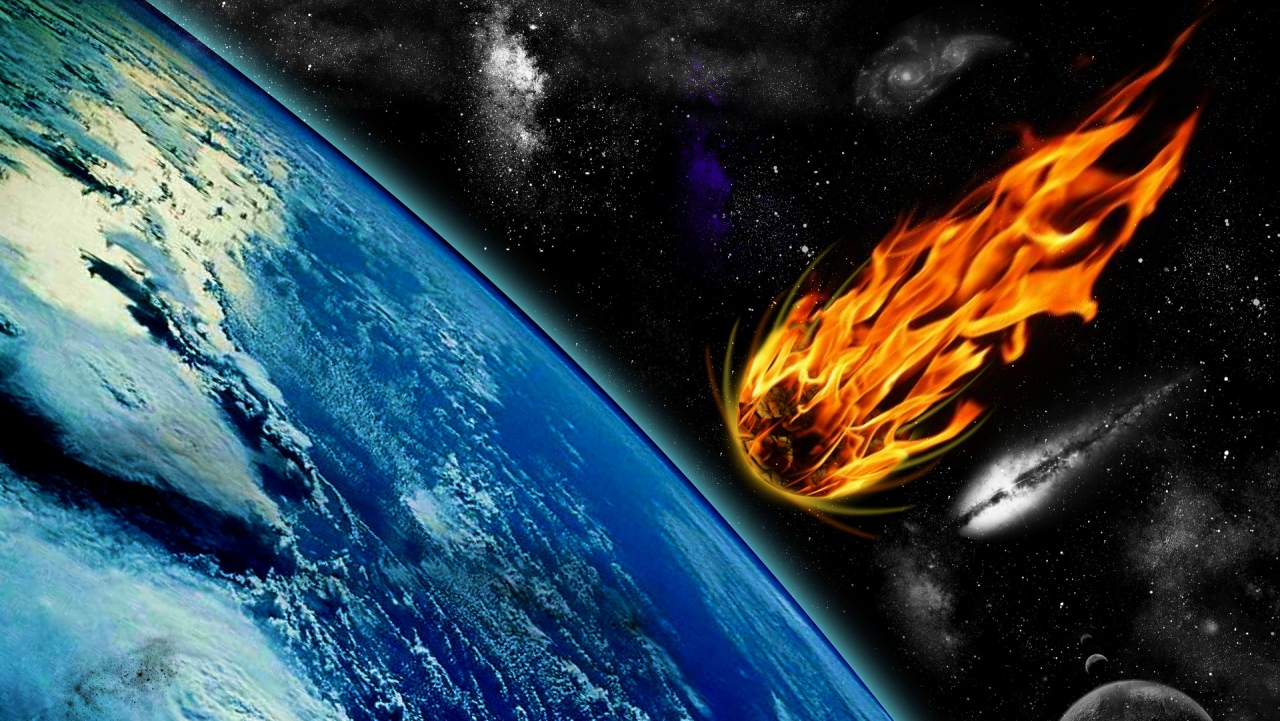 The recent meteor explosion over the Russian city of Chelyabinsk got many people thinking. Is there a prospect of killer death rocks hurtling through interplanetary space on a collision course with our poor little planet? Others took a more reasoned approach in their responses, realizing that destructive meteor impacts are rare.

However, destructive meteors do happen. When sizeable “near earth objects” become so near that they smash into a planet, you might want to be somewhere else. We’d recommend being in another time period.

These 15 destructive meteor strikes are the grandest of them all. Check them out to see which you believe was the worst.

The Beaverhead Crater is one of the most complex meteorites you’ll ever see, and certainly one of the oldest. It was not discovered until the 1990s when people found shatter cones in Beaverhead, an area in southwestern Montana.

The crater itself is 600 million years old and spans between Montana and Idaho. This makes it the second largest impact crater in the United States today. You can barely see the surface today, but it’s around 37 miles in width.

You can see the center of the crater in Challis, Idaho, today. It may not be among the most prominent craters in the world, but it’s still massive.

Australia is home to some amazing landscapes, partly thanks to the meteorites hitting the continent. One of the most notable areas in Australia is Gosses Bluff, the site of a destructive meteor strike 142 million years ago. Experts think the meteor hit at 40,000 miles per hour, going around 16,000 feet deep into the surface.

Scientists assume this destructive meteor likely led to some mass death tolls due to the heat that came out from the area. Although people aren’t sure if humans lived in the area at the time, we can understand why they think this. The crater spreads over 15 miles in length and stands out. One can see the cavity in person or on a plane. It’s that large!

The Lake Bosumtwi Crater almost seems human-made due to its perfection. The area of Lake Bosumtwi in Kumasi, Ghana, is perfectly round, making some question about how this occurred so naturally. While there is a 5-mile diameter of water, the crater was formed by a 500-foot meteorite that hit around 1.3 million years ago.

Scientists have had a massively difficult time studying this crater due to the thick rainforest that surrounds it on top of the fact that the local Ashanti people considering it sacred. They ban iron or metal boats from being used on the water, making drilling there next to impossible. The people here are likely the reason that the crater is one of the most well preserved in the world.

People have debated for years about the actual size of the Woodleigh Crater found in Western Australia because the crater is not exposed at the surface. That means the size of it cannot be readily determined without major digs to uncover it, which is both too expensive and time-consuming to do.

This has led to some studies regarding the area, with everyone believing it is at least 25 miles in length. However, some experts think it is as large as 75 miles. The only things everyone can agree on is that a destructive meteor hit here 364 million years ago.

Around 35 million years ago, a destructive meteor hit into carbon-rich graphite rock deposits in Siberia. This meteor resulted in something amazing. The impact crater and the immense pressures and temperatures it pushed out converted that carbon into diamonds.

The crater is 62 miles long and is home to a huge diamond reserve according to the Russian government. Known as the Popigai Crater, it has been a tourist attraction for people over the years. Don’t expect to be able to take a diamond while you’re there because the government watches people like hawks if they get anywhere near the crater.

We’re not sure if we need to call the site of Clearwater Lakes in Canada lucky or unlucky. The area got hit by not one but two destructive meteors. The story goes that 290 million years ago, a meteor was coming down from the sky and split in two. This split caused two strikes instead of one. You can see the craters today around the eastern shore of Hudson Bay.

Due to this being Canada, erosion and glaciers have dominated this area and made it difficult to see the craters in full. One of the lakes created is 20 miles in diameter while the other is slightly below 14 miles. Due to how much erosion has happened here, it is likely these meteors made one heck of an impact those 290 million years ago.

The Chesapeake Bay Crater is on offshore in Virginia. You’ll be able to see its distinctive curving shoreline, making it a significant landmark in the state. The crater is 53 miles wide, making it one of the largest impact craters on Earth. While the indention of the crater can be seen, the bulk of it is buried under seafloor mud today.

People drilling at the Bay in 1983 first discovered the crater when the drill brought up an eight-inch-thick layer of impact ejecta. Further testing helped scientists find out that a destructive meteor hit the area 35 million years ago.

The Barringer Crater happens to be one of the youngest of the major craters that can be found in the world today. Located in Arizona, a destructive meteor hit here 50,000 years ago. Most scientists believe that the meteor that hit the site came in at 28,000 miles per hour when it struck.

Experts say that this likely caused an explosion 150 times more powerful than the Hiroshima atomic bomb. Funny enough, people once theorized a meteor never hit here due to the lack of meteorite present. Scientists think that due to its speed, the rock melted during the explosion. The crater is a mile wide and around 600 feet deep, so it certainly made an impact.

Located in Ontario, Canada the Sudbury Crater is one of the largest and oldest craters on planet Earth. The crater is currently 81 miles wide, but the original crater was thought to be 160 miles. It appears that a massively destructive meteor hit here because the impact was immense. Rock fragments from the crater have been found up to 500 miles away in Minnesota!

The reason we don’t see a large portion of the crater today is mostly due to the age of impact. The meteor hit 1.85 billion years ago, which means the Earth grew with the crater into what we know it is as today. Seriously, the dinosaurs could have crossed by this thing while they were alive.

Located in the lovely French territory of Canada known as Quebec, the Manicouagan happens to be one of the few massive craters that are filled in with water. The crater spans 62 miles in width, which is enormous. The crater is so large and so distinctive that satellites from space can see it.

Google Earth can find an image of the great crater lake right now if you chose to check it out (after seeing the remaining five craters, of course). The crater is also one of the most well preserved, likely due to the water that has filled it, in the world today. This fact is even more impressive when you realize it’s so well-preserved while also being 214 million years old.

5.) The Cosmic Missile Shot Right Through the Roof of Mrs. Hodges Home

The most destructive meteor strike ever for one Mrs. Elizabeth Hodges happened in 1911 when a small meteorite hit her in the hip. All Hodges wanted to do was take a relaxing nap on the couch of her Alabama home, but a small meteor traveled countless miles with different plans for her afternoon.

The cosmic missile shot right through the roof of Mrs. Hodges home, bounced off her radio, and struck her on the upper thigh, causing bruises and a remarkable story for her to tell over cocktails.

The largest known meteor impact of all was totally out of this world! But not by much — it hit on our moon. The South Pole-Aitken basin on the earth’s moon is the largest known impact crater ever.

It is more than eight miles deep and nearly 1,600 miles across. As it is not on the side of the moon we can see from earth, this massive impact crater was only discovered in the 1960s.

The most destructive meteor strike of the 20th century occurred in an area so remote that not a single human being died. The impact was bad news, though, if you were a pine tree living near Tunguska in the year 1908.

While the Yucatan meteor strike was likely the most deadly of all impacts, it was not, in fact, the most devastating meteor strike in terms of pure power and scale. The Vredefort crater in South Africa is a staggering 200 miles across, making it approximately twice the diameter of the Chicxulub crater from the Yucatan.

1.) K-T Extinction Event That Polished Off the Dinosaurs

When this crater was found, it provided more to seal things up. You can see the crater in Mexico’s Yucatan Peninsula and is now the main crater responsible for the end of the Cretaceous period 65 million years ago. The original size of the crater is said to be somewhere near 150 miles in diameter, with a current size of 93 miles able to be seen today.

Wanting to know about potential future meteors? Click next to read about near-earth objects.