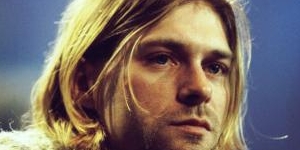 If you hadn’t heard of Kurt Cobain or Nirvana before “Smells Like Teen Spirit” came out in 1991, you certainly heard of both after. A continual play on radio stations and MTV, that song changed the music scene. Cobain became the poster boy for alternative teens and was responsible for the grunge movement. However, Cobain couldn’t handle the sudden fame or being labeled as defining Generation X and died way too early after putting a gun to his head. There’s probably more about Cobain you want to know.

Just before Cobain committed suicide with a gun, he tried to end his life through drugs. He overdosed while in Rome, Italy, with his wife, Courtney Love. The reports from the hospital stated the overdose was accidental, but it wasn’t. Cobain left a suicide note. Cobain, still suicidal after being released from the hospital and back in the United States, became somewhat of a hermit in a continual drug-induced state and surrounded by guns. When Love became alarmed about Cobain’s behavior, she called the police, who determined, after finding Cobain high and in a locked closet with guns, that he was not suicidal. The police did confiscate the drugs and guns.

Cobain openly talked about his chronic stomach pain, but he never received a diagnosis for what ailed him. Instead, he self-medicated with drugs. He spoke of the pain becoming so bad that he could imagine killing himself. What Cobain didn’t know about his stomach problems was that he was likely worsening his condition, which could have been irritable bowel syndrome, according to “Health” magazine. His standard diet of boxed mac and cheese, strawberry-flavored milk and a lack of fruits and vegetables could not have helped.

Punk rock made Cobain happy during his turbulent teen years. Listening to the punk band, Melvins, Cobain could relax and enjoy himself. However, his drug use and drinking worsened during that time. He also took a stab at forming his own band, and he called it “Fecal Matter.” That band never got any gigs, although it did record some songs from Cobain’s aunt’s home.

Cobain’s father, an auto mechanic, and his mother, a stay-at-home-mom, divorced when Cobain was 8 years old. Cobain’s childhood was difficult after that. He lived with his father, but felt alienated when his father remarried a woman with two children. This alienation led to his drug use when he was a teen, and that led to his heroin addiction. When Cobain was 16, he lived with various relatives, friends and even in apartment hallways, never really settling anywhere.

Cobain was born to be a musician. He inherited the talent from his uncle and great-uncle. His uncle played in a band, and his great-uncle, an Irish tenor, appeared in the movie, “King of Jazz” in 1930. When Cobain received his first guitar at 14, the kids at school made fun of him for pursuing music over sports. Cobain couldn’t handle high school anymore after that and dropped out his senior year.
Must Read
Girl Doesn't Leave Store, Gut Tells Manager To Check Footage
Neighbors Notice Cat Carrying Puppies, Follow Her Because They Knew Something's Wrong
Dog Won't Stop Staring Out Window, Gut Tells Mom Send Neighbor A Note