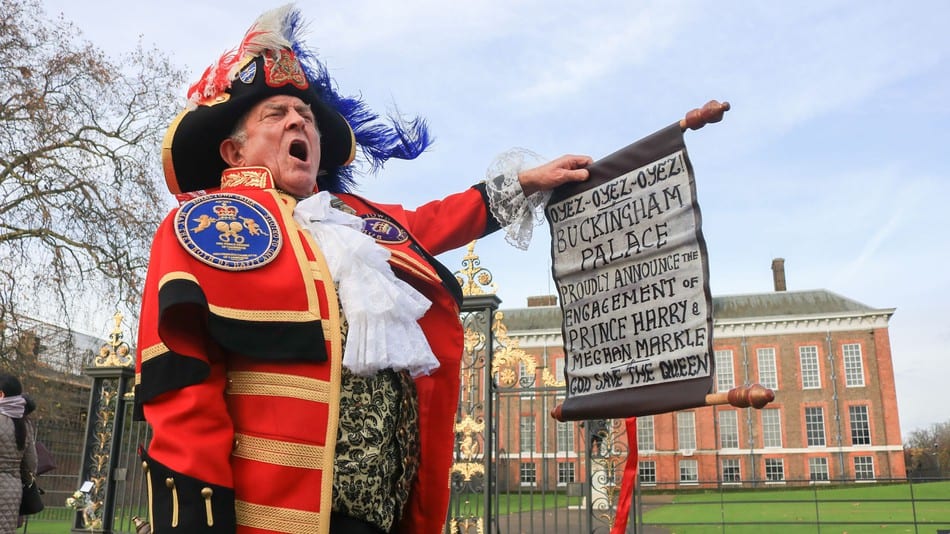 As the times change, so too do the needs of society and the ways in which those needs can be met. Sometimes a given society will cease to have an interest in a certain commodity or pastime; sometimes a new technology will come along that revolutionizes the way a certain task is performed.

Thus it is that there are many jobs that don’t exist anymore. And we don’t mean a large number of jobs of a given description are “lost”; we mean the entire job description itself vanishes. If one of these professions is on your resume, you might want to do a bit of updating before your next meeting with a hiring manager. 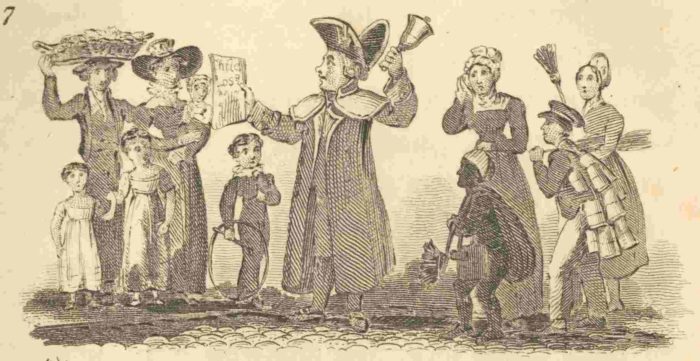 Before the days of the Internet, there was the radio and the telephone. Before the days of the radio and the telephone, there was some guy walking around ringing a bell yelling stuff but these are jobs that don’t exist anymore. He was the town crier, AKA the bellman, and his calls of “Hear Ye! Hear Ye!” prefaced the spread of vital information, usually about comical acts of oafishness or about an impending attack by the British army. The cry was usually accompanied by the ringing of a large hand bell.

The town crier also had the important job of informing townspeople of the latest news, proclamations and bylaws ass many people were illiterate and didn’t have any other way of knowing.

Now, you may still hear “Hear Ye!” at ceremonials, fetes and local events. 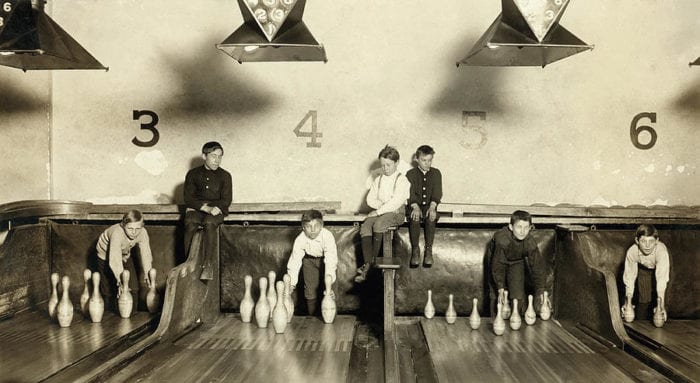 You can imagine how much people would hate to reset bowling pins after rolling, way before we had the machines we have today. In the early 1900s, young men were hired to take care of this job.

So if your job title was “pin monkey” you were probably thrilled by the invention of a mechanical process of gathering and resetting bowling pins. As a pin monkey (or a pinsetter, more properly) in the days when each frame required a manual reset, you had an essentially Sisyphean task. Every time you set the pins up in such perfect, neat order, some jerk knocked them down again!

Due to the nature of the job – low paid, part-time, mostly evenings and laborious – the pin monkeys would usually be teenage boys. 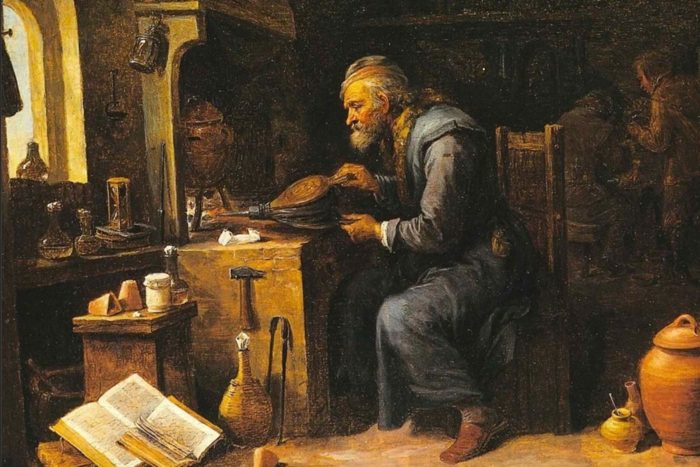 Alchemists kept at it for hundreds of years, but damned if they just couldn’t find a way to transform anything into gold. Alchemy can be explained as the medieval philosophy that aimed to turn base metals such as lead into gold.

Alchemists were doomed to fail as they had a complete misunderstanding of basic chemistry and physics. They based their theories and experiments on the assumption that everything in the world is composed of four basic elements (air, earth, fire and water), along with three substances (salt, mercury and sulfur). Of course, now we know that the world is made up of atoms and elements and it’s not possible to adjust the percentages of elements and turn them into gold.

Alchemists were definitely wishful thinkers though and it was a pretty cool way to waste time. Lots of fun powders and bubbling beakers and such. It’s definitely better that alchemists are jobs that don’t exist anymore! 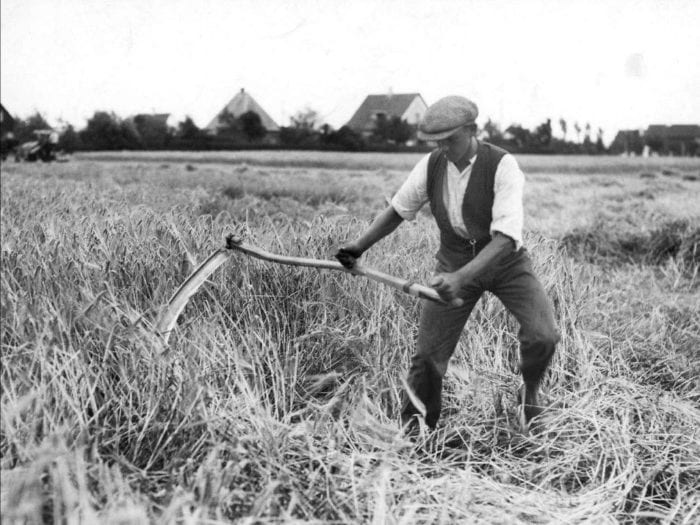 When most people hear the word “reaper,” they picture the iconic image of Death (the Grim Reaper) wearing a black cowl and carrying a sinister-looking scythe. For centuries – millennia, in fact – a reaper was indeed a rather grim occupation, but not because it dealt with death, but rather because it meant spending hours every day of your life marching through grain fields chopping stalks of grains down to be harvested.

By the mid-1800s, machines replaced field hands, and few people were upset at the disappearance of this thrilling profession. Cyrus McCormick, a blacksmith in Virginia, developed the first practical mechanical reaper to harvest grain in 1831, when he was only 22 years old. Before the machinery, families would have to struggle to cut enough grain during the fall to last them until the next harvest. However, with a machine pulled by a horse, farmers could harvest large fields in a day so they began to buy larger farms. 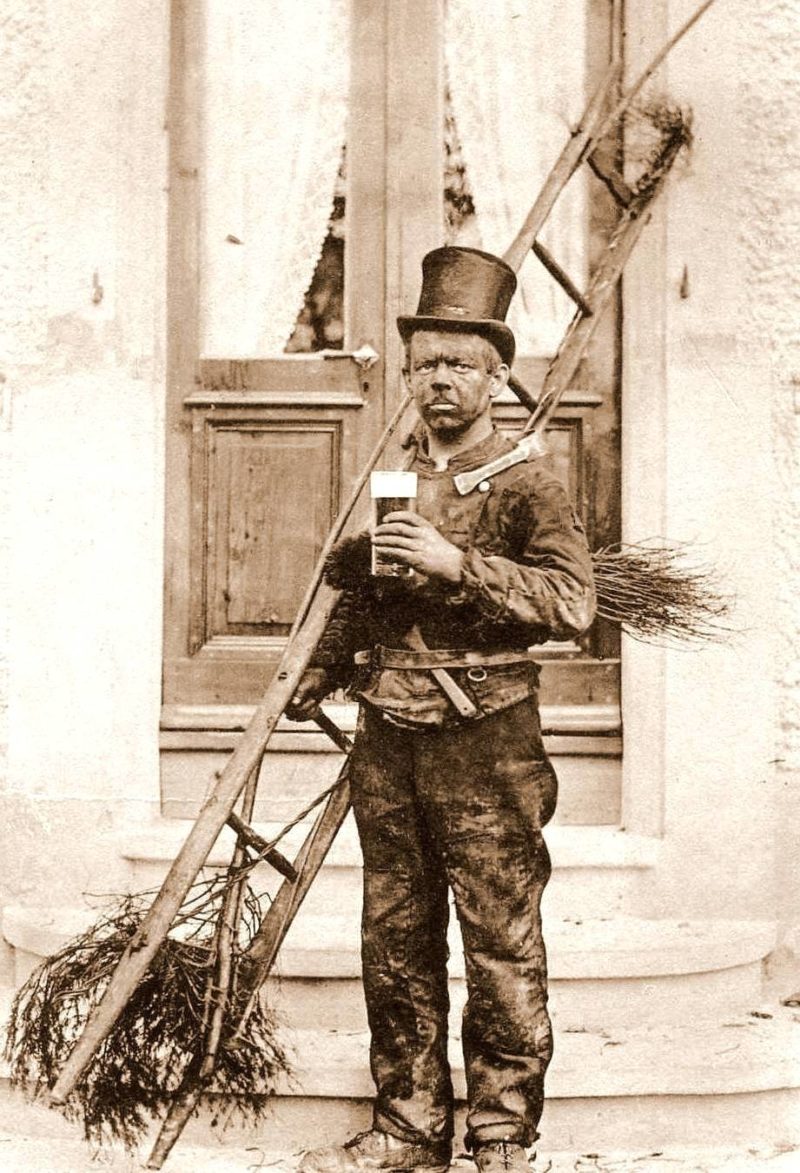 The job of chimney sweeping has been around for hundreds of years, peaking during the Industrial Revolution. Think less undernourished Victorian orphans sent up chimneys and more brushes on a large stick that cleaned the chimney.

With the adoption of electric and gas, the use of chimneys is less common and so chimney sweeping are jobs that don’t exist anymore. However, for those who do use chimneys, there many tools and technology that is available such as cameras, vacuums and chemical cleaners. Rather than tying ropes around small children and lowering them into sooty black chambers of disease and death. So that’s some good progress.

Mechanized robots and artificially intelligent software programs are predicted to eliminate 6% of the jobs in the US over the next five years. That doesn’t just include low-wage employees, it’s also highly skilled employees that need to watch out. This includes construction workers such as bricklayers, crane operators and bulldozer drivers, insurance underwriters and claims representatives and many farming jobs. Soon, there will also be a minimal amount of offices as so many people can freelance and work from the comfort of their own home.