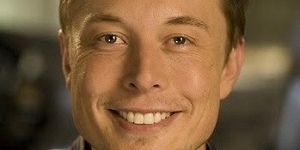 If there’s one thing billionaire entrepreneur Elon Musk is not, it’s predictable. The man behind Tesla Motors and PayPal makes headlines all the time—and rarely for the same thing twice. If Musk is not busy founding or investing in the next breakout tech company, he is investing in space travel or next generation terrestrial transport. And now Musk is apparently keeping busy with a submarine spy car á la James Bond in the classic thriller “The Spy Who Loved Me.” Musk apparently bought the movie prop earlier this year, but this is a man who doesn’t settle for any mere memento…

A spokesperson for Tesla Motors company revealed this week that the Musk had been the heretofore anonymous buyer of the movie prop car from the 007 film “The Spy Who Loved Me.” In the film, James Bond’s vehicle transforms from a sports car into a submersible. Musk now apparently plans to make that movie magic into a reality. Using a powertrain from Tesla and with modifications largely devised from scratch, Musk may soon be a step closer to owning a genuine submarine-car.

4 Musk is a Billionaire Almost Seven Times Over

Elon Musk is worth a bit less than an estimated eight billion dollars, give or take a few hundred million dollars depending on the way markets shift and investors feel on a given day. The founder of numerous successful companies and an investor in many more, Musk is not quite on the list of the 100 richest people alive, but he comes close. His stake in Tesla Motors alone is worth more than five billion according to some estimates.

Musk is many things, of course, but it all started with computer programming. As a ten year old boy living in his native South Africa, Musk taught himself how to program computer software. By age 12, in the early 1980s, Musk had created a space-themed video game good enough to sell for a reported $500. It was the first time his mastery of technology would make him money.

2 Musk Has Founded or Invested in Myriad Companies

Most successful business people have a few great jobs on their resumes; companies for which they worked and where they thrived. For Elon Musk, his resume is not so much about working for companies but more about creating them from the ground up, either based on his original ideas or under with his countenance and investment. Musk is perhaps most famous for being behind PayPal, Tesla Motors and SpaceX, but is also behind such companies as Zip2, created (and then sold) after he left school, and SolarCity, a major player in the alternative energy field.

Seeking to benefit from a blend of the potential of new technology and the frustration of intercity travel, Musk conceived of the Hyperloop, a radical new mode of transportation that could see passengers traveling from Los Angeles to San Francisco in as little as a half hour. A network of such “pods,” which would zip through specialized tubes riding along on compressed air, could revolutionize the way we travel. But it may be up to someone other than Elon Musk to develop and design it: he’s too busy. Musk revealed his initial designs in the summer of 2013, but also stated he was simply too busy to work on the project, and invited other engineers and entrepreneurs to take the initiative.
Must Read
My Boss Stole My Super Bowl Tickets, So I Made Him Lose A Major Client
Brother Ruined My Wedding By Proposing So I Ruined His Proposal
Keanu Reeves Shows Up To Couple's Wedding, Then Groom Figures Out The Real Situation