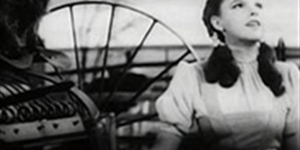 Some people go to the movies for the action or romance, while those who are musically minded may actually go for the score. If you hum a tune from any of the best film scores while in a room full of movie buffs, there’s no doubt that a handful will instantly name its respective motion picture. The music that accompanies silver screen favorites is what often immortalizes the screenplays and their characters.

James Horner was the king of the world in 1997 when he won the Academy Award for Best Dramatic Score for orchestrating and conducting the score for the blockbuster “Titanic,” which starred Leonardo DiCaprio and Kate Winslet. Horner and composer Will Jennings also won the Academy Award and Golden Globe Award for Best Original Song for “My Heart Will Go On.” The movie’s soundtrack features the voice of Norwegian singer Sissel Kyrkjebø, who provided the wordless vocals. Horner also used a digital choir to accompany the orchestral music in the film. The “Titanic” soundtrack was the best-selling album in 1998 and held the top position on the Billboard charts for 16 weeks. Consequently, it’s the highest-selling movie score of all time that’s composed of mostly orchestral music.

While a lot of people don’t really have a clue about what the man is saying in the Zulu language at the beginning of the first track in “The Lion King” movie, this didn’t stop the Academy in 1994 from giving Hans Zimmer an Oscar for Best Original Score. Zimmer also received a Golden Globe Award in the same category. The music from the movie was so popular that album went 10 times multi-platinum in 1995, making it the best-selling soundtrack for an animated film.

3 The Sound of Music

In 1965, Irwin Kostal won the Academy Award for the Best Scoring of Music—Adaptation or Treatment for Richard Rodgers and Oscar Hammerstein II’s “The Sound of Music,” which stars Julie Andrews and Christopher Plummer. The soundtrack topped the music charts for more than 70 weeks and was the best-selling album in the United Kingdom for three years. Because of its iconic score and tracks, “The Sound of Music” is a popular sing-a-long flick in the U.K. and the U.S. because no one can resist singing, “Doe a deer/ A female deer/ Ray, a drop of golden sun…” when he hears the melody.

“The King and I,” starring Yul Brenner and Deborah Kerr, won Alfred Newman and Ken Darby the 1956 Academy Award for the Best Scoring of a Musical Picture. When Gertrude Lawrence dropped out of the running for the lead female role in the movie, Brenner pressed for Kerr to play the role of Anna Leonowens. Since Kerr wasn’t musically gifted, you actually hear Marni Nixon’s singing voice. The motion picture soundtrack includes three restored songs not featured on the film.

1 The Wizard of Oz

Winning the Academy Award in 1939 for Best Original Score, Herbert Stothart’s instrumental score for “The Wizard of Oz,” starring Judy Garland, features some of the most recognizable American songs in film history. One such song is “Over the Rainbow” by Harold Arlen and E.Y. Harburg, which won the Academy Award for Best Song. While editors had to cut a handful of songs because of time constraints, you can still listen to them on the studio album soundtrack.
Must Read
Experts Who Drained Canal Now Have New Troubles
How To Find Hidden Cameras In Hotels And Airbnbs
This Marvel Quiz Will Reveal People's Personality