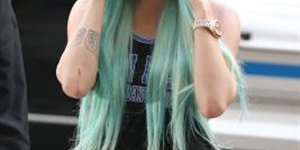 The world has some steep expectations for celebrities, and for these five gals, living up to them proved difficult. The world watched as their flames fizzled along a string, before blowing up like dynamite. We laughed. We cried. We uttered the words of iconic artist and director Andy Warhol, “poor little rich girl.”

Paula Abdul quickly became the butt of many jokes, after her very public meltdown in 2008. In the middle of LAX, Abdul screamed into her cell phone. It is unknown who was on the receiving end of Abdul’s tirade, but everyone in LAX was treated to screaming, hyperventilating and ranting. The cell phone conversation lasted 10 minutes. Afterward, a bystander said her voice sounded like a “poltergeist.”

In July 2001, Mariah Carey was facing the scrutiny of the media after her film, “Glitter,” was met with disastrous reviews. Overall, the film stunk. Maybe Mimi isn’t used to anything she does being criticized, because she soon flew off the deep end. Carey showed up, without invitation, on the set of MTV’s “Total Request Live.” She was dressed only in a T-shirt and began pushing an ice cream cart across the stage. Eventually, she laid waste to her shirt, shredding it on stage, while a confused Carson Daly watched. The next week, Carey was admitted to a hospital to be treated for exhaustion.

No list of celebrity meltdowns is complete without Lindsay Lohan. After a host of drug charges, traffic accidents, assaults and a jewel heist, Lohan is no longer the toast of Hollywood she once was. Disney’s long-time sweetheart has found herself in so much hot water, even her lawyer fired her. She’s lost numerous jobs, due to the fact that insurance companies won’t cover her. They’re afraid she’ll pull an on-set tantrum, not show up or, worse, fail at sobriety. Lohan’s meltdown seems to be ongoing, but her fans hope they’ll see an end to the madness with the success of her new film, “The Canyons.”

Former child star Amanda Bynes is dominating headlines with her very public breakdown. At just 24 years old, Bynes announced she was retiring from acting to focus on her music career. She rants about other celebrities, gossip bloggers and even the president on Twitter. Just recently, Bynes received a lot of flak for calling both the president and the first lady “ugly.” Bynes has had several brushes with the law, most recently for throwing drug paraphernalia from a window. Bynes is known for showing up to court in ridiculous attire. She has opened up about some botched plastic surgeries, but then promptly scheduled even more plastic surgeries, alerting the public that Bynes may be suffering from body dysmorphic disorder.

Britney Spears’ meltdown shocked the world in 2007, when she walked into a random hair salon, grabbed a set of clippers and shaved her head completely bald. Her meltdown controlled headlines for the better part of the year, during her name remained a top search term on the Internet. Spears certainly had a tough year—one that included drug rehab, failed relationships, being hounded by the paparazzi and a very public custody battle.