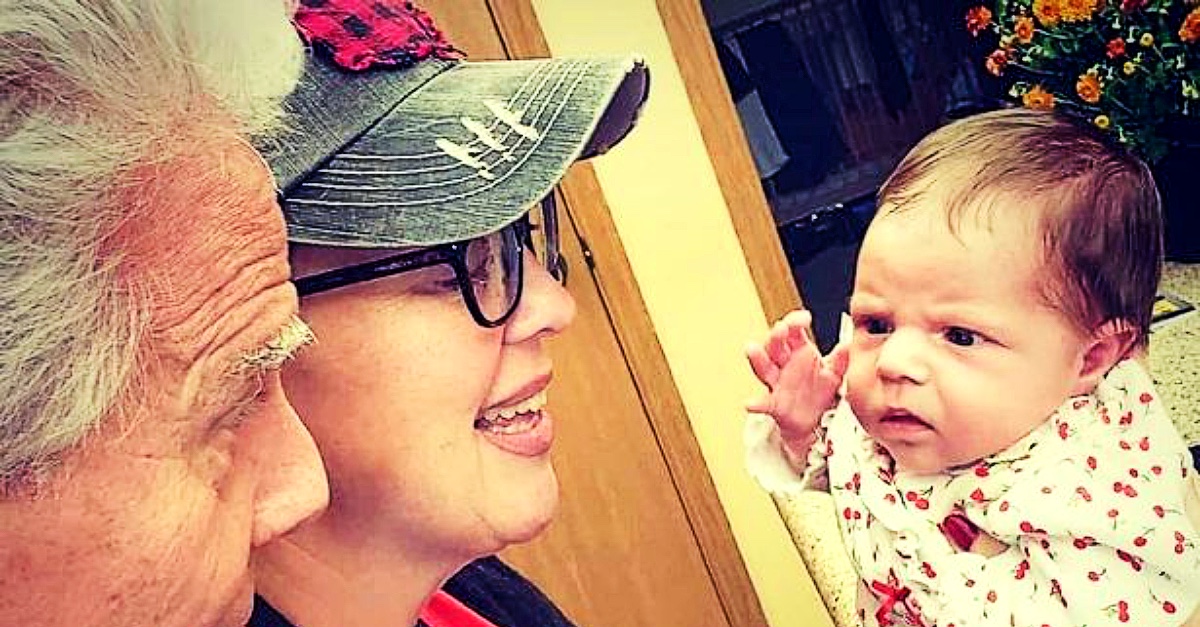 Becoming a mom was the best thing that ever happened to her, even if people thought that she was late to the party. She was forty-nine years old and she was determined to enjoy the joys of motherhood.

She wanted to share her happiness with the world, that was why she decided to upload the harmless video detailing her story on TikTok. But she had no idea how much hate she would get from it.

Kerry Woods was forty-nine years old when she decided to adopt her daughter. All she wanted was to be a mother. She had tried to get pregnant for years, but she only ever fell short.

But once she would get what she had always wished for, she would share her story with the world and it would threaten to ruin the only thing that mattered in her life.

Kerry was an average New Yorker, living in Manhattan. For her entire life, she had only ever wanted one thing, and that was to be a mother.

Sadly for Kerry, a few years ago, her dream was obliterated by a doctor’s report. The report showed that she was unable to conceive. The horrible news came at the worst time, which made matters even worse.

Kerry had just gotten married to the love of her life when she was told the heartbreaking news. The happy couple had been together for the last five years and they had always wanted to become parents.

But just after their honeymoon, they realized that they were having difficulties conceiving. Everyone around Kerry told her that it took time and that she had to be patient. But Kerry knew that something was wrong.

One day, Kerry asked her husband to come with her to the doctor’s office for a check-up. He agreed and not long after, the doctor shared what he had found.

He shared some sad news, but regardless of this, he told them that there was always an exception to the rule and that they should keep trying. But that day, he also shared something that would change their lives forever.

The doctor reminded the couple that there were many ways for them to get a child in today’s world. He then offered them several of these methods, urging Kerry and her husband to consider these options.

Kerry and her husband spent years trying to fall pregnant before they finally gave up and decided to try one of the methods the doctor had proposed.

Going Through With It

Kerry was forty-eight years old when the two of them began looking into adoption. She was thankful that he’d braved an entire decade beside her and she was determined to do anything to raise a child with him.

She wanted to be a mom and she had several things she wanted to do with her children. She had a dream of watching her children grow up and being there to guide them. Would she be able to do this at nearly fifty years old?

The entire adoption process took a year, and when Kerry was forty-nine years old, she and her husband finally became parents. The couple was living comfortable lives and they had everything they could ever want.

They had a lovely home and they were at the peak of their careers. Parenthood came easy to them because they had spent years preparing for it. But there was one thing that they never could have foreseen.

Becoming a mom was the best thing that ever happened to Kerry, even if people thought that she was late to the party. She was forty-nine years old and she was determined to enjoy the joys of motherhood.

She wanted to share her happiness with the world, that was why she decided to upload the harmless video detailing her story on TikTok. But she had no idea how much hate she would get from it.

Kerry was asleep when her phone began to buzz. At first, she thought it was an alarm waking her up on a Saturday, so she decided to ignore it. But her phone continued to buzz. Notifications were flooding in.

She was half asleep when she reached for her phone and clicked it open.  She frowned as she realized what was happening. She shot straight up, quickly unlocking her phone.

The World Comes For Her

The notifications on Kerry’s phone stemmed from her TikTok video. The entire world had read her story, and everyone was shooting their views her way.

The only bad side to everything was the sheer amount of negative comments that Kerry was skimming through. Her stomach knotted as she scrolled through them. Her eyes teared, and an ungodly heat took her stomach. How could people be so cruel?

“Maybe adoption would have been better. She’s gonna lose you early,” the first comment read, highlighting that Kerry’s daughter wouldn’t be with her mom in her later years.

“That’s disgusting and selfish,” another comment, a more blatant one, read. “You risk messing up your child’s life like that.” As Kerry continued reading, she couldn’t help but shed tears. She needed to stop reading but couldn’t.

The harsh comments continued pinging in. Some of the users called her out for not thinking about her kid’s future, and others stated that she wouldn’t be around to watch her baby have her own kids.

Kerry was about to put her phone aside when she spotted something odd in the sludge of hateful comments.

A Shining Gem In A Sea Of Darkness

At first, Kerry thought she’d imagined it, but as she scrolled back to it, she realized it was an existing comment. The sentence was a positive one, commending her on taking the step to be a mom and choosing to give such a beautiful girl a wonderful life.

But as she read the comment, another positive one came. It would start countless heartwarming comments that would turn her frown upside down. But it wouldn’t stop there.

“No amount of time is promised between any parent and child. However, being the best parent you can be while on this earth is all that matters,” a person wrote.

“Motherhood at any age is beautiful,” another user said. The painful tears streaming down Kerry’s cheeks turned into tears of joy. She was glad some people shared her view on this matter. She wouldn’t be leaving her little angel’s side anytime soon.

Must Read
Dog Won't Stop Staring Out Window, Gut Tells Mom Send Neighbor A Note
Mom Tries To Hide Sons When She Spots Ex-Hubby At Mall
These Lucky Few Find Thrift Store Items That Are Diamonds In The Rough