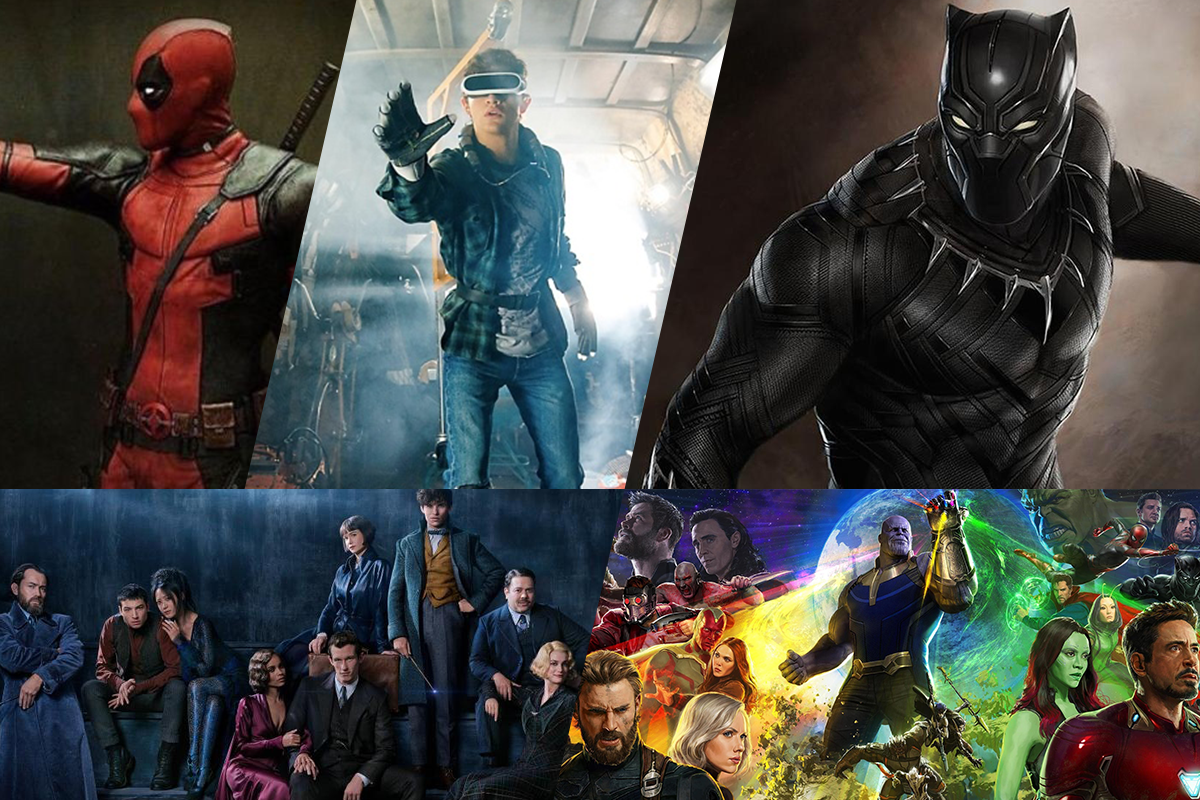 2018 is here, and with that comes a slew of new resolutions: weight loss, travel and upgrading your partner…maybe? If yours includes watching big budget, special effects films with lots of superheroes, then you’re in luck! Moviegoers have come to expect yearly offerings from the likes of Star Wars and Marvel, and 2018 is no different as franchises rule the land, generating massive hype to get the comic con masses squealing in delight.

Doing our best imitation of Vegas odds makers, we’ve picked the Top 5 2018 anticipated movies that are “must-see” worthy and will have audiences sprinting to their local cinemas.

5.) Fantastic Beasts: The Crimes of Grindelwald

Next November, it’s time to put on your wizard robe and grab your wand, as moviegoers return to J.K. Rowling’s Wizarding World with the sequel to 2016’s Fantastic Beasts and Where to Find Them. The new film once again follows Eddie Redmayne as Newt Scamander, who’s been tasked to stop the evil wizard, Gellert Grindelwald, played by Johnny Depp.

Jude Law playing the younger version of Albus Dumledore has been overshadowed by Potter fans protesting Depp’s casting of Grindelwald. Upset by domestic violence allegations, fans have unsuccessfully pushed for the role to be recast. With five films planned in this franchise, execs better hope Johnny delivers a brilliant performance on November 16!

With Disney buying 21st Century Fox, Mickey Mouse may soon become Deadpool’s new boss. That realization has fans worried that their favorite “Merc with a Mouth” will be censored when it comes to his trademark crude humor and blood-splatter violence. But fear not, as the masked antihero gets another Rated-R feature film with Deadpool 2, the follow-up to 2016’s mega hit.

Ryan Reynolds returns to don the red spandex, and this time he’s bringing along Josh Brolin (aka Thanos) who plays the ornery cyborg, Cable. Having already spoofed the late great PBS artist Bob Ross in the new teaser, it’s anything goes with this much anticipated sequel, which hits theaters on June 30.

Before Marvel fans unwrap the gift that is Infinity War, they’ll get spoiled with the long-awaited and much talked about, Black Panther. With Ryan Coogler directing, Chadwick Boseman in the titular role, and Michael B. Jordan playing the villain, this film has “can’t miss” written all over.

In addition to being one of the most diverse superhero films to date, the Black Panther character has exploded onto the main stream since debuting in Captain America: Civil War. From masks, to action figures and mugs, the hero’s distinct, cool look has been a merchandise machine for the MCU, and you can watch him on the big screen February 16.

If you were longing for a reinvention of Willy Wonka & The Chocolate Factory, then Steven Spielberg has the scratch for your itch. Heavily inspired by that classic story, and infused with ’80s nostalgia and a barrage of video game and pop culture characters, Ready Player One powers up this Spring.

The adaptation of Ernest Cline’s best-selling novel, follows Tye Sheridan as Wade Watts, the young hero who has to find a secret Easter Egg inside a massive VR game, hidden by the creator. With Spielberg returning to that familiar playground of spectacle blockbusters, here’s hoping he delivers a hit on March 30!

The “No Duh” selection on this list and the main reason to stay alive in 2018, is Avengers: Infinity War. Ten years in the making, and with 18 films leading up to this point, the crazy, almost impossible dream of assembling all of these superheroes into one film is actually happening.

How many heroes will Thanos kill? Why does Captain America have a beard? Is Robert Downey Jr. Tony Stark? Or is Tony Stark Robert Downey Jr.? Honestly, we’ll watch this movie regardless if these or others questions are answered. May 4 is the date when audiences will happily dish out money to experience this event, and we’ll be in the front of the line.