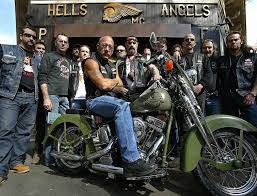 Rules Of The Road

This club may seem to be unruly, but trust that they have their fair share of rules. Like uniforms to how they show themselves on social media.

These rules go hand in hand with core values of the brotherhood. But there are a few weird ones that probably only make sense to their members. 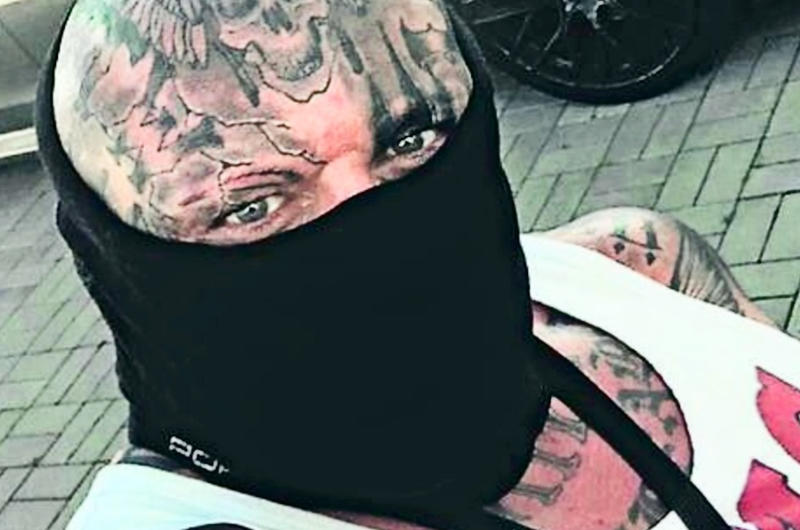 On their website it says, “If you have to ask, you probably will not understand the answer.” But that doesn’t mean it’s impossible.

You may be invited to a hang out if you are a Harley enthusiast. This is the beginning of the long screening process. They need to see if you fit the gang or not. 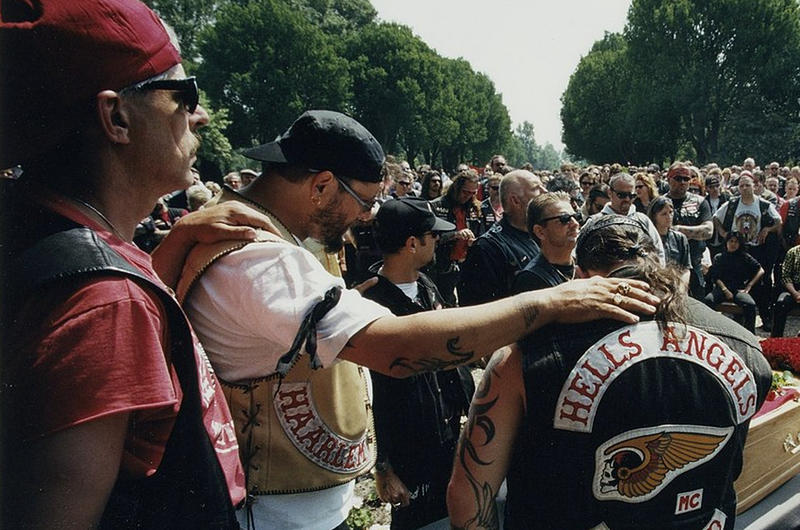 The club arranges a lot of events. They run charities and business events and members must attend all of them.

If you don’t attend a function, it is seen as being disrespectful to the club. The exceptions are being in the hospital or being too far away from the function to get there.

It’s not just the patches that are important, the entire brand is sacrosanct. Members are expected to wear only club merchandise – which is also solely manufactured and distributed by the club.    Members of the club can only wear clothing made by the club. They cannot show any other merchandise.

And what infuriates them like nothing else is when normal people try to pass as members.

Another important rule is that you cannot share any information about another member with anyone else. “We do not answer questions about members,” the website reads.

The code of silence is very important and that goes doubly for members that are missing from photos.

Charters need to respect their borders and these boundaries must be respected above all else.

They can ride through another territory, but they can’t stay where it isn’t their turf. There have even been fights over territory.

A big deal to the club is giving back to the greater community they are a part of. It’s more than just riding and events.

They do all sorts of charitable things, like working in soup kitchens, doing fundraisers and escort missions – like taking a bullied kid to school or escorting a victim of abuse to court.

Despite seeming a little intimidating, journalists have often said that they have been nothing but curious. They say on their website, “Treat others how you want to be treated.”

Even neighbors of the club report that as long as they treat them well they give them full respect back. 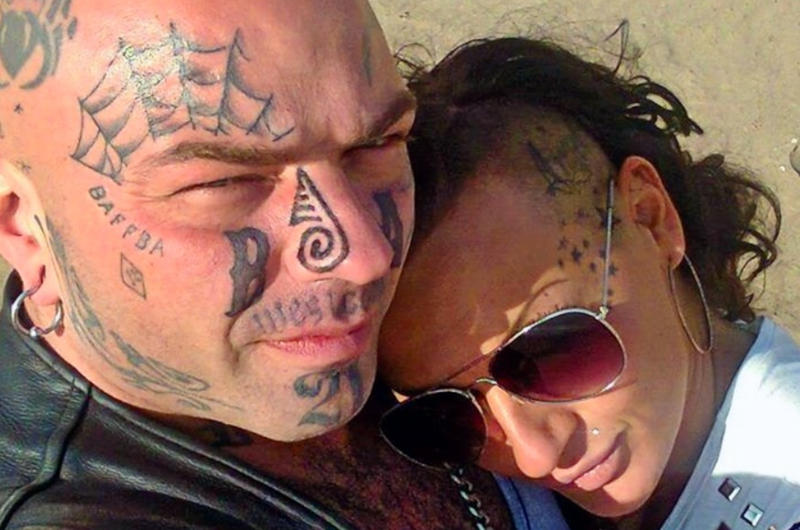 Their public image is very important to them and they often get together to bring down companies that slander their image.

They even took to court over the depiction of them in Wild Hogs. And they don’t like Sons Of Anarchy either. 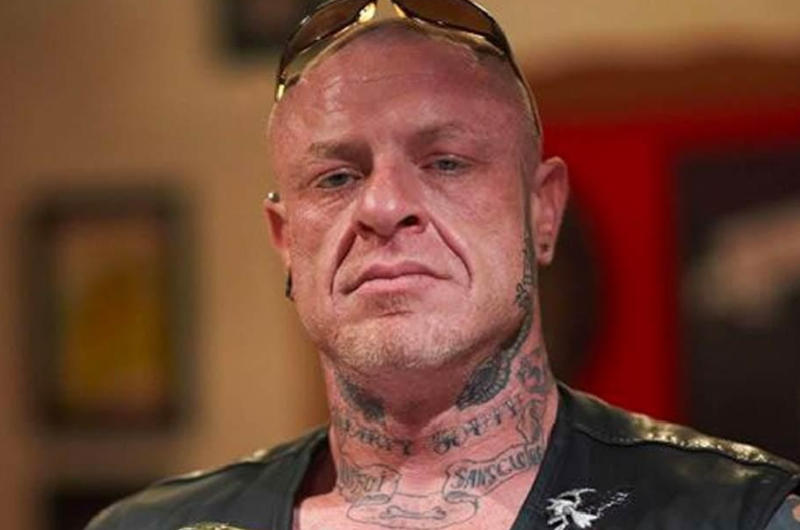 They all band together and the entire group stops if one person is pulled over by police.

They do this to intimidate the cops and also to show that they are there for their brothers. 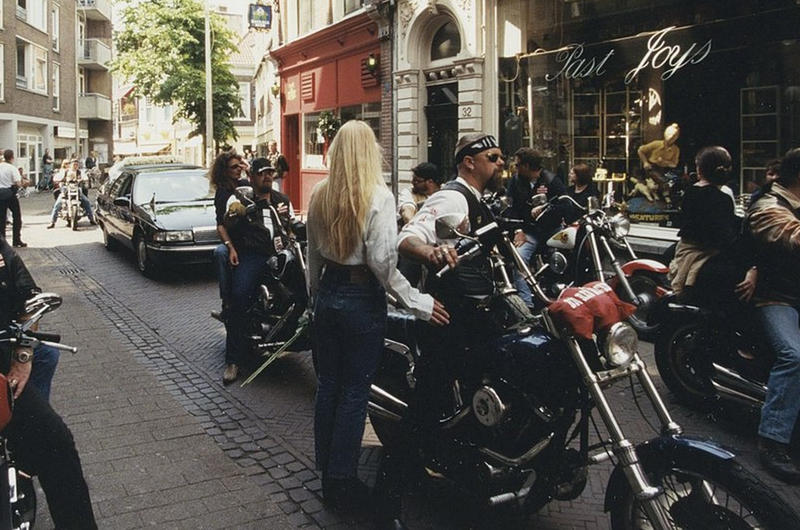 The motorcycle club members ride around 20,000 kilometers every single year. This, however, shouldn’t come as a surprise.

It’s a motorcycle club after all. So, if you don’t love riding the open road more than life, don’t even think about trying to join. 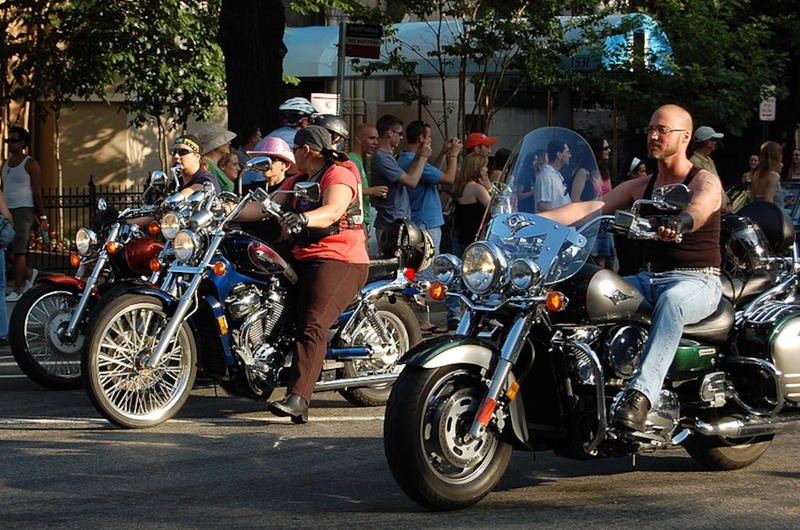 One of the requirements is that you need to own a bike. But not just any bike. It’s tradition for all of the members to ride a Harley Davidson.

Some other makes are acceptable, however. This includes Buell, which happens to be owned by Harley Davidson. So there’s a tiny bit of wiggle room in that department. 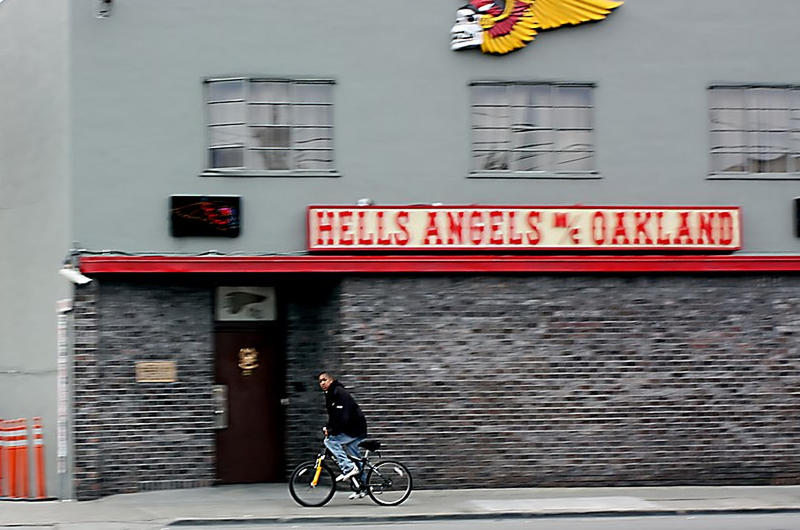 It’s no surprise that any cops or ex-cops are not allowed in.

However, this extends to all kinds of law enforcement, including prison guards. Even if you’re a retired guard, and have a deep love the brand, sorry, but’s it an automatic no. 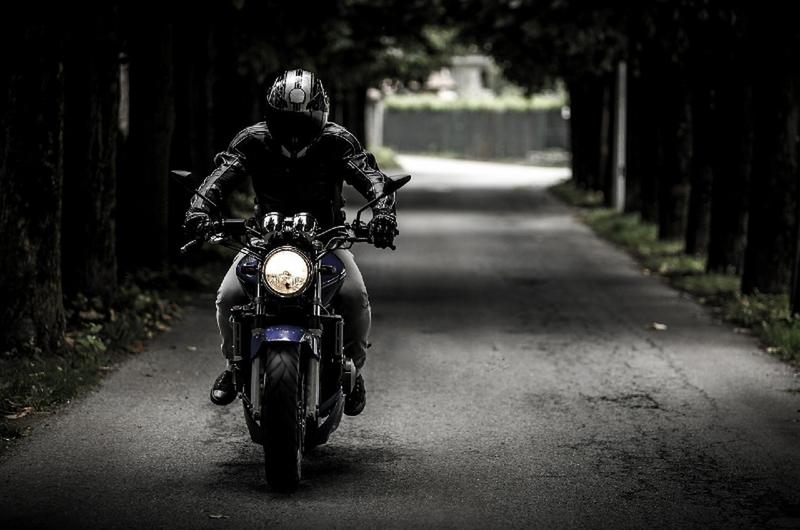 Never mention that, at least in a grammatical sense, Hells Angels is missing some punctuation.

They know. They don’t care. They’re also sick of hearing it all the time. Don’t even bring it up as a joke. 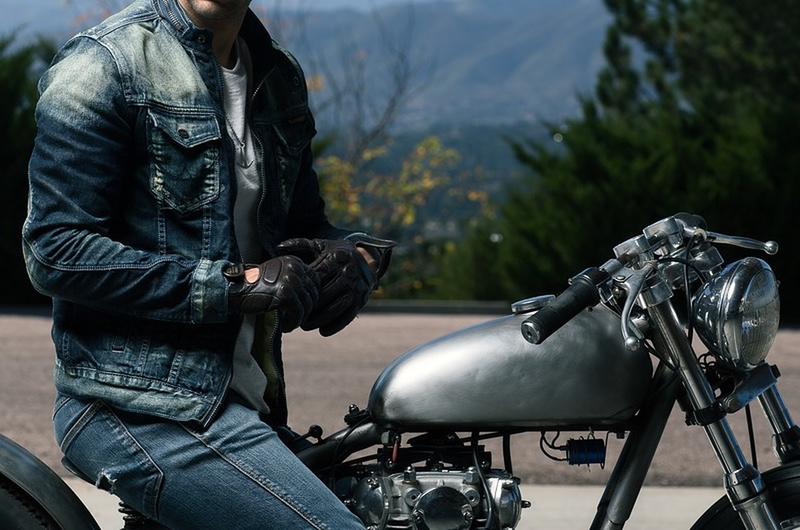 The group has a dress code that they enforce. The major one is the vest emblazoned with the organization’s name and insignia on its back.

After that, black jeans, black shirts – nothing else. That way, when you’re on the road, everyone knows with whom you’re riding. Some allow shorts or camouflage but it depends on the charter. 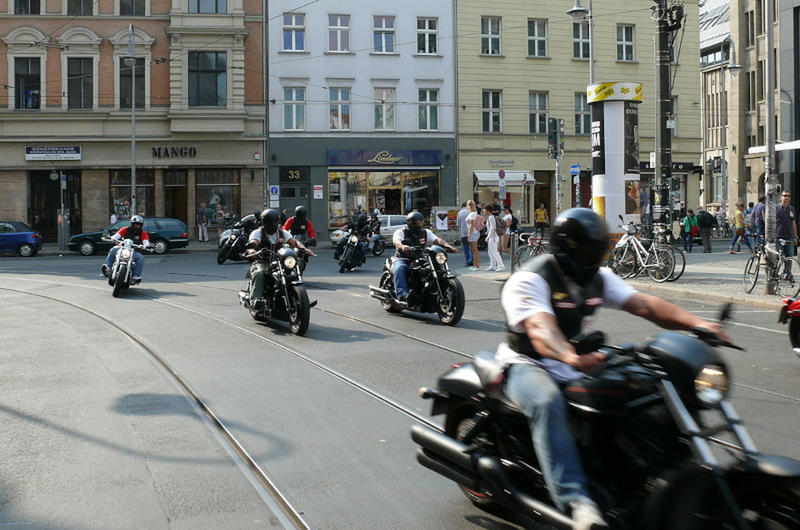 If you ever see a full ride on the road, it can look quite chaotic. But there is actually an order to the huge procession. At the front you’ll see the captain riding along with the president of the Hells Angels charter.

The rest of the crew falls in line based on their personal rankings and seniority levels. New members hang near the back, and prospects bring up the very end. 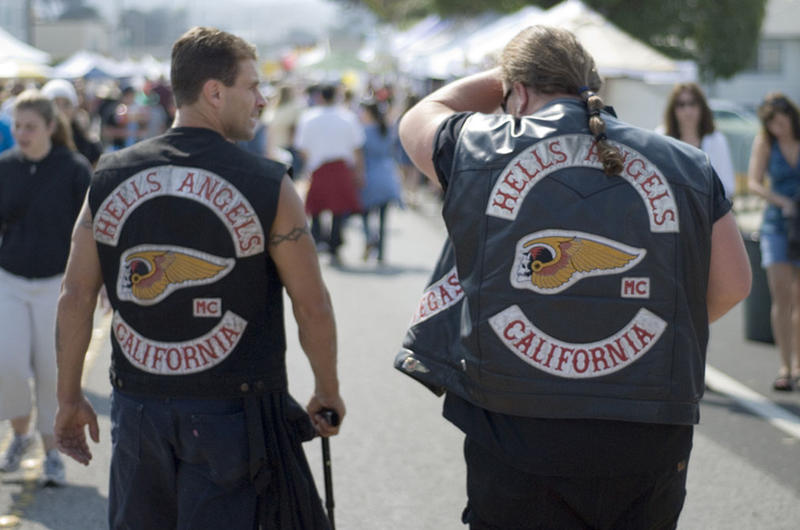 Loyalty for life is the core value of the club. So, if you’re in, you’re in for life.

You also can’t join any other groups, which makes sense because there would be an automatic conflict of interest. But the HA even go as far as forbidding member to join any generic motorcycle association. 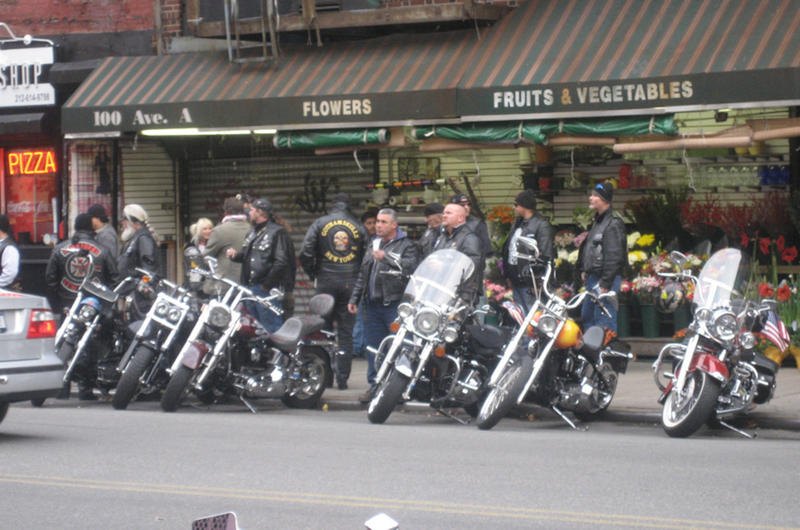 They don’t share their plans or scheduled activities with anyone. There’s a general “no talking to media” rule across every club.

One journalist said they went to a gathering and tried to chat up some members, but as soon as they got close, all chatting stopped and the members turned their back to the journalists. The only exception would be something that’s happening during a charity. Even then, the info is limited and reports must be respectful. 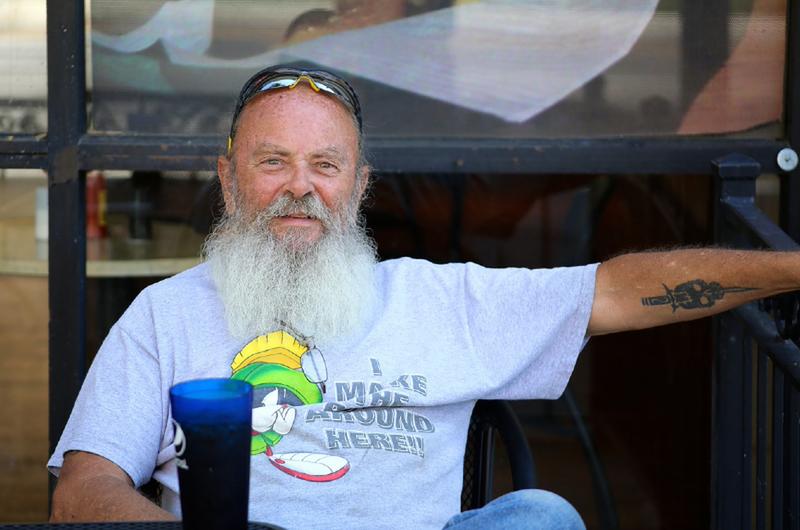 If a member is arrested while wearing it, they are to hand it to another member so it doesn’t become “tainted” in jail. Also if they are hurt and need to go to the hospital care, they’ll do everything they can to avoid having it cut or torn off. 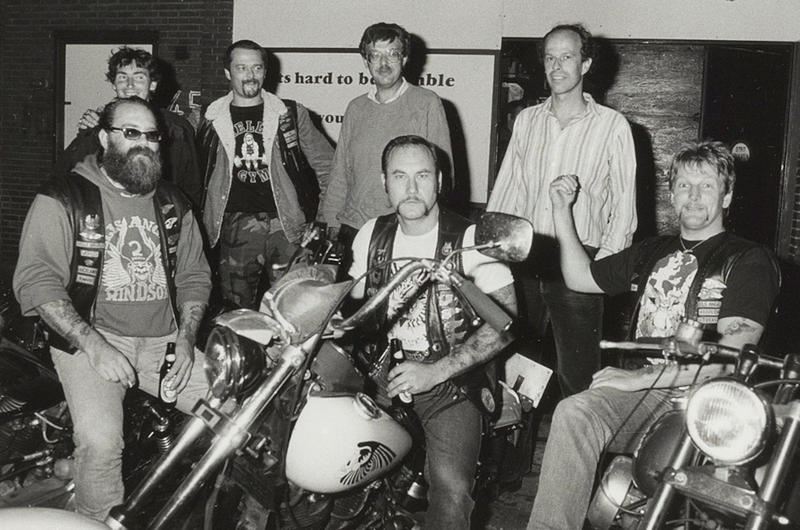 Charter meetings actually follow a specific set of guidelines. These were written in 1876 and called Robert’s Rules of Order.

They were meant to keep business meetings civilized. The club adopted these same practices, which includes agenda order and voting. Breaking any of these rules will costs a member a penalty fee in the hundreds of dollars.