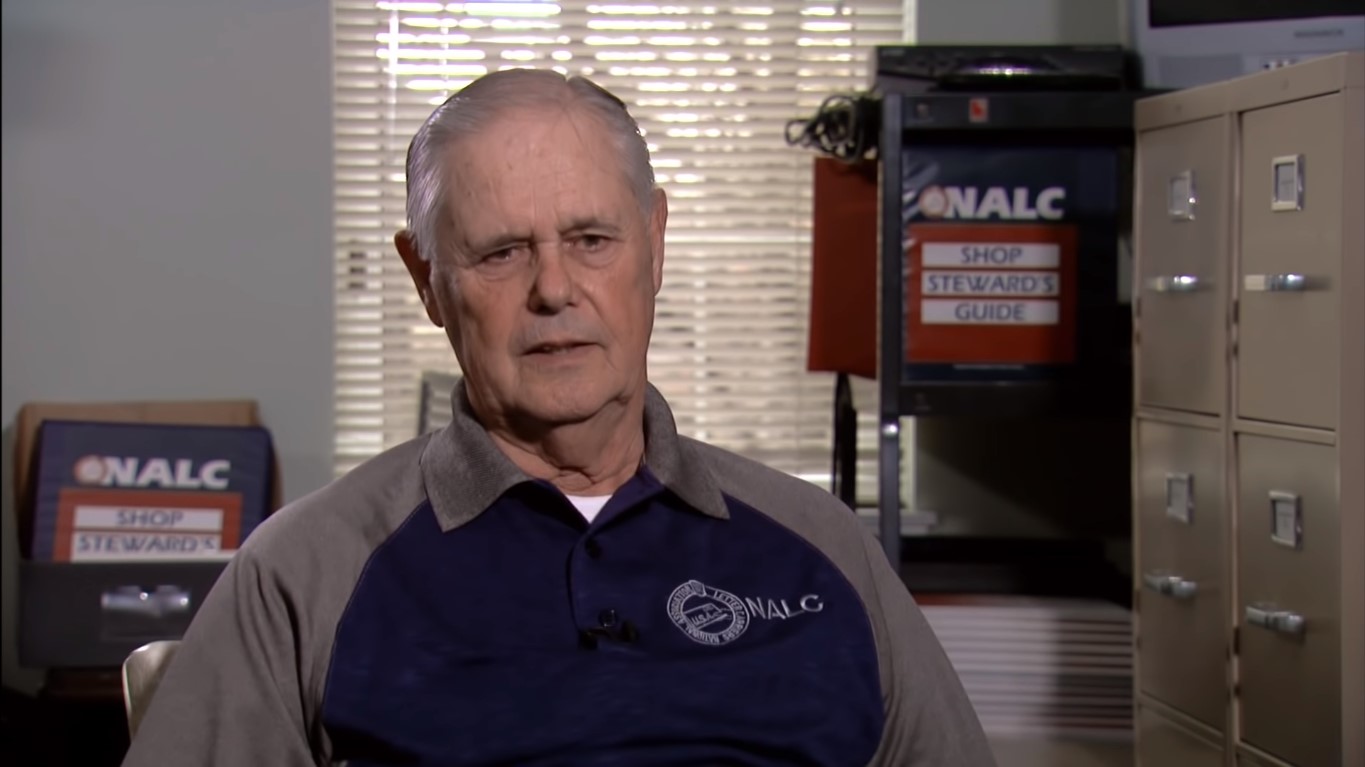 At a post office in Michigan in 2015, she came across something that would change the way she thought about letters from the past forever. A letter that was simply marked ‘Postmaster, Newaygo Michigan’ and below that in a different hand and a different color ink the postcode ‘49337’.

She flipped the letter over but whoever the sender was had omitted to leaving a return address. Chills ran up her spine as she thought about what to do. 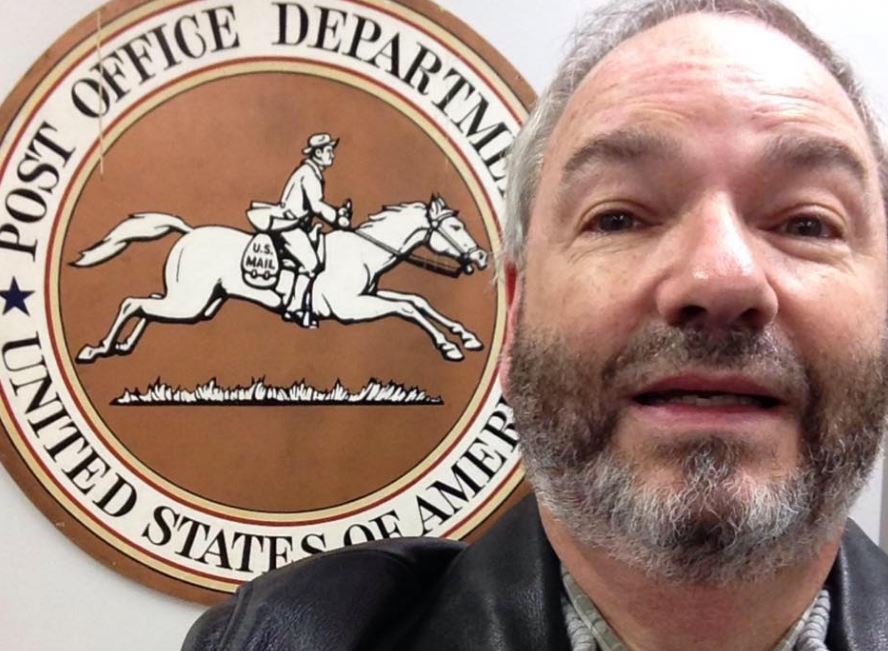 The days of email and instant messaging have long overtaken the romantic but slow and sometimes ineffectual art of letter writing, but back not even 30 years ago it was the primary way to communicate over long distances.

For special occasions, you would send an invitation, perhaps to your upcoming birthday or maybe even your wedding, and even for small everyday things, like writing to your grandmother or a penpal, writing a letter was commonplace. 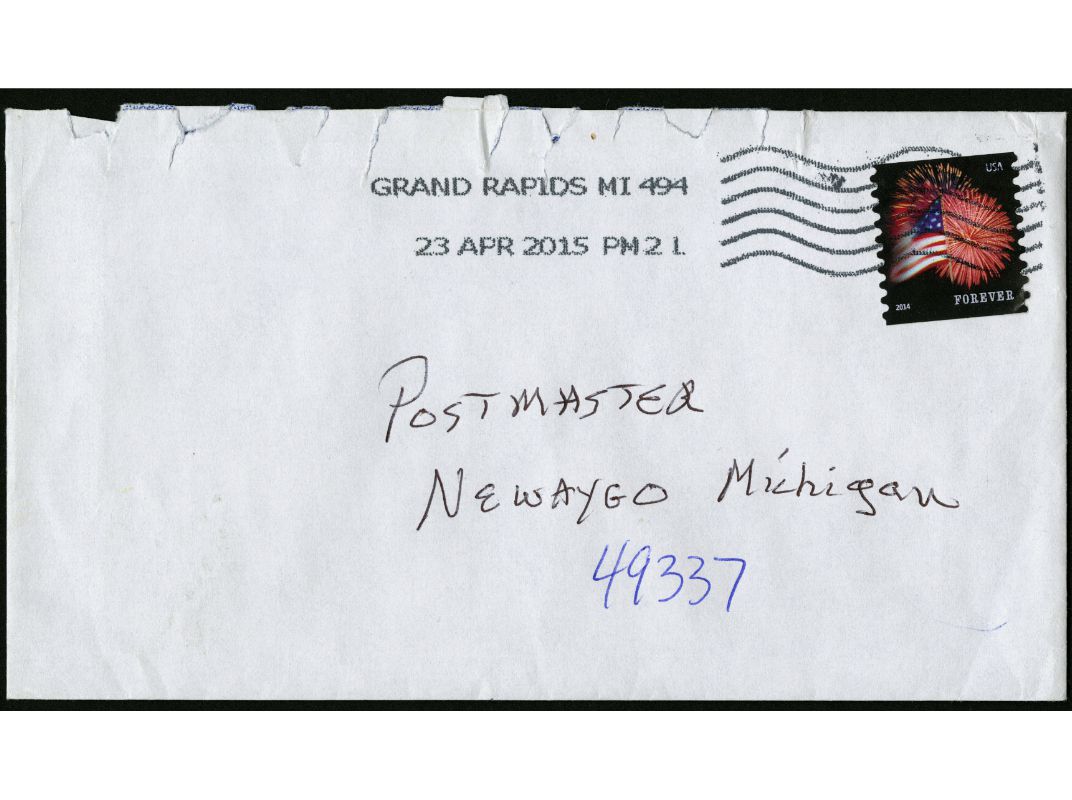 Lori Boes ran the post office in a tiny Muskegon River lumber town and knew almost everyone around. While going about her daily motions she came across a letter that wasn’t made out to anyone, in particular, it was simply addressed to the ‘postmaster’, and there was something else that was rather odd, too.

There was a ‘Received Unsealed’ sticker stuck on the back. Why would anyone send this unmarked letter?

Lori remembers that day when the postmark showed that an unmarked letter had been mailed the day before on April 23, 2015, from Grand Rapids, a mere 36 miles away. She remembered exactly the handwriting on the front on the crisp clean white envelope, it lent itself to someone who was getting on in years, and the writing was careful and particular. There was nothing to say that anything inside it was particularly special.

In a few moments, she would see how wrong she was. 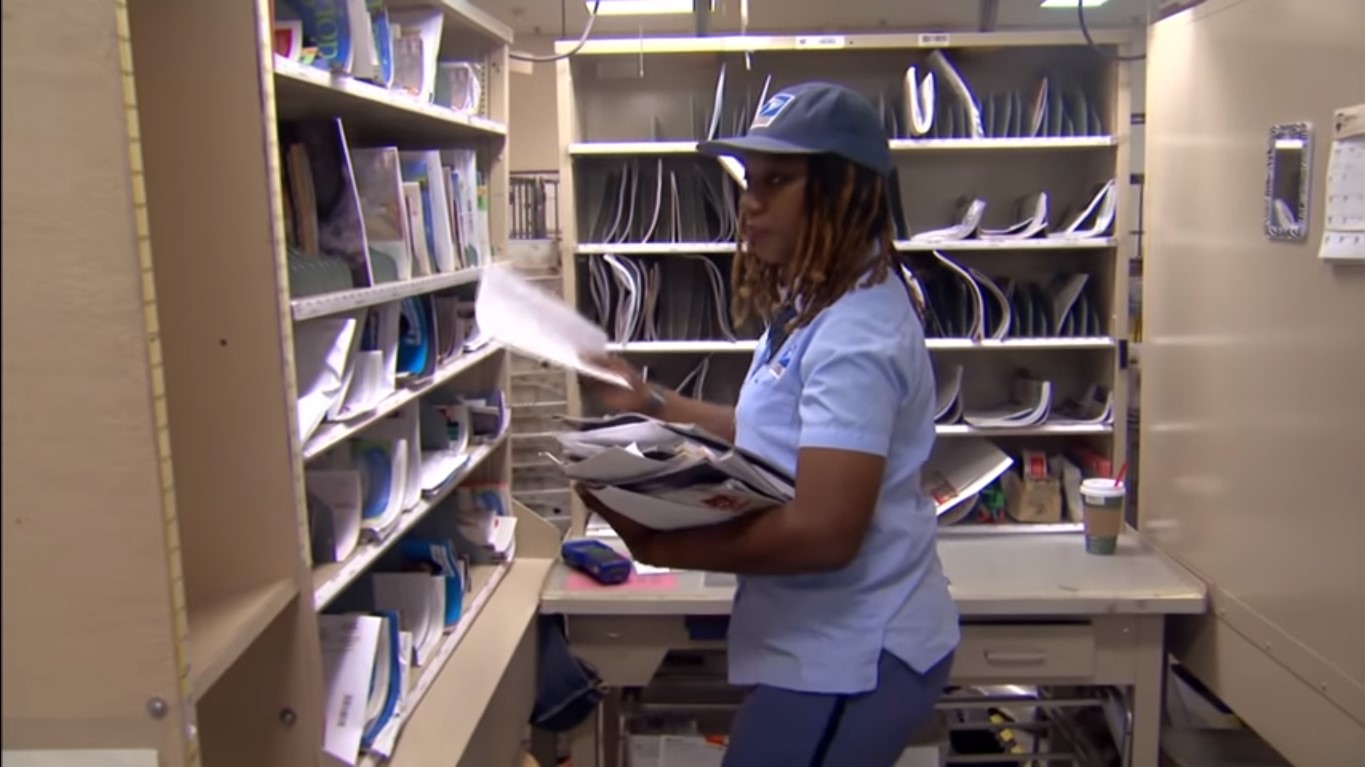 She peeked inside the envelope and to her surprise, she saw a much older envelope inside the first one. Intrigued, she pulled in out and had a good look. It was brown and brittle, its edges in tatters.

A battle scene, in blue and red ink and bearing the legend “The War for the Union,” was imprinted on the top-left corner covering much of the surface area. She began to turn it over. 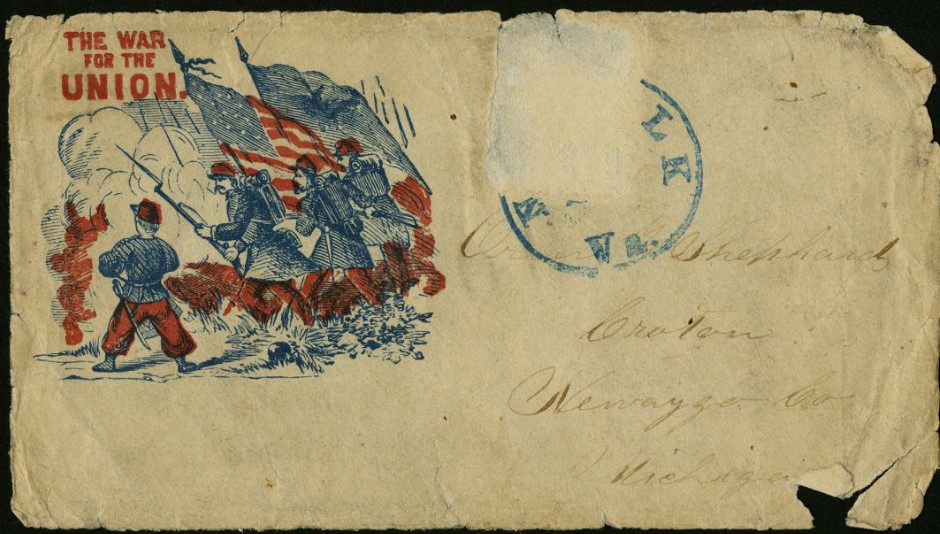 The postage stamp had long since been removed but the name of the city that it was mailed from was still fairly legible. She could, however, read the address on the front perfectly. The address on the older envelope read: Orrin W. Shephard of Croton, Newaygo Co., Michigan.

Unable to contain her curiosity she sat at her desk and did something she would forever regret.. 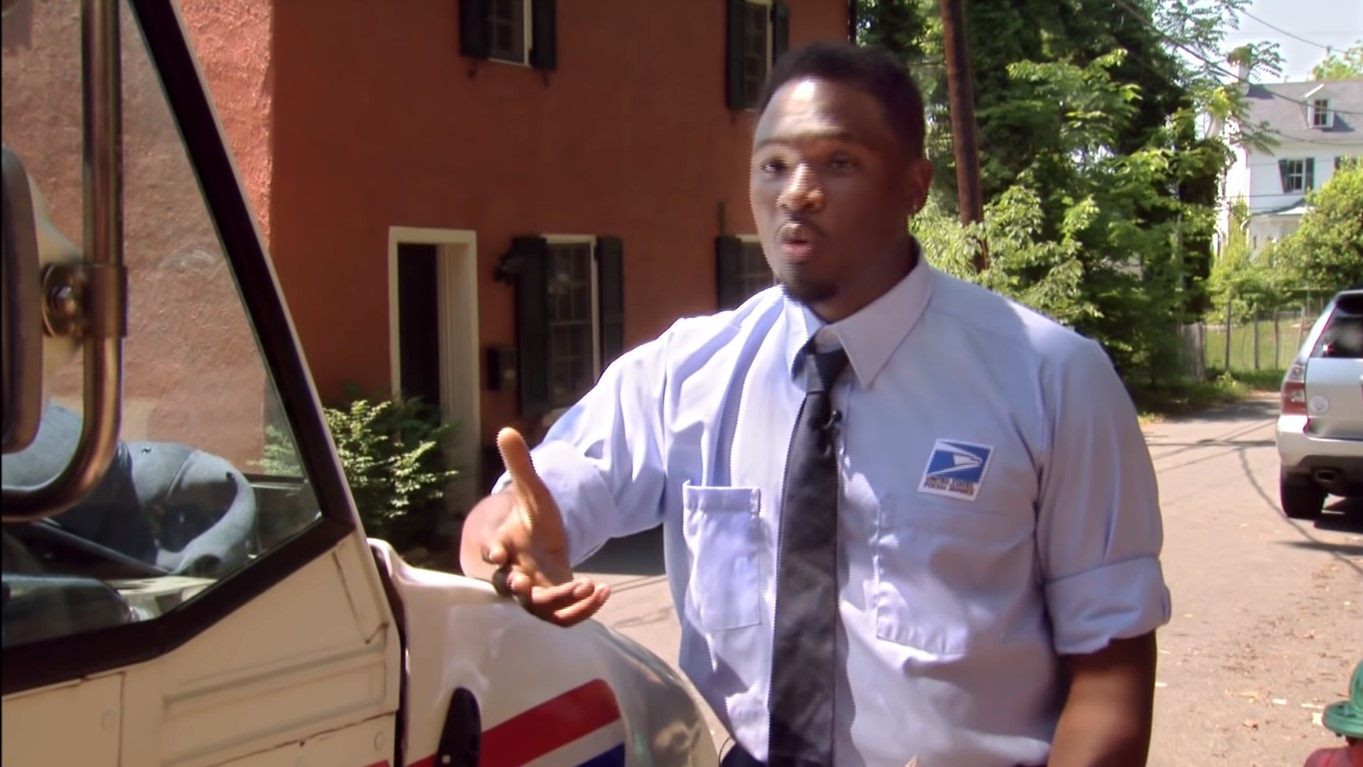 Ripping at the old paper to reveal the innards she discovered a wad of letters inside. The letters within were mysterious and their discovery even more so. They were all neatly folded, if not a bit yellowed, and Lori began to realize that this was not merely another letter.

As she flicked through the yellowed pages, she felt a sense of growing expectancy. 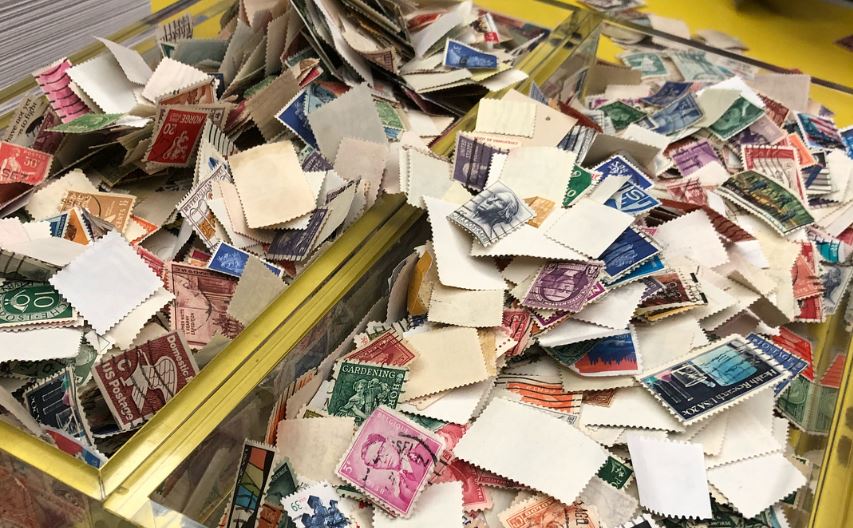 Reaching into the weathered old envelope, she pulled one out of the fat stack of letters. The pages were yellow and browning around the edges, but tightly and neatly placed. She took the one on the top of the stack and set the rest down on her desk. 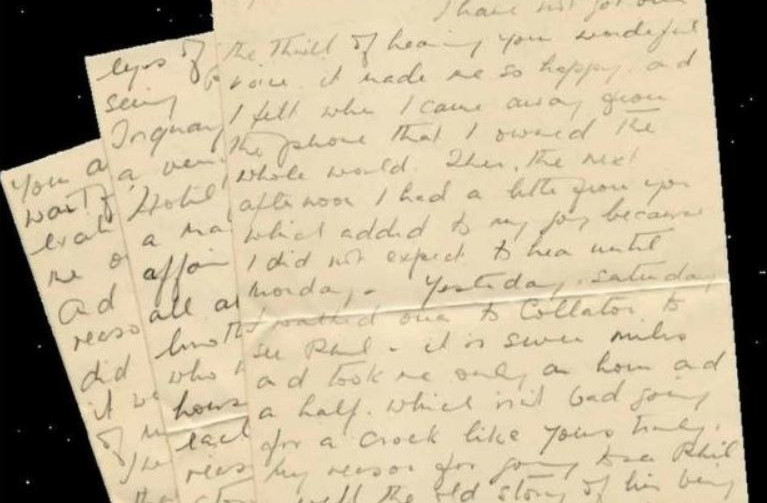 How did she not see it before? All the clues were right there in front of her and she didn’t see them until the words she read painted a very vivid picture. A picture of a young man and his journey through the civil war.

She came suddenly out of the world created on one-hundred-year-old paper with a jolt. “Some were in perfect shape,” she noticed, “You could read every word.” Her hands were shaking. 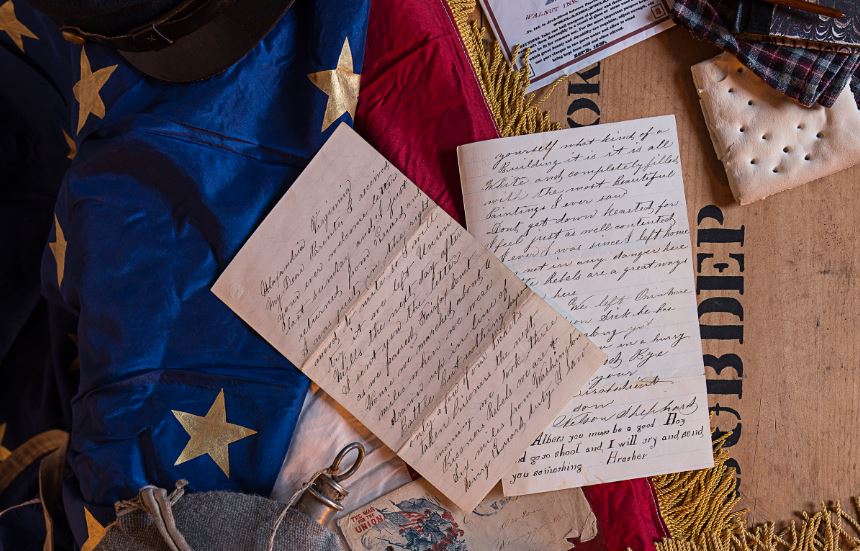 “Suddenly I felt the enormity of what was in my hands. My heart leaped in my throat. I was holding a piece of Americana. I was mortified that I’d ripped open the outer envelope.”

More carefully now she removed each piece of fragile paper inside of the damaged envelope, wishing she hadn’t and knowing she couldn’t fix it. She lay each piece on her desk. Where on earth did this come from? 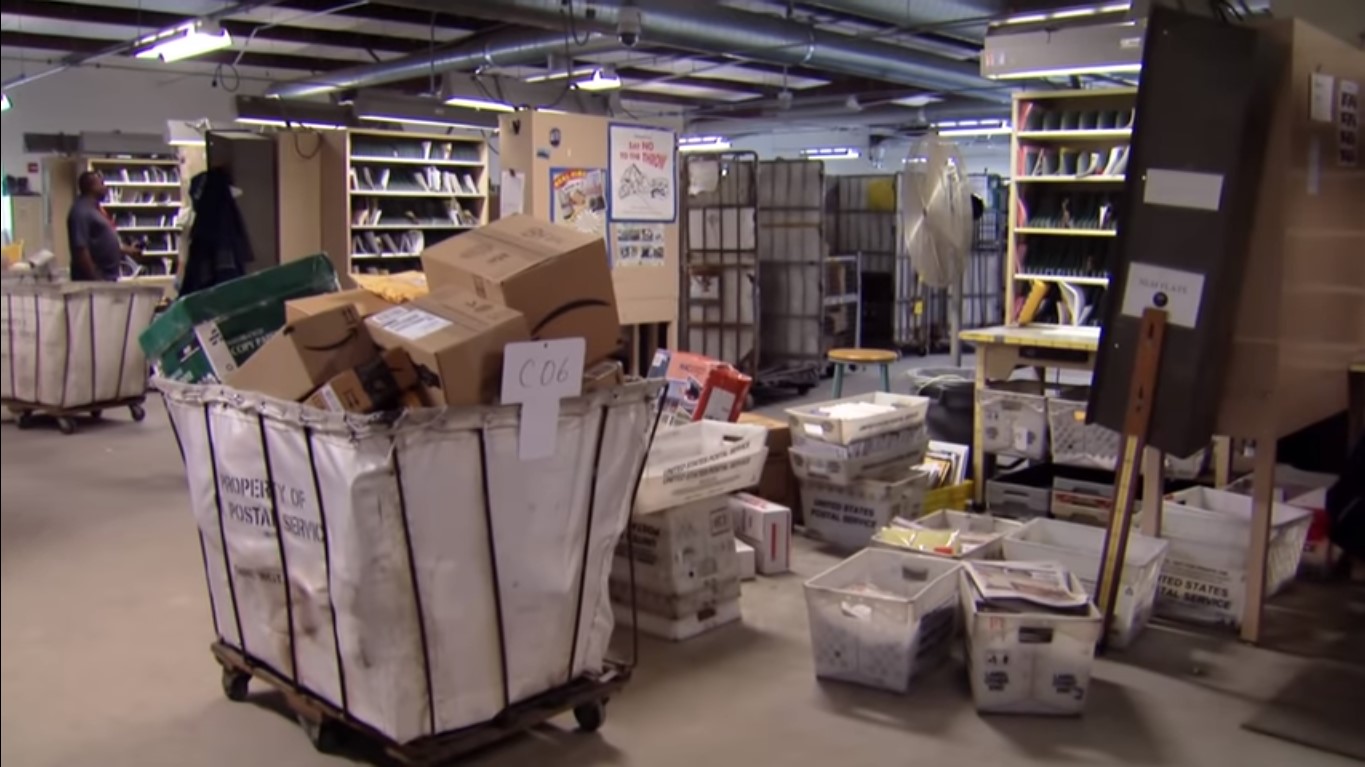 Lori had an idea, hoping that in revealing the exceptional package she had opened that day would solve the mystery of who this unknown person was. Who had mailed the stash of letters to Newaygo? One theory was that it hadn’t been anyone at all, that the envelope must have been dislodged from ancient postal machinery.

Lori thought that was a bit far-fetched, “A hundred fifty years to deliver a letter is a little long,” she said, “even for the U.S. Postal Service.” 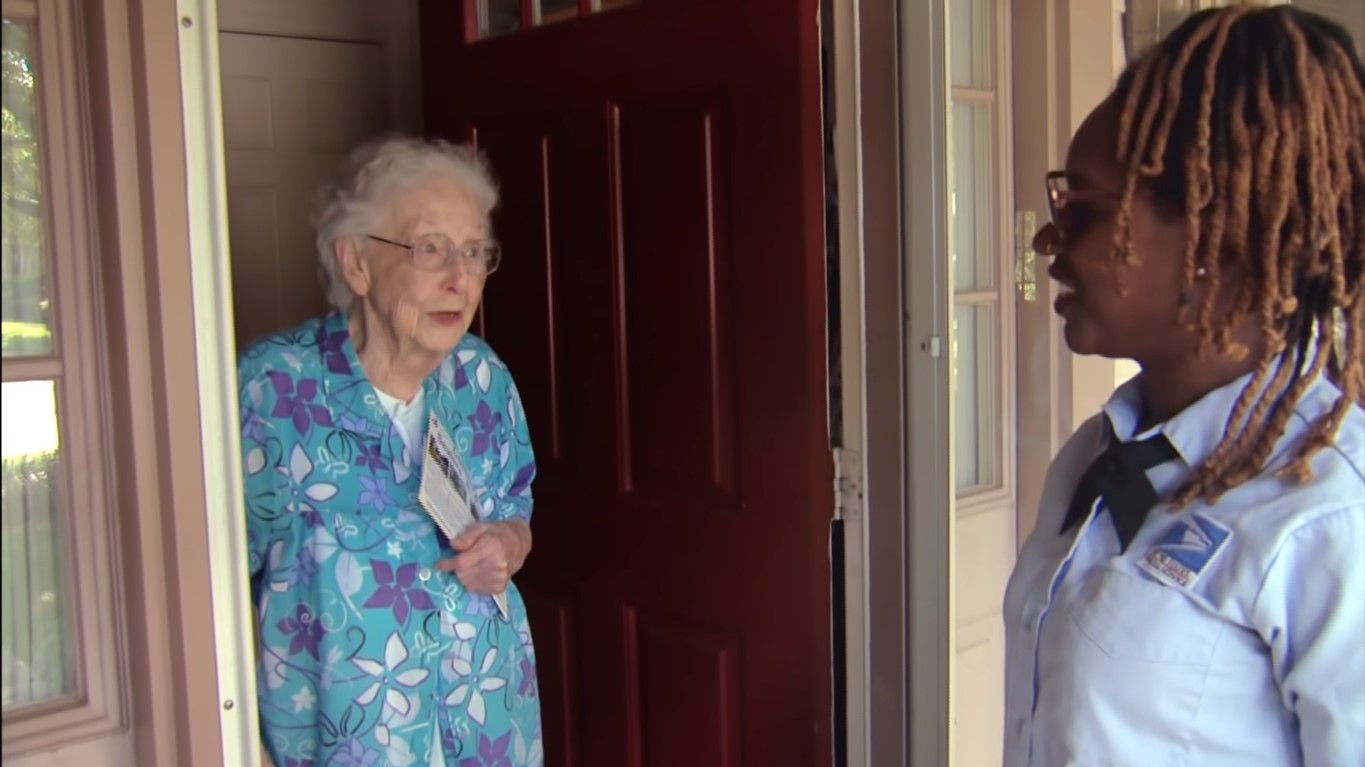 It wasn’t long at all before the extremely popular story of the mystery letter got a response. A lady emailed through from Spring, Texas. She was 100% sure her 78-year-old grandmother, Nancy Cramblit of Muskegon, Michigan, had mailed the letters!

In fact, her children were pretty upset about the letters Nancy revealed in an interview. 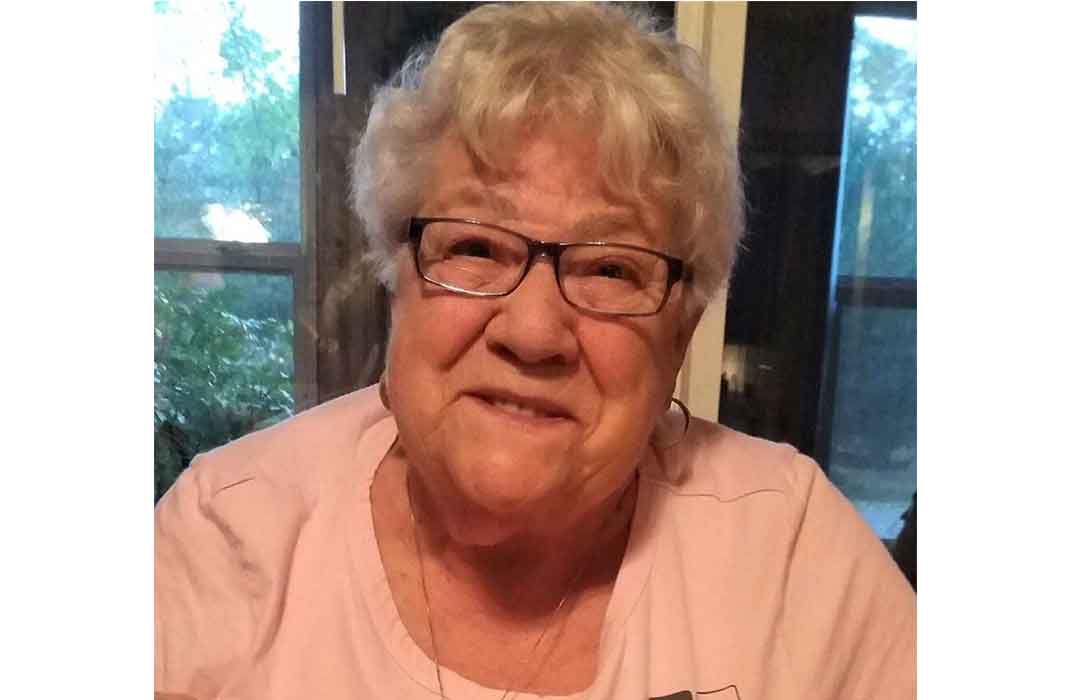 “I called one of my daughters when I read the article and then I called my granddaughter in Texas, who is Courtney Cresta. And then Courtney got online right away and found it, and posted it and my other kids saw it, and that’s when my kids called. ‘How could you do that? Mom, you’d never told us about those letters?’” Nancy’s response? “Well, I guess I didn’t think I needed to.”

So Nancy sent them, but whose were they if not hers? 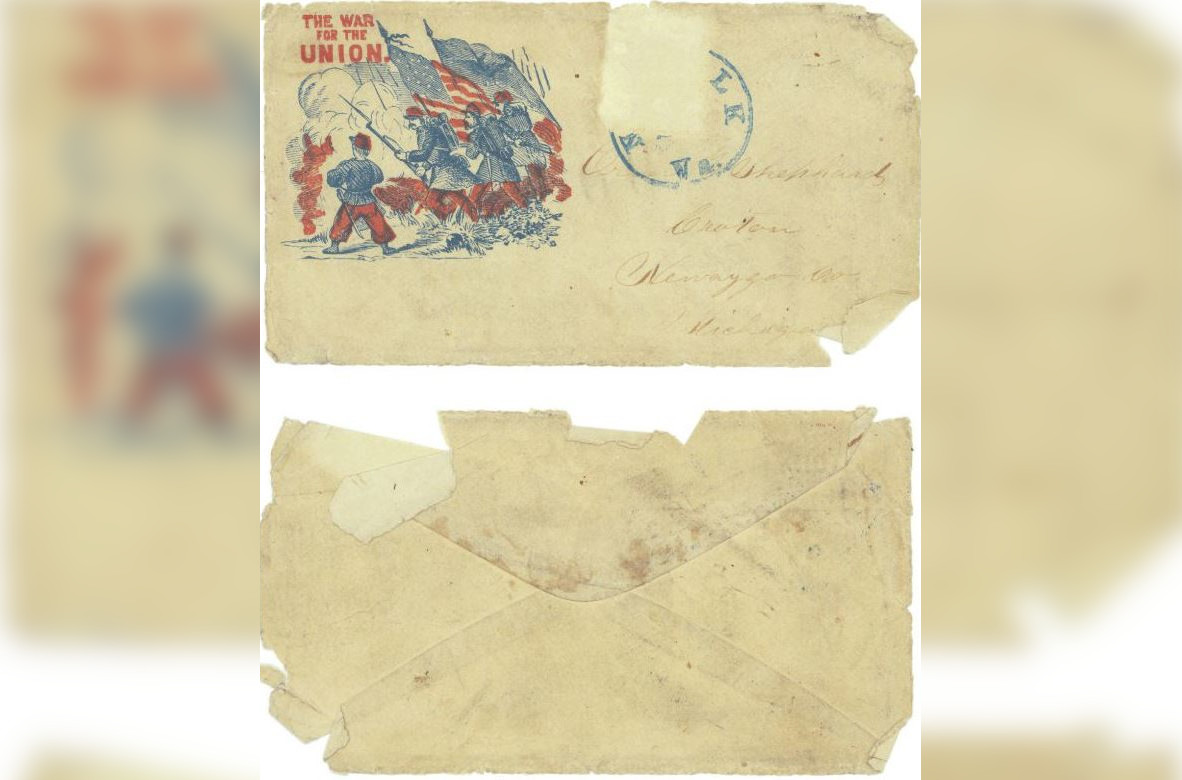 In total there were two complete letters, a partial letter, and several fragments. They were all address to the soldier’s parents, there were also notes addressed to an ‘Albert’ who appeared to be a younger brother.

Lori had read every word, devouring the text, swept away in the drama and completely captured by the rawness of one of the most tumultuous moments in history. It was as though she too was there.

Why Did Nancy Do It? 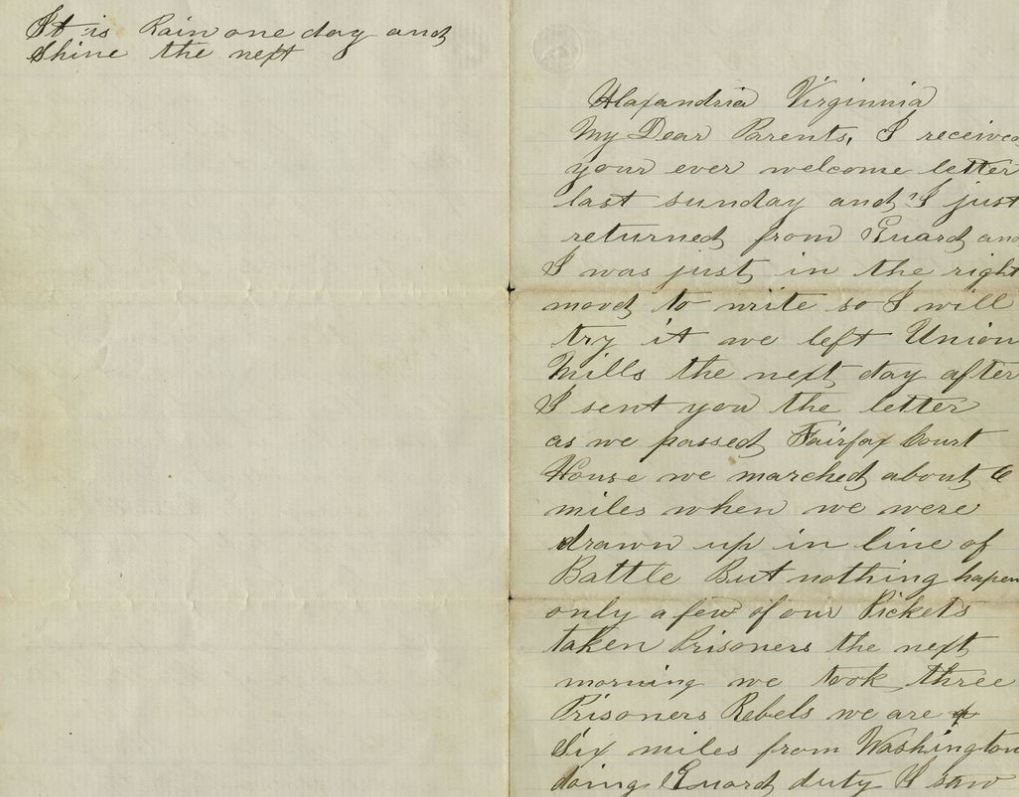 Nancy had a lot of questions to answer. Everyone wants to know where she got them in the first place and why did she send them out into the world without a return address. Her thinking went something like this. “My husband was always dealing in junk. So I found the letters and eventually, I put it in with his stuff and forgot about it.”

“There were other letters that had his family name on it so I sent those to his family, and one day I was going through the stuff and I found the letters I sent you.” “They laid on my desk for probably another six months before I decided what to do with them. Hoping they could find a family member, I put them in the mailbox.”

When pressed for the reason why she didn’t give the letters to a museum, she answered: “I wanted to find a family member. That was my idea. I figured if there were any family members in Newaygo, the Post Office would find them.” I doubt many younger people would have thought of this option. 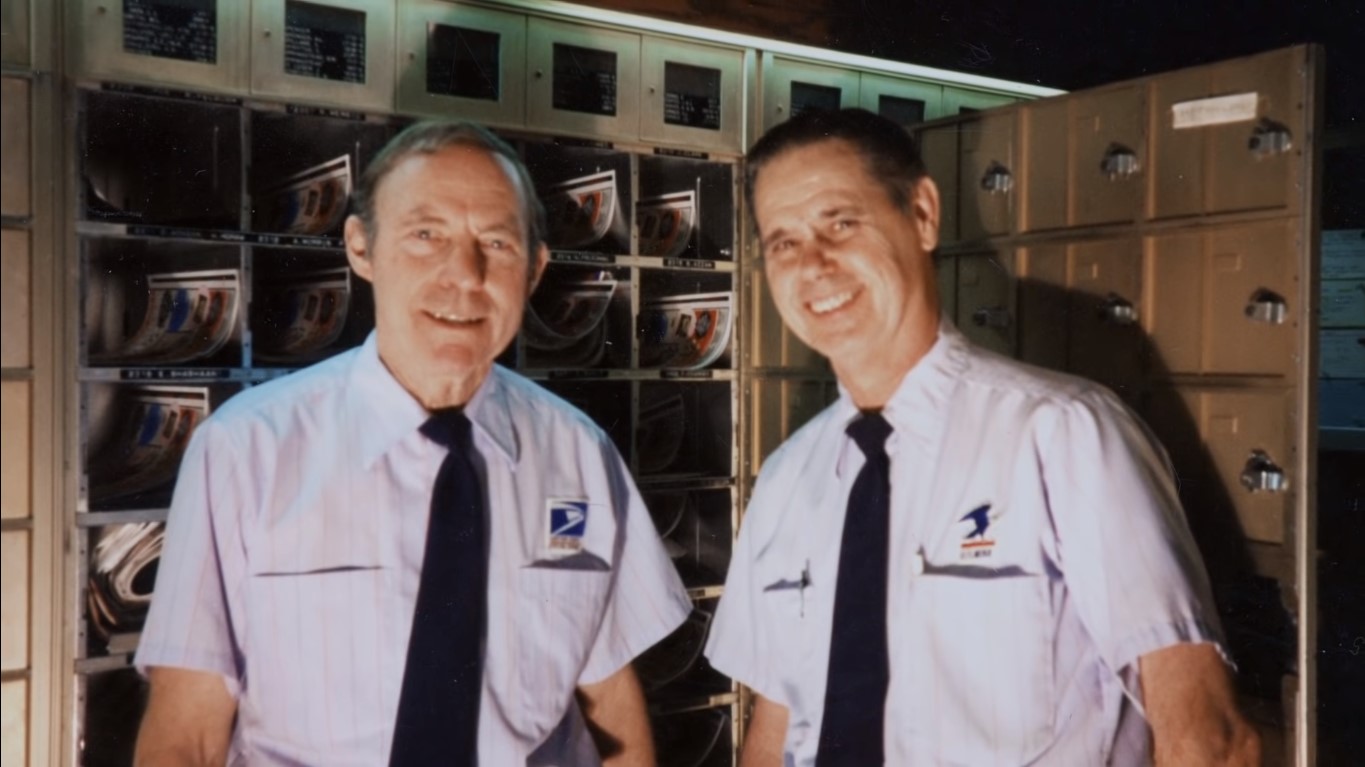 “Because that’s not a very big town. Newaygo is a county but there’s also a town and it’s not a big town. So I think it’s a town where a lot of people know everybody,” was Nancy’s thinking and it worked! The pieces of history are amazing.

They capture the aspirations of a wide-eyed, ambitious young man who had no idea what fate held in store. But were they authentic? 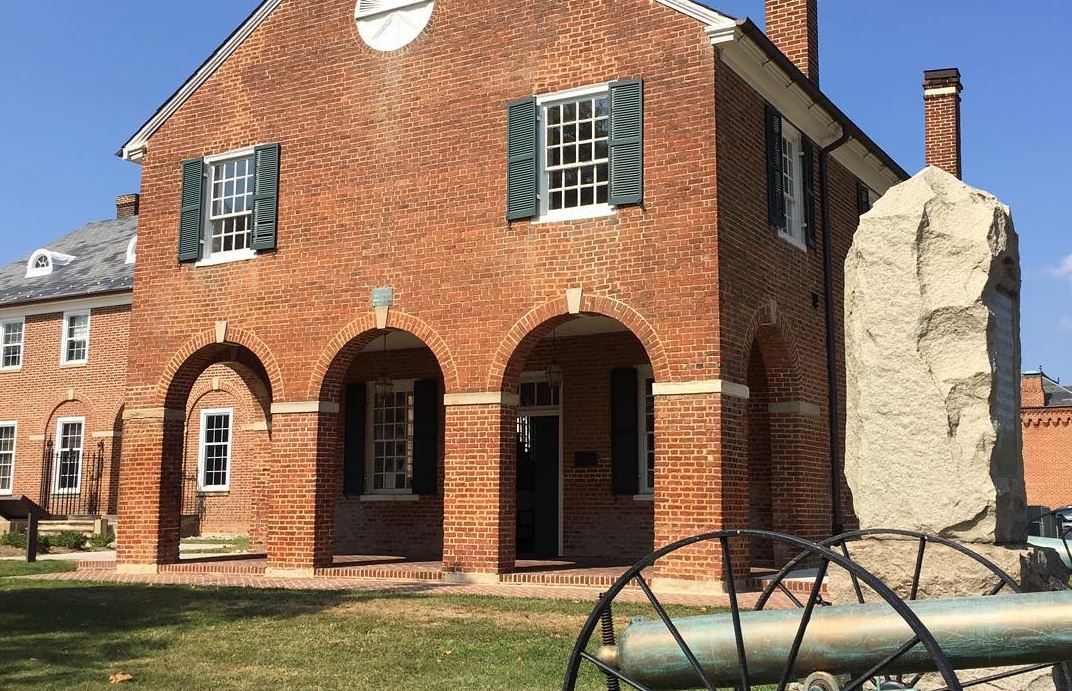 Lori phoned Greater Michigan district manager Chuck Howe in Grand Rapids and said: “You’re not going to believe what I just received.” He didn’t. In fact, he asked to see the letters for himself and in person. “I’ll deliver them myself,” she replied. “They’re too precious to trust to the mails.”

Howe got in touch with a historian named Jenny Lynch, who also wanted to see the letters. She asked that he email images of the pages to her office in Washington, D.C. The letters looked authentic but one could never be sure. Jenny proved their place of origin by consulting yet another expert. Dan Piazza, assistant curator of stamp collecting at the Smithsonian National Postal Museum. He examined the paper, its size, and the ink and finally pronounced his findings. “They are genuine,” he confirmed.

All of this was told to Nancy, she had no idea that the letters were so historically important.

A Place Of Honor 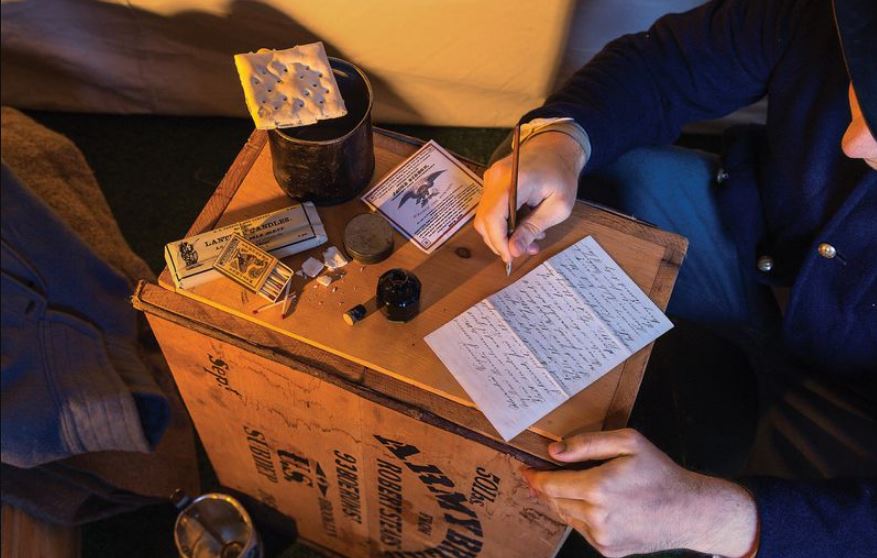 The letters have a place of honor in the museum now and a re-enactment of the time was produced for them too.

They never did find their way to the family of the soldier who gave his life serving his country, and so far no one has come forward, but they will forever available for scholars in the future as a window back in time.