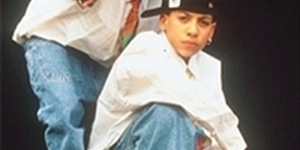 Chris Kelly, also known as “Mac Daddy” and one half on the early 90s rap group Kris Kross, has passed away at the age of 34 due to an apparent drug overdose. Kelly rose to stardom at just 13 years old after he and his partner, fellow 13-year-old Chris Smith, were discovered by rapper Jermaine Dupri while they were rapping in an Atlanta area mall in 1991.

The 1990s were a strange time in hip-hop, when gangster rap was reaching new heights but poppy, catchy rappers were leaving them in the dust on the charts. Kris Kross was one such case. While none of these one-hit wonders would last, they definitely had their moments in the sun.

Yes, it completely objectified women and the video started out with an unbelievably racist rant about how the girl with the big butt looks like “one of those ‘rap-guys’ girlfriends,” but still, you kind of have to love “Baby Got Back.” It’s the timeless tale of one man, who simply cannot be dishonest about his affinity for large backsides. Who can’t identify with that? Plus, for the bulk of the video Sir Mix A Lot Raps while standing triumphantly atop a huge prosthetic butt, so yeah, it’s pretty classy.

Never has the notion that lyrics don’t actually matter been truer than in the case of Tag Team’s breakout 1993 hit. “Whoomp! (There it Is)” was all over the Billboard charts in spite of the fact that no one knew what the hell “whoomp” was. You’d be hard-pressed to find anyone who actually knew more than a handful of lyrics to the song, but it was still blasted at every major sporting event in the country and was an essential part of possibly the most 90s musical compilation ever assembled, ESPN’s Jock Jams.

They may not have hit puberty yet, but Kris Kross hit America like a ton of bricks. Kids everywhere were suddenly looking at a couple of famous rappers that were the same age as they were, but had more cool and confidence than they ever would (even to this day). Flipping their clothes around backwards and sporting impossibly tiny rubber bands in their hair, Kris Kross were trendsetters. And anyone that wasn’t on board, was obviously just “wiggity-wiggity-wiggity wack.”

Yes, he pretty much just jacked the famous bass line from Queen’s “Under Pressure,” and sure, the track strangely starts out with what sounds like Alvin of Alvin and the Chipmunks demanding “Yo Vanilla, kick it one time boooooy,” but damn, that’s one catchy song. While Vanilla Ice didn’t exactly garner a lot of street cred between his blonde highlighted high-top fade and his American flag jackets, there’s no denying that the guy actually had a pretty decent flow. And also, he had two hits… if you count that song he did in the second Ninja Turtles movie.

From MTV to the Silver Screen: Top 5 Musicians in Movies 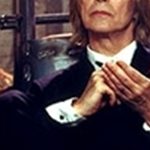