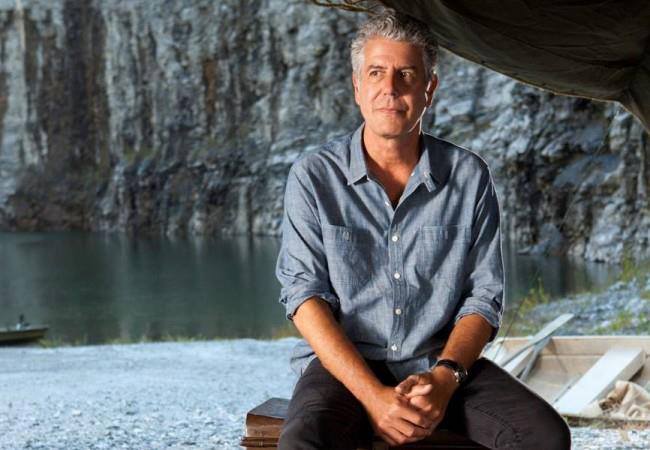 Anthony Bourdain, the man who brought the world to our tables, passed away on June 8, leaving television viewers and fans of his book in shock and at a loss for words. Bourdain changed our lives for the best, and some of his quotes will remain in our memory forever.

Bourdain’s legacy went beyond American kitchens. After kickstarting his career as a widely acclaimed chef, he quickly started exploring other paths in life and taking us with him through his TV shows and books. He was a journalist, a food expert and a social activist with a perceptive mind and unmatchable wit. Traveling all around the world, he brought us a series of eye-opening TV shows that touched the souls, and palates, of millions of viewers.

Bourdain was a gifted storyteller with an exceptional work ethic and an aggressively truthful voice. From A Cook’s Tour to Parts Unknown, he was a master of his crafts. There was only one person who could successfully create a gastronomy show all while shedding the light on sensitive issues in marginalized populations and restaurants, and it was Anthony Bourdain.

He was also a leading male voice in the #MeToo movement, condemning the acts of sexual abuse in both Hollywood and the culinary world. The sad death of Anthony Bourdain, attributed to suicide, continued the current massive national debate about mental illnesses in America. People have come forward with their stories, and awareness campaigns have been launched and shared, encouraging anyone struggling with depression to reach out.

Today, Bourdain is still inspiring us from beyond. In remembrance of his ingenuity and genuine love for humans and cuisine, here are Bourdain quotes that speak to us on a spiritual level.

If you or someone you know is having thoughts of suicide, call the National Suicide Prevention Lifeline at 1-800-273-8255 (TALK) or go to SpeakingOfSuicide.com/resources for a list of resources. The International Association for Suicide Prevention and Befrienders Worldwide also provide contact information for crisis centers around the world. 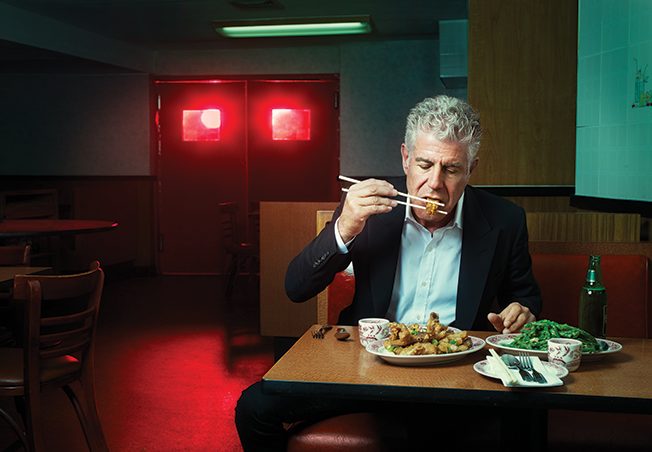 “Food is everything we are. It’s an extension of nationalist feeling, ethnic feeling, your personal history, your province, your region, your tribe, your grandma. It’s inseparable from those from the get-go.”

“Cooking is a craft, I like to think, and a good cook is a craftsman — not an artist. There’s nothing wrong with that: the great cathedrals of Europe were built by craftsmen — though not designed by them. Practicing your craft in expert fashion is noble, honorable and satisfying.”

“Portugal was the beginning, where I began to notice the things that were missing from the average American dining experience. The large groups of people who ate together. The family element. The seemingly casual cruelty that comes with living close to your food. The fierce resistance to change — if change comes at the expense of traditionally valued dishes. I’d see this again and again, in other countries far from Portugal.”

“Your body is not a temple, it’s an amusement park. Enjoy the ride.”

“Travel changes you. As you move through this life and this world you change things slightly, you leave marks behind, however small. And in return, life — and travel — leaves marks on you. Most of the time, those marks — on your body or on your heart — are beautiful. Often, though, they hurt.” 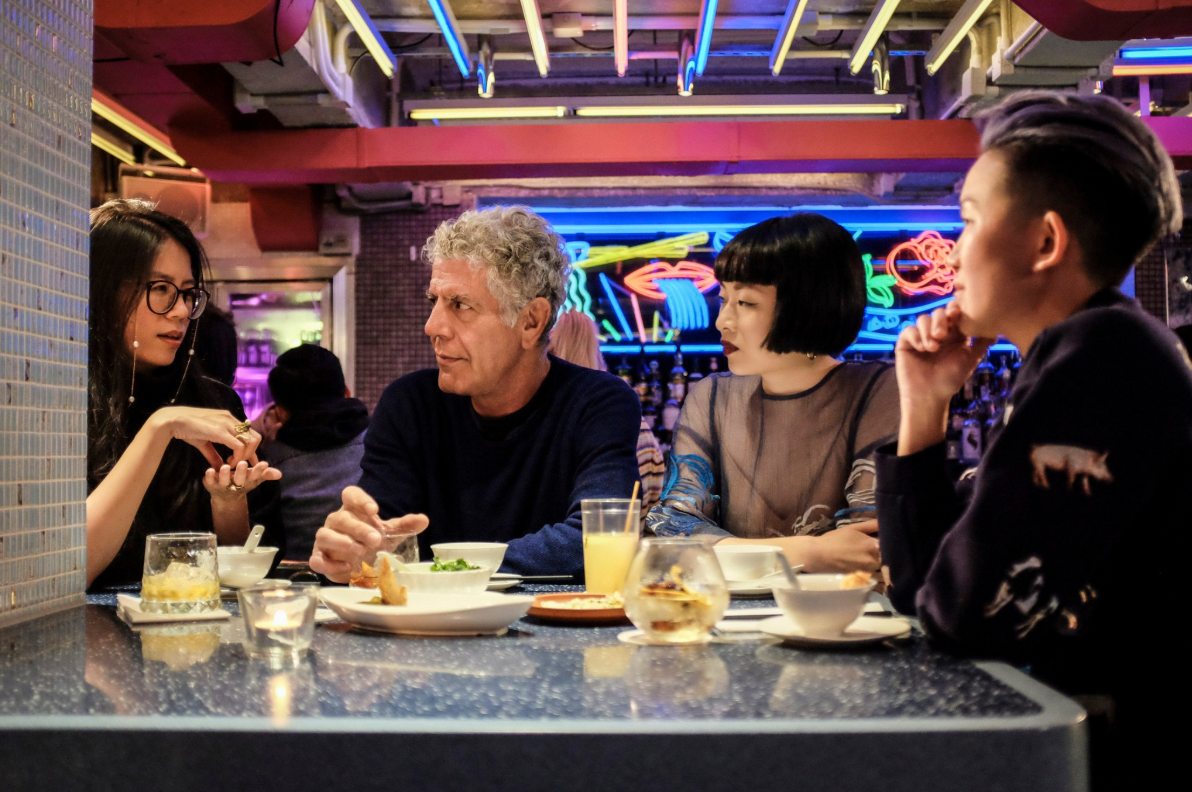 10.) On The Experience of TheJourney

“The journey is part of the experience — an expression of the seriousness of one’s intent. One doesn’t take the A train to Mecca.”

“Don’t lie about it. You made a mistake. Admit it and move on. Just don’t do it again. Ever.”

“I’m a big believer in winging it. I’m a big believer that you’re never going to find perfect city travel experience or the perfect meal without a constant willingness to experience a bad one. Letting the happy accident happen is what a lot of vacation itineraries miss, I think, and I’m always trying to push people to allow those things to happen rather than stick to some rigid itinerary.”

“Skills can be taught. Character you either have or don’t have.”

― Anthony Bourdain, Medium Raw: A Bloody Valentine to the World of Food and the People Who Cook 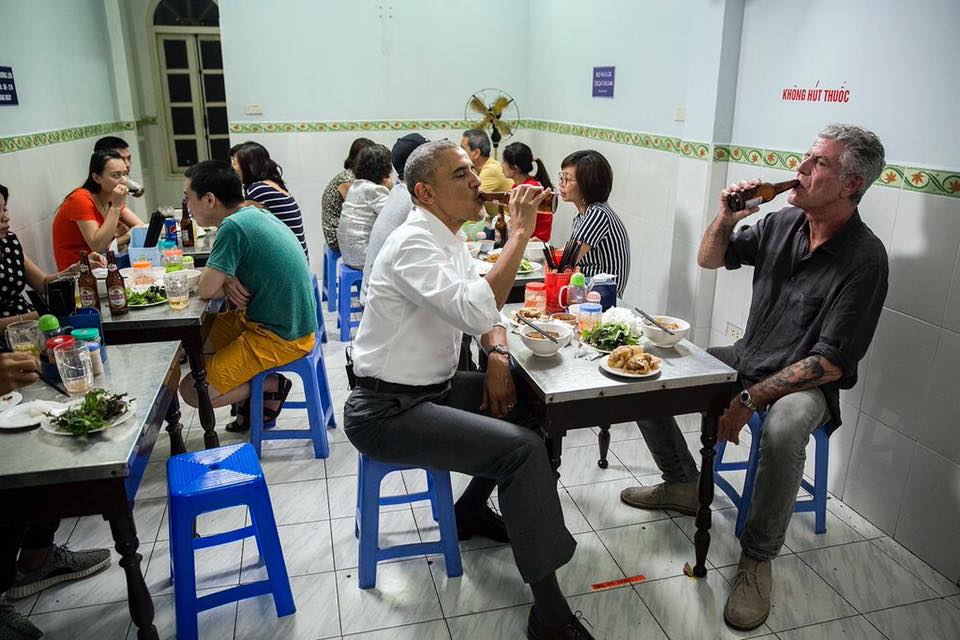 “It’s those little human moments that are the ones that stick with you forever, the random acts of kindness.”

“Maybe that’s enlightenment enough: to know that there is no final resting place of the mind; no moment of smug clarity. Perhaps wisdom … is realizing how small I am, and unwise, and how far I have yet to go.”

“Looking at these photographs, I know that I will never understand the world I live in or fully know the places I’ve been. I’ve learned for sure only what I don’t know — and how much I have to learn.”

― Anthony Bourdain, No Reservations: Around the World on an Empty Stomach

“[When I die], I will decidedly not be regretting missed opportunities for a good time. My regrets will be more along the lines of a sad list of people hurt, people let down, assets wasted and advantages squandered.”

“If I’m an advocate for anything, it’s to move. As far as you can, as much as you can. Across the ocean, or simply across the river. Walk in someone else’s shoes or at least eat their food.”

What do you think of these Anthony Bourdain quotes? What’s your favorite one? Let us know in the comments, and for more inspiration, check Stephen Hawking’s quotes that left us inawe!